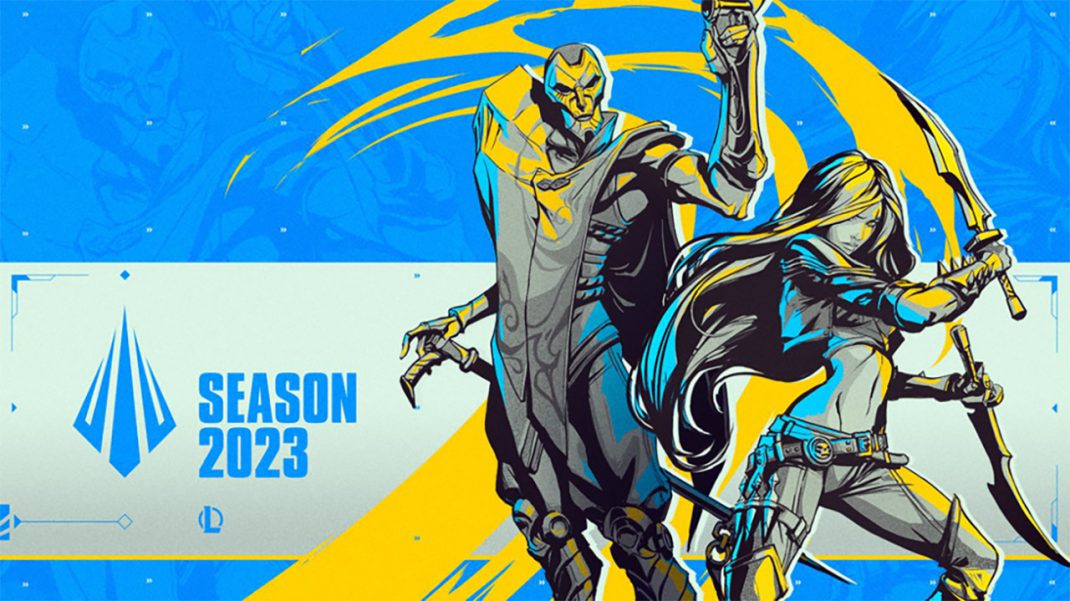 Today, Riot Games kicked off the start of Season 2023 in the world’s most popular MOBA with a video that previewed what’s to come in League of Legends and LoL Esports. The event acts as the official beginning of the League of Legends Ranked and tournament season for both everyday and professional players, respectively, and also serves as a moment to update players on upcoming content for the year. The League of Legends team discussed the Ahri ASU (Art and Sustainability Update), the Aurelion Sol CGU (Comprehensive Gameplay Update), the Mid-Year Ranked Reset, the 2023 Champion roadmap, and more. In addition, LoL Esports previously announced a brand new competitive event, Season Kickoff, to celebrate the start of Season 2023, which will begin January 10.

The ranked season has officially begun! Make your mark on the new year and your Ranked climb with the Season 2023 Missions and earn the following rewards:

Starting this year, the two Ranked Splits will have a Ranked Reset in between, with rewards to match, in an effort to bring League up to modern-day expectations and to address pain points around the stress of avoiding decay or demotion in the middle of the year.

From January 10-11, the LCS, LEC, LCK, LPL, LJL, CBLOL, LLA, PCS, and VCS will host a special two-day broadcasted event previewing the 2023 season and highlighting the players to watch this year, giving fans a first look at Season 2023 on the Rift, and a peek at what’s in store for LoL Esports in 2023.

All pro teams in each of the nine leagues will send players to compete in the Kickoff event. It’s up to each region to determine how teams are drafted, so you might see different methods in the LCS versus the PCS. The games will be best-of-3’s on Summoner’s Rift with no champion bans or repeats. Each of the pro teams represented on the winning team will be able to create an emote with our designers to be added into League of Legends

The Kickoff event will replace the League of Legends All-Star Event. While All-Stars has provided players and fans with countless special moments over the years, the current calendar can be challenging for many All-Star players. Replacing All-Stars with the Season Kickoff event provides a much-deserved break for pro players and an exciting new platform for fans that will supplement the end-of-year local competitions and celebrations that regions typically hold during this period.

To celebrate all the changes coming to the jungle, League of Legends is holding a special social impact challenge for players around the world. For every 100 Season 2023 in-game missions players complete by January 24th, Riot Games will contribute $1 to the Riot Games Social Impact Fund, a donor advised fund account sponsored by ImpactAssets, to support environmental conservation efforts, up to $1M total.

For more information on League of Legends and LoL Esports, visit leagueoflegends.com and lolesports.com