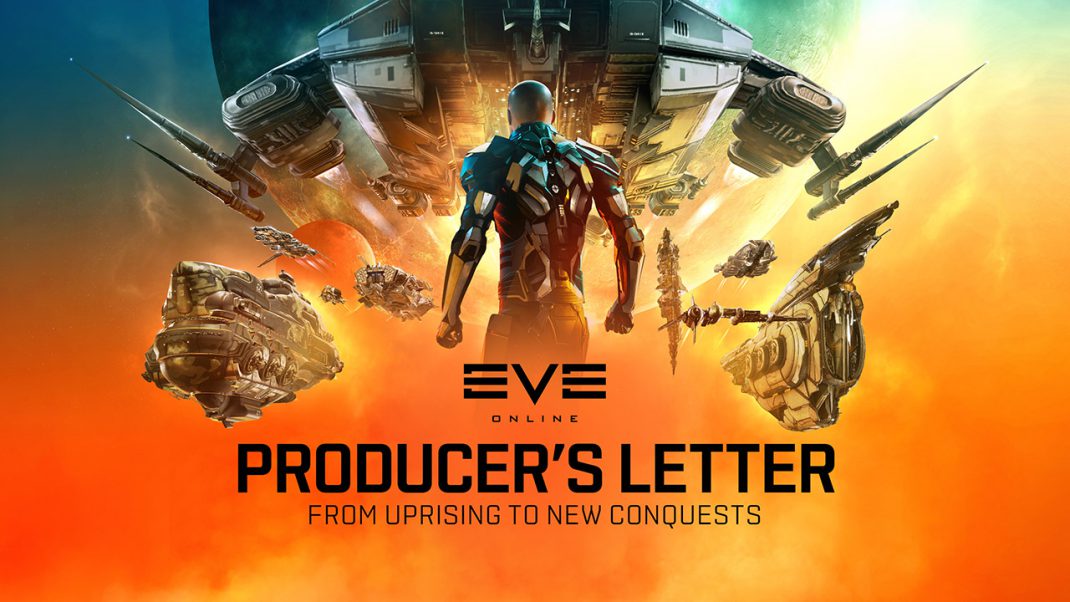 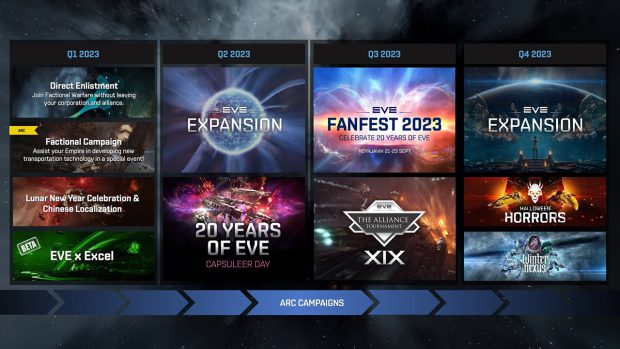 Watch CCP Games discuss their 2023 plans in the stream recording here and learn more in the blog post here.

“2022 was huge for EVE, but 2023 is going to be monumental,” said CCP Games’ Creative Director, Bergur Finnbogason. “As we now enter this majestic third decade of EVE, our roadmap only scratches the surface of what we have in the works. We will continue to evolve the future of war with two expansions arriving later this year, bringing a wealth of new events, content, and features for players and our incredible community to look forward to.”

Pilots can look forward to two robust content expansions in 2023. Building upon the dynamic narrative introduced in the Uprising expansion, upcoming content updates offer fresh storylines, new features, and invigorating events around New Eden. Starting with the Direct Enlistment feature launching in Q1 2023, players can seamlessly join Factional Warfare events without leaving their corporations or alliance mates. Additional updates to the EVE Evolved initiative and Factional Warfare system will be available in the coming months.

In partnership with Microsoft, EVE Online players with an Omega subscription can import data directly from EVE’s API into Microsoft Excel using a native Excel Plugin when the feature launches in May. Revealed at EVE Fanfest 2022, Excel feature compatibility enables players to access and calculate everything from profit margins to battle strategy, making day-to-day EVE operations easier to execute. Eager pilots can apply to participate in the closed beta at the end of January.