Snow may be on the ground, but Hell is still blazing and burning bright as ever following Blizzard Entertainment’s announcement during The Game Awards that Diablo IV will officially launch on June 6, 2023.

To celebrate the news, Blizzard is proud to announce a new Diablo IV Limited Collector’s Box ($96.66) coming to the Blizzard Gear Store for pre-order on December 15, 2022. This scorching hot bundle of premium collectibles will bring the ultimate salvation for heroes of Sanctuary. Tune into the Diablo IV Developer Update Livestream that day, starting at 11:00AM PST, for an overview of the box’s contents, like… 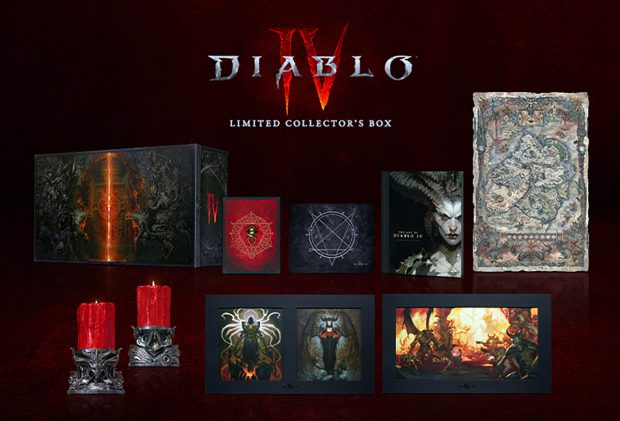 Fans are also invited to visit the Blizzard Gear Store today for other new Diablo merch, including the Diablo IV Inarius Collector’s Edition Pin, the Diablo: Tales From the Horadric Library (A Short Story Collection), Diablo IV and Diablo Immortal t-shirts, and more!

*Note: The Diablo IV Limited Collector’s Box does not include a copy of the game—this is a separate purchase. Also, players located in South Korea and Australia will have additional retail options to purchase from announced soon.