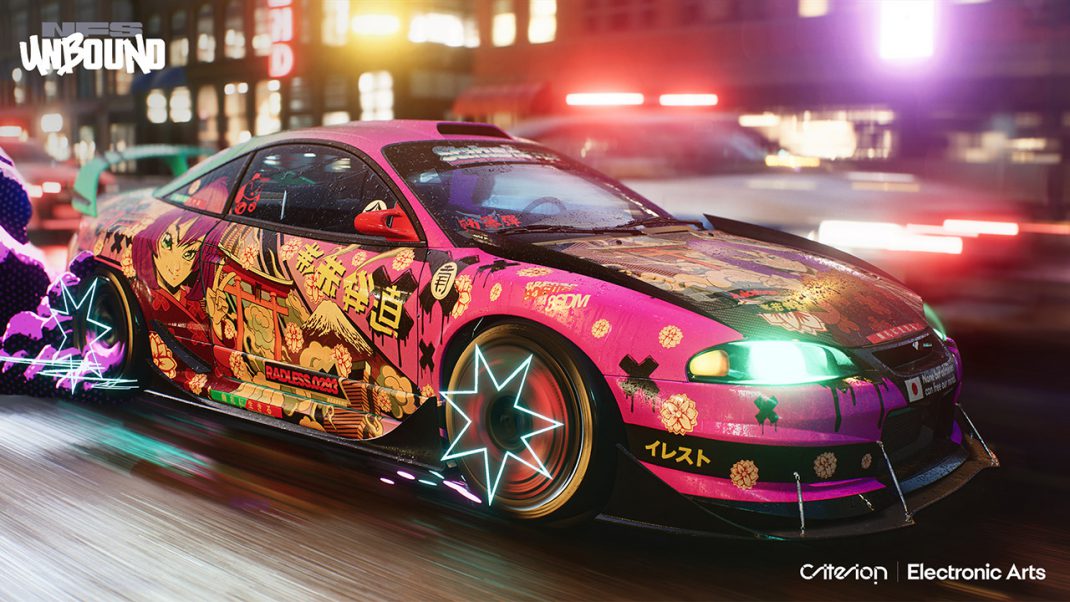 Time to rev up those engines and turn up the bass. Electronic Arts Inc. (NASDAQ: EA) and Criterion Games™ have announced their genre-defying one-of-a-kind soundtrack to Need for Speed™ Unbound — releasing worldwide on December 2. Built to bump at any street race, Need for Speed Unbound’s curated soundtrack features trailblazing global artists from the worlds of electronic music and hip-hop. Showcasing a range of global talent, like A$AP Rocky, Brodinski, SCH, Lous and the Yakuza, Alina Pash, Slikback, Villano Antillano, The Synaptik, COUCOU CHLOE, Balming Tiger and Shirin David, the extensive track list gives players worldwide the ability to discover new artists while drifting through the streets of Lakeshore. For the first time ever in Need for Speed, players can also customize their cars with decals from a selection of music artists featured in the soundtrack.

Multi-hyphenated artist, entrepreneur, actor and fashion icon, A$AP Rocky and his creative agency AWGE premiered his new track “Sh*ttin’ Me” in the Need for Speed Unbound reveal trailer and it will be an exclusively licensed track in the game. A$AP Rocky’s track “Sh*ttin’ Me” and the music video for the song will debut on Friday, December 2. The soundtrack features songs from AWGE artists, including Kelvin Krash, slowthai, Smooky MarGielaa, Thoto, and ICYTWAT, plus A$AP Mob favorites A$AP Ant and A$AP Ferg. A$AP Rocky appears in-game as the leader of the Takeover Events, a new replayable precision driving mode that brings together the community to take over parts of the city and celebrate driving with style over pure speed.

When players aren’t vibing to up-and-coming artists, they can immerse themselves in the original genre-blending score composed by Brodinski, the French electronic and hip-hop producer and founder of the French electro label Bromance Records. Brodinski has formed a close relation with the underground rap community in Atlanta and has dedicated his career to mentoring and promoting the region’s young, talented rappers. His collaborations with Tohji, JMK$ and Peewee Longway are also featured in the Need for Speed Unbound soundtrack. You can listen to Brodinski’s original score on Spotify starting on December 2.

Need for Speed Unbound puts players worldwide in the driver seat of their own street racing fantasy as they outsmart cops and prove they have what it takes to win The Grand, Lakeshore’s ultimate street racing challenge. The game features an all-new, unique visual style blending elements of street art with the most realistic looking cars in the franchise’s history.