Creation Entertainment’s THE 56-YEAR MISSION: LAS VEGAS event (also known by fans as the official Star Trek convention) still has some general day admission passes left – albeit, not many. The event runs from August 25th through August 28th at Bally’s Hotel and Casino in Las Vegas, NV. It features a host of panels, celebrity guests, cosplayers, and a lot more. While the bundle passes have all sold out, it looks like some day passes remain for Thursday and Sunday. So, if you’re interested in attending, you still have a chance! But, you better get them while they’re hot.

Check out the official Creation Entertainment website for the convention as well as ticket information at the link. 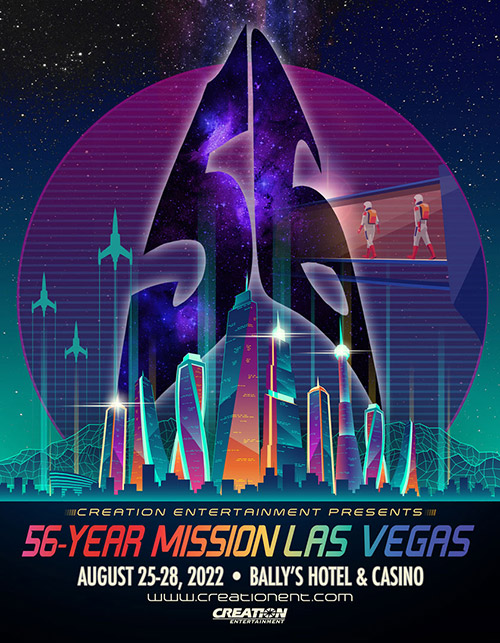