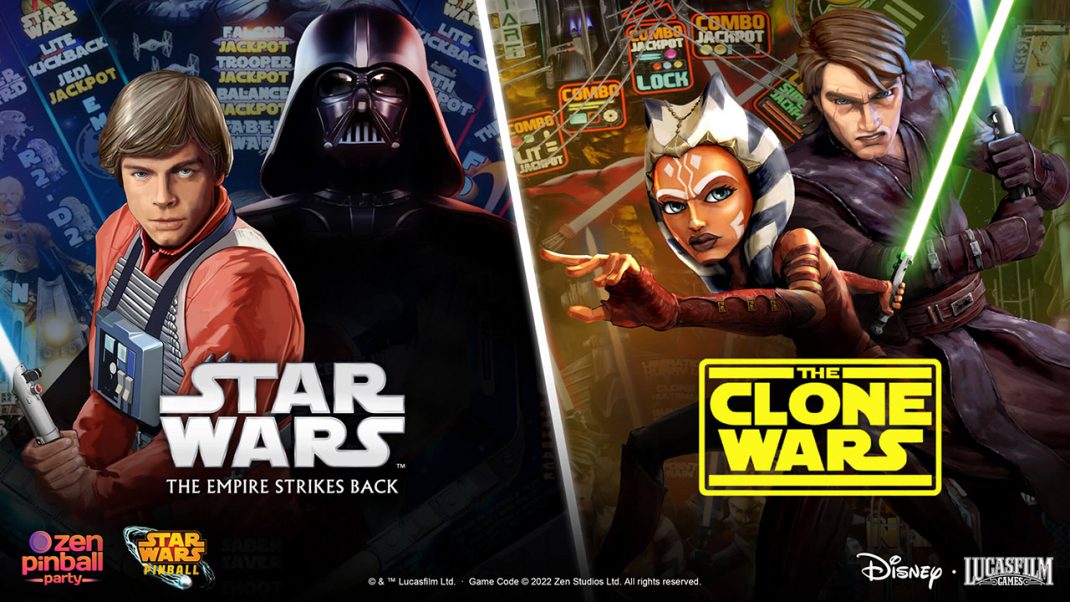 “Star Wars™ Pinball” is available today for Zen Pinball Party on Apple Arcade! Relive some of the greatest moments in the Star Wars saga in pinball form with this free content update featuring two new tables with characters and music from Star Wars™: Episode V – The Empire Strikes Back and Star Wars™: The Clone Wars.

Join the rebellion against Darth Vader and the evil Emperor in “Star Wars: Episode V – The Empire Strikes Back.” Fight alongside Luke Skywalker, Han Solo, Princess Leia, Chewbacca, Lando Calrissian, R2-D2 and C-3PO as you journey at lightspeed from Hoth to Cloud City and beyond.

In “Star Wars: The Clone Wars,” you’ll team up with legendary Jedi™ Knight Anakin Skywalker™ and his courageous Padawan apprentice, Ahsoka Tano™, in a battle to save the Republic and stop the most dangerous Sith™ assassins in the galaxy.

Available exclusively on Apple Arcade, Zen Pinball Party brings you dynamic tables inspired by fan-favorite properties like DreamWorks Animation’s Trolls, Kung Fu Panda, and How to Train Your Dragon; Hasbro’s MY LITTLE PONY; and golden age classics from Bally/Williams such as Theatre of Magic, Medieval Madness, and Attack from Mars. Enjoy the best physics simulation in digital pinball, challenge your friends for high scores in multiplayer, and test your skills against the world in online tournaments!