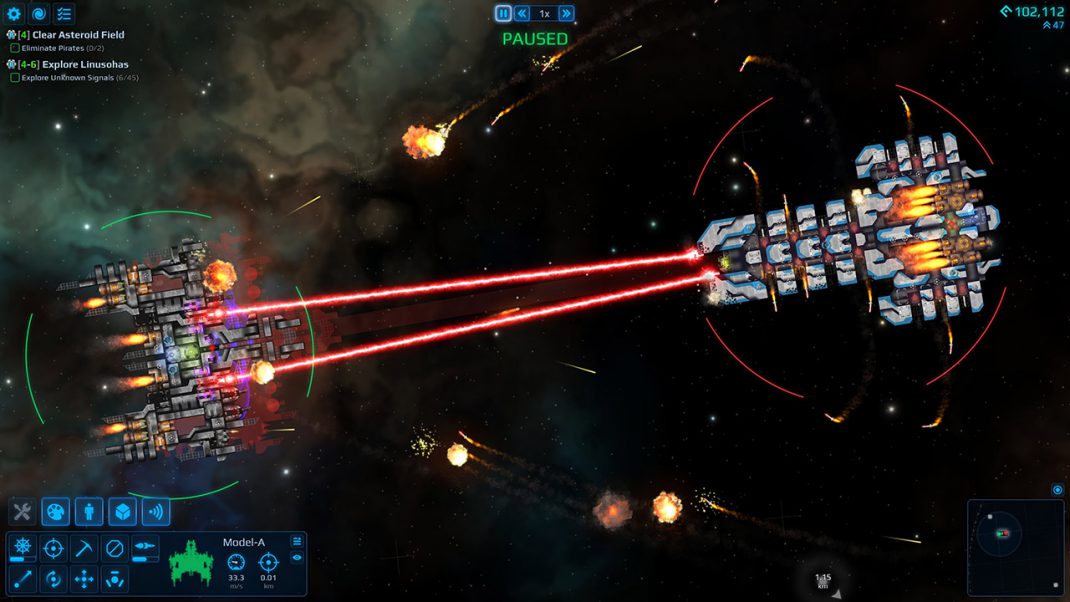 Create the perfect starship in Cosmoteer: Starship Architect & Commander, a starship building simulator launching into Early Access this fall on PC. Build ridiculously elaborate starships to battle enemies, fight other players or explore the stars. Your ship’s crew are its lifeblood and the ship’s design is key to its survival.

Cosmoteer offers a ship creator that’s easy to use but offers infinite depth. Players can fully customize their ship’s shape and floor plan however they’d like, choosing where to place modules such as weapons, engines, reactors, and crew’s quarters. Every decision impacts its effectiveness in combat. Ship designs can also be easily shared with other players via Steam Workshop or Discord.

A ship’s crew is what keeps it running. Ships crews can range from a half-dozen to a thousand or more people. Each crew member performs tasks such as flying the ship, operating its weapons, and carrying munitions. How effective the crew and ship design is will be put to the test in Cosmoteer’s explosive physics-driven combat. Target specific parts of ships from an enemy weapons or targeting their reactor to go for the kill.

Become the most famous “Cosmoteer” in the galaxy in the single player career mode or team up with friends in co-op multiplayer. Cosmoteer also offers several PvP modes where players can test their design and command skills against each other. Not ready to face off against other ships? Try out Creative Mode where you can design cool starships without limits, alone or with friends.

Cosmoteer: Starship Architect & Commander lands on PC later this year. Aspiring ship designers can wishlist the game on Steam now, and keep an eye out for an updated demo during Steam Next Fest in October. Interviews with the developer are available upon request.