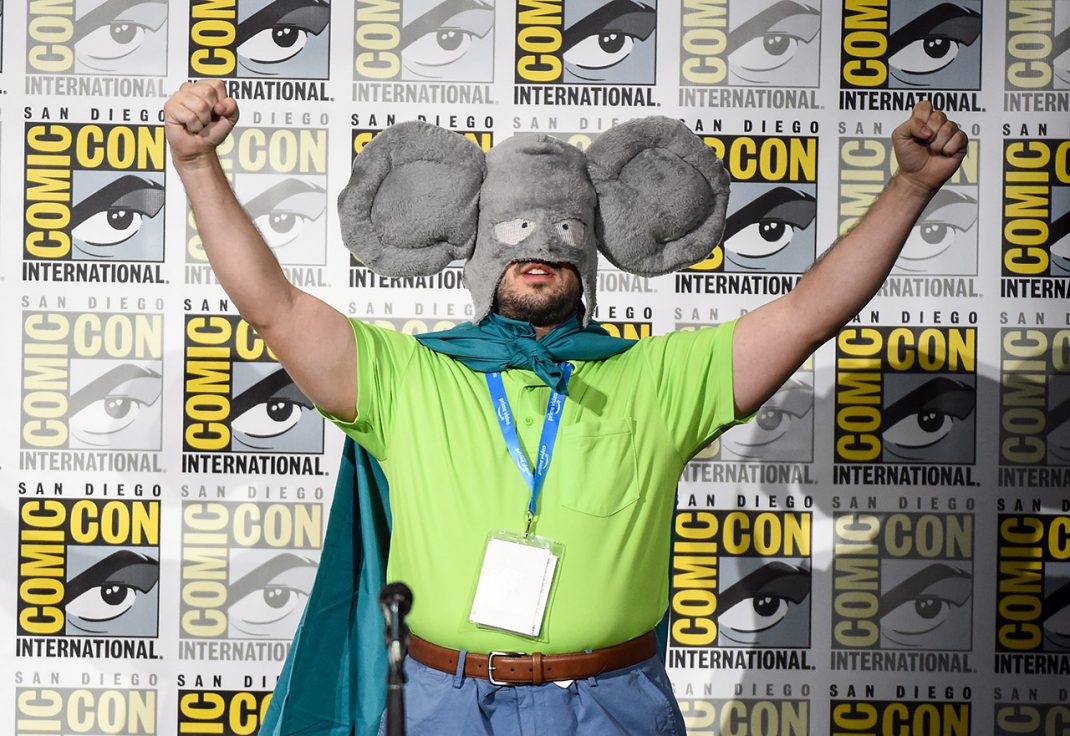 “Koala Man” follows middle-aged dad Kevin and his titular not-so-secret identity, whose only superpower is a burning passion for following rules and snuffing out petty crime in the town of Dapto. Though it may seem like any other Australian suburb, forces of evil both cosmic and man-made lie in wait to pounce on unsuspecting Daptonians. On a quest to clean up his hometown, and often roping his frustrated family into his adventures, Koala Man stands at the ready. He’ll do whatever it takes to defeat villainous masterminds, supernatural horrors, or worse: jerks who don’t take their rubbish bins down on the proper days. 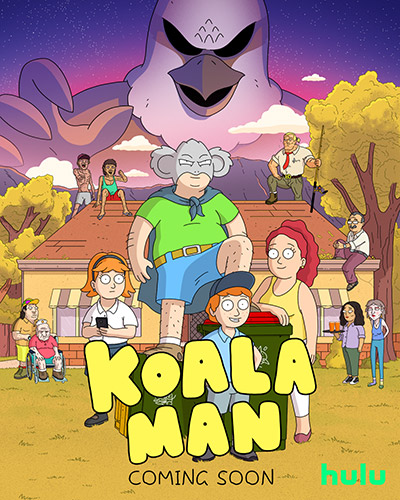 SARAH SNOOK AS “VICKY” (New Casting Announcement)
Vicky thinks her husband Kevin is just going through a phase. While she tolerates Koala Man, she hopes Kevin will snap out of whatever bizarre mid-life crisis he’s going through. Vicky sincerely loves Kevin for his reliability, but now that his Koala Man duties are making him less reliable, Vicky’s questioning if settling down was the right choice. She sees how dedicated Kevin is to being Koala Man and, as the school canteen lady, feels like she’s missing having a passion in life.

DEMI LARDNER AS “ALISON” (New Casting Announcement)
Alison, Liam’s 35-seconds-older twin, has an almost sociopathic preoccupation with being popular. Ruthlessly intelligent, determined, and manipulative, Alison knows exactly how many followers you have on IG. She’s got a list of all the coolest kids and a plan to destroy them so she can rise the ranks. To do so, Alison tries to distance herself from Liam, Vicky, and Koala Man, staying laser-focused on becoming The Most Powerful Girl in School.

HUGH JACKMAN AS “BIG GREG” (Recent Casting Announcement)
The most well-liked man in Dapto and the head of the Town Council, Big Greg has only known success. Formerly the host of Fishing Big with Big Greg, Australia’s third most popular fishing show, Big Greg has ridden his celebrity into a trusted position in Dapto. As Kevin’s direct supervisor, Big Greg makes Kevin feel inadequate as a provider and a man. To add insult to injury, Daptonians constantly credit Big Greg for Koala Man’s work saving the town.

MICHAEL CUSACK AS “LIAM”
Liam is Kevin and Vicky’s wimpy shrimp of a 13 year old son. Liam’s credulous, romantic, and the uncoolest kid in Dapto, possibly in the entire state of New South Wales, maybe even in all of Australia. Liam thinks his dad moonlighting as Koala Man is so cool, even though the kids at school hate Koala Man. He’s similarly proud that Vicky works at the canteen and unashamed of being a mummy’s boy. Liam’s perfect day would include painting Swordstorm figurines, playing computer games, and dinner at an American restaurant.

MICHAEL CUSACK AS “KEVIN”
Kevin believes that there are rules all members of society must abide by in order to live happy and productive lives. Of course, he’s apparently the only one in his hometown of Dapto who feels that way. A seemingly unremarkable man with an actually unremarkable job as the IT coordinator for the Town Council, Kevin knows if his fellow citizens could just see things his way, they’d see that’s the right way. Unfortunately, there’s injustice in every direction. If only Kevin had some way of righting those wrongs, of combating the forces of evil that threaten Dapto… if only he had…

…an alter-ego. KOALA MAN is Kevin’s superhero identity. Koala Man takes to the streets to do things Kevin can’t do in his civilian life. From confronting interdimensional aliens to making sure everyone’s grass length adheres to local ordinances, there’s no crime too big or law too obscure for Koala Man.

MICHAEL CUSACK AS “DARREN” & “DAMO”
Dapto’s least favorite sons, Darren & Damo are drug-addled, low-level criminal ne’er-do-wells who always seem to find themselves running afoul of Koala Man. To say they are Koala Man’s nemeses would be to give them too much credit, as they seem to share a single brain cell between them.