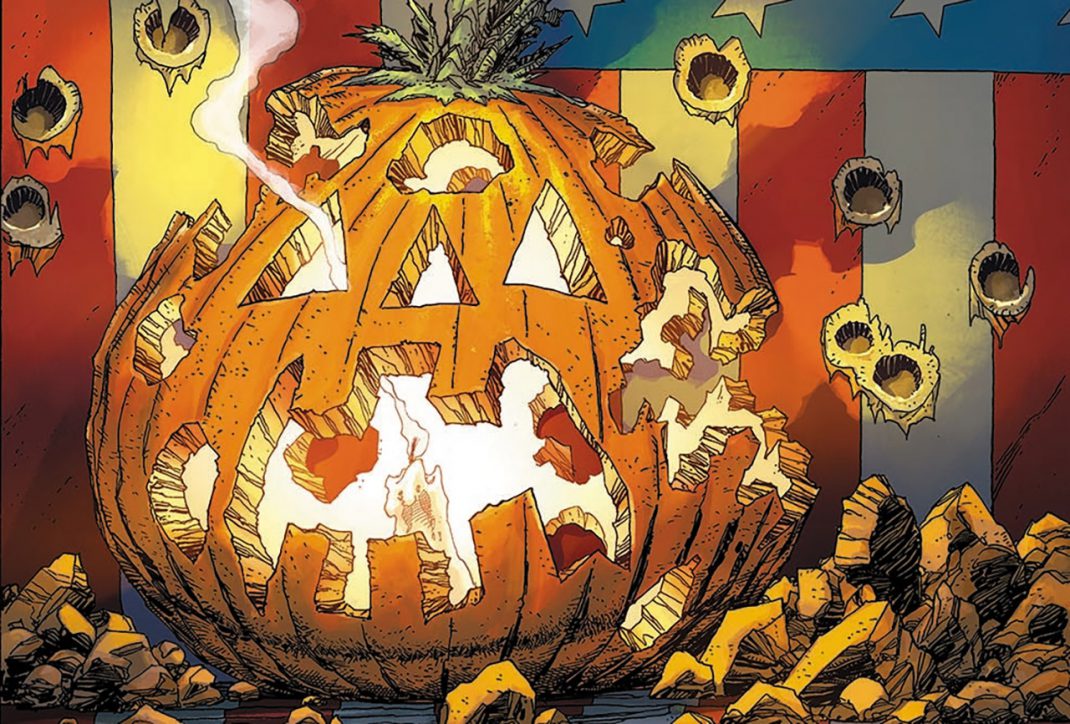 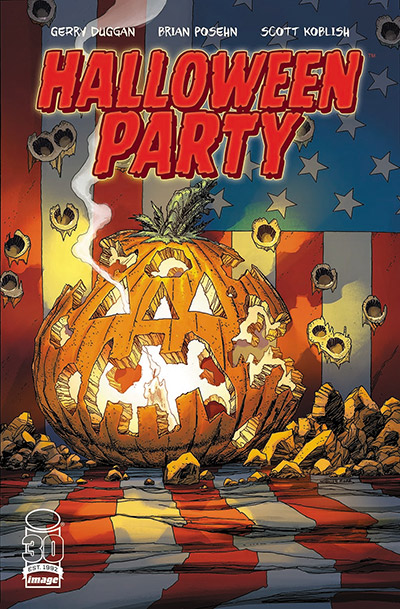 The Deadpool creative team of Brian Posehn, Gerry Duggan, and Scott Koblish reunite for an all-new one-shot story starring the beloved Scotch McTiernan in Halloween Party. This hilarious new one-shot will land on shelves from Image Comics this October.

It’s a scary time in America—and we’re not talking about the razors in the candy anymore. When you might get murdered in a mass shooting, the clowns, monsters, and other creatures that go bump in the night have a harder time doing their job. It’s a hilarious bummer at this year’s monster mash. Scotch McTiernan and Weed Thing return and readers are introduced to some new favorites.

“All the dumb fun we had on 4-20 is back but this time in Halloween masks. We’re laughing our asses off, and can’t wait to invite you over to this year’s Halloween Party,” said Duggan. “Wear kevlar—it’s dangerous out there.”

Koblish added: “It’s time to grab another swig of Scotch! This time Scotch McTiernan returns for the Halloween season and we are pulling out all the stops on drawing every kind of monster we can conceive of—check under your bed, in your dreams, in your closet, in the woods, under the bridge, the back seat of your car and in the mirror behind you, because I might’ve drawn those guys too! This is our hilarious love-letter to everything terrifying, so pick up a copy, before it chases you down!”

Halloween Party will also be available for purchase across many digital platforms, including Amazon Kindle, Apple Books, and Google Play.