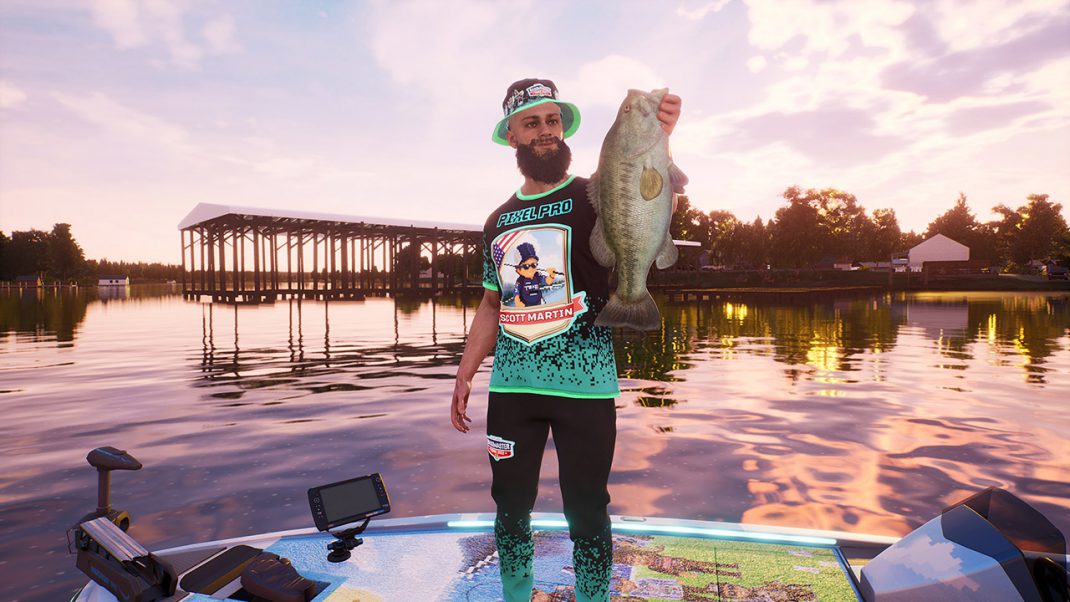 Dovetail Games, developer and publisher of authentic sports simulation titles, released the “Pixel Pro Pack” for Bassmaster® Fishing 2022, launching on PlayStation®5, PlayStation®4, Xbox Series X|S, Xbox One/Xbox One X, and Windows PC via Steam and the Epic Games Store. The “Pixel Pro Pack” is now available for owners of the “Retro Cosmetic Season Pass”, available for a MSRP of $10.99/€9.99/£7.99, and includes both the “Synthwave Cosmetic Pack” released in June as well as the upcoming “Throwback B.A.S.S.® Pack” releasing in August. Separately, the “Pixel Pro Pack” is available for $5.99/€4.99/£3.99 individually and will be available to non-Season Pass holders on July 21.

Anglers can now sport their favorite Bassmaster® Elite Series™ Pro Anglers, such as cover star Scott Martin, on their clothing with a host of retro items such as the Pixel Pro T-Shirt, bucket hat and pants. Two tiers of Mastery challenges will have anglers conquer unique tasks on the water to unlock the brand-new Pixel Pro Sneakers to complete their look. To complement their new outfit, an original boat wrap featuring the full lineup of Bassmaster® Elite Series™ Pro Anglers, pixel art inspired Bassmaster® Fishing 2022 logo, and emissive light up strips has been added to amaze and dazzle their fellow anglers.

“Retro Cosmetic Pack Season Pass” owners can also look forward to the release of the Throwback B.A.S.S.® Pack in August, bringing the old school B.A.S.S.® look to the game. The Pack will introduce a variety of vintage Bassmaster® designs and badge patches spanning the groovy 70’s, radical 80’s, and extreme 90’s. The publisher will reveal additional details about the final DLC bundle when it launches in August.

Bassmaster® Fishing 2022 was released on Oct. 28, 2021, in North America and Europe on the PS5™, PS4™ system, Xbox Series X|S, Xbox One/Xbox One X, Windows PC via Steam, and Xbox Game Pass. The game is also now available on Nintendo Switch™ via the Bassmaster® Fishing 2022 – Super Deluxe Edition, which released on June 23, 2022. The game is rated “E for Everyone” by the ESRB. For regular updates on additional content coming post-launch, please visit www.bassmasterthegame.com.