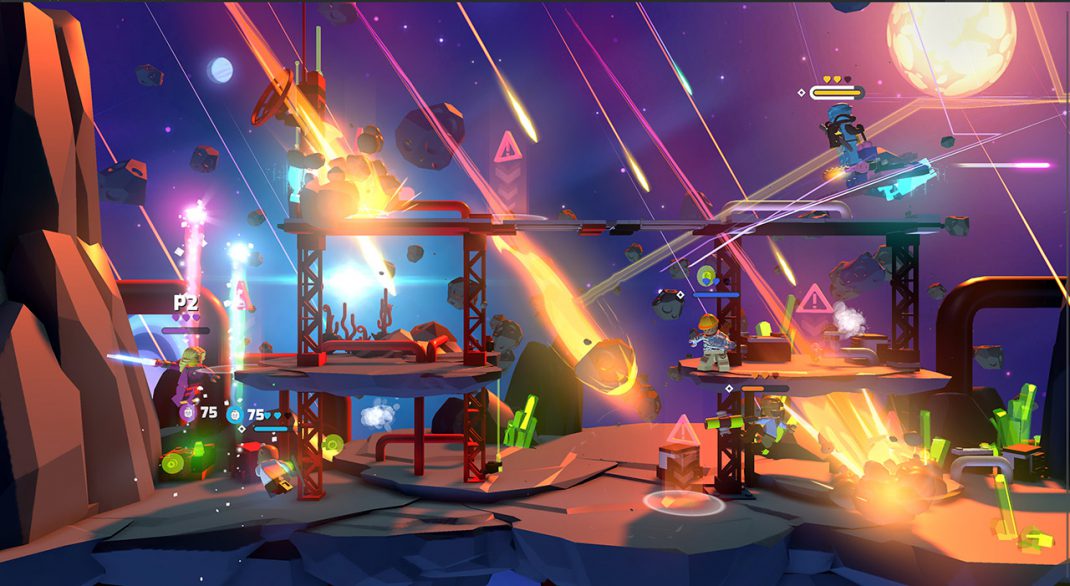 The first team action brawler set in the LEGO® universe, LEGO Brawls, will hit gaming consoles worldwide on September 2, 2022. The LEGO Group premiered the official game trailer during LEGO CON 2022 in support of the release date announcement. Pre-orders are now available for Nintendo Switch™, PlayStation® 5, PlayStation® 4, Xbox Series X|S, and Xbox One. PC players can try out their brick bashing skills with an exclusive gameplay demo on Steam.

A first for the genre, LEGO Brawls enables players to build and compete with customizable minifigures and load-outs tailored to each player’s preference and play style. The multiplayer platformer combines competitive gameplay strategy with light-hearted minifigure mayhem and roughhousing. Players will battle with unique LEGO power-ups, from chickens to hot dog stand shooters to a flying rocket shaped like a fist. They’ll unlock minifigures, power-ups, and emotes as they play through fan-favorite LEGO themes and tussle their way to the top of the global leaderboard.

“With LEGO Brawls we really showcase the possibilities of LEGO games. The game is packed with LEGO fun, with it’s family-friendly gameplay and awesome minifigure customisation. We can’t wait for LEGO fans of all ages to build their minifigure hero and begin their action-packed adventures in LEGO Brawls,” said Murray Andrews, Head of Publishing, LEGO Games.

Developed and published in partnership with Red Games Co. and distributed in physical format for consoles by Bandai Namco Entertainment America Inc., LEGO Brawls has a range of multiplayer modes, unique challenges, and win conditions. Players can team up and brawl 4v4, party with friends, or play a game mode where it’s every minifigure for themself.

“LEGO Brawls was built on the concept that anyone, anywhere, can be a champion through a rare combination of self-expression, team collaboration, and spunk,” said Brian Lovell, CEO of Red Games Co. “We’re thrilled that the game will enable friends, families, and fellow LEGO fans near and far to connect and compete through fun, friendly brick battles.”

Pre-orders are now available via Microsoft Store for Xbox, Bandai Namco Store, and retailers around the world, and will be coming to Nintendo eShop this week. Stay up-to-date on the latest LEGO Brawls news, special events, and offers at www.legobrawlsgame.com.