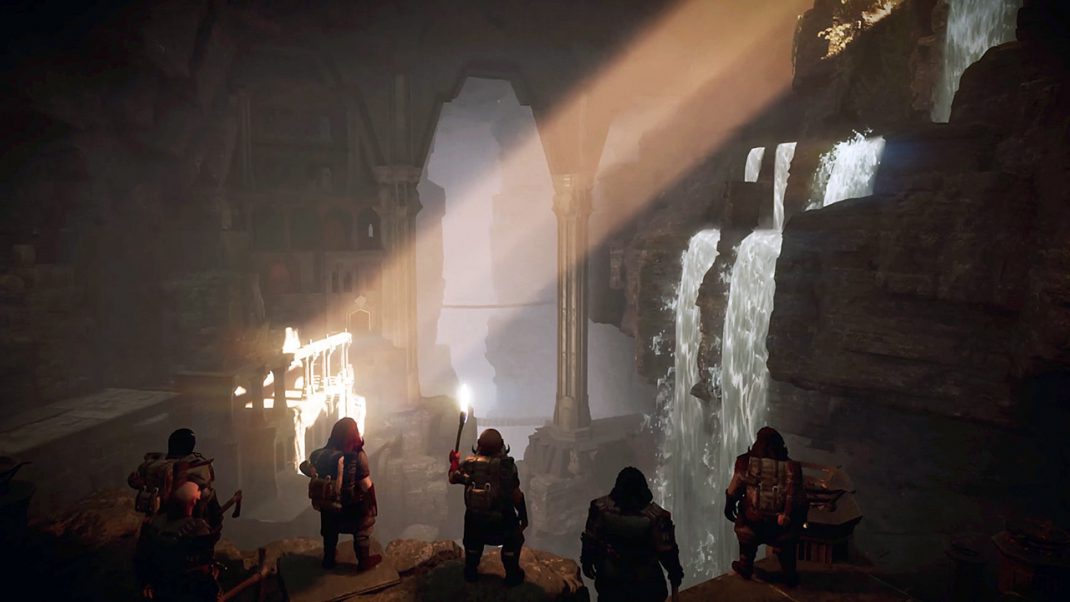 The Lord of the Rings: Return to Moria Announcement Trailer

“We’re beyond excited for the Dwarves to return to Khazad-dûm! Thanks to our friends at North Beach Games and Free Range Games, we’ll delve deep into the Misty Mountains together, by this time next year. We do hope you’ll join us!” Middle-earth’s Fredrica Drotos enthusiastically exclaimed.

The story of The Lord of the Rings: Return to Moria takes players beyond the books and into the Fourth Age of Middle-earth, the fantastical world created by J.R.R. Tolkien. Summoned to the Misty Mountains by Lord Gimli Lockbearer, players take control of a company of Dwarves tasked to reclaim the lost spoils from the Dwarven homeland of Moria—known as Khazad-dûm or Dwarrowdelf—in the depths below their very feet. Their quest will require fortitude, delving deep into the Mines of Moria to recover its treasures. Players will join forces to survive, craft, build and explore the iconic, sprawling mines. Courageous expeditioners will need to be vigilant as mysterious dangers await.

“We at Free Range Games are absolutely thrilled to finally reveal The Lord of the Rings: Return to Moria,” said Chris Scholz, CEO of Free Range Games. “J.R.R. Tolkien and all of his creations within Middle-earth are near and dear to our hearts, and this project presents an amazing opportunity to create new experiences born from one of the greatest stories ever told. We are pouring a lot of passion into the game to give players an unforgettable experience.”

The game offers endless experiences by featuring a procedurally generated Dwarven realm of Moria, so no two adventures will be alike, and every expedition is traversable either solo or online with companions. Players can mine to craft greater gear and resources, but beware, mining makes noise, and noise created in the quiet deep threatens to awaken the dangers below: where there’s clatter, there’s combat. Excavate the mysteries of three legendary mountains, extract precious metals, scrape to survive, and battle unspeakable forces to learn the secret of the Shadow that lurks within.

The Lord of the Rings: Return to Moria Key Game Features: