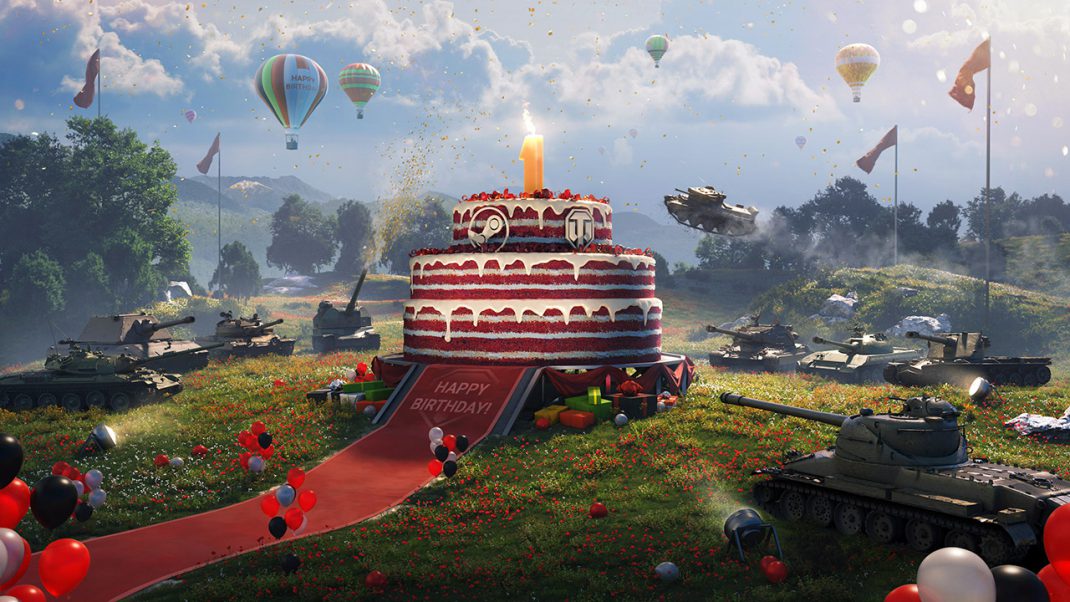 World of Tanks has been live on Steam for one whole year already and that means it’s time for a party! From May 13 through May 23, Steam players can participate in the Anniversary Giveaway, enjoy exciting in-game activities and get the iconic British Tier VI tank Cromwell B as part of the free ‘Lightweight Fighter Pack’ DLC (worth 18.99 USD).

Celebrate with Tankers from around the Globe

In World of Tanks on Steam, players can master five different vehicle types with 11 different nations and over 600 vehicles, explore unique maps based on fields and cities from all across the world and perfect their skills in different game modes that will challenge their teamwork or individual tactics.

Bolster Your Tank Stable with the Cromwell B… for free!

Obviously, it’s not a birthday party without presents and that is why Wargaming has decided that everyone who joins in the festivities on Steam will have their own gift to unwrap: the Tier VI British Cromwell B tank. That means all budding commanders will get an enjoyable battle-ready vehicle as a part of a DLC bundle worth 18.99 USD for free! But what makes it such a joy to play?

The famous British Cromwell tank is super fun because of its decent speed, mobility and rapid reload time. Tankers can outmanoeuvre or flank their enemies and go help teammates or just spot from one side of a map to the other quickly. The Cromwell B allows for various styles to play and can be the difference between victory and defeat!

In the “MISSIONS” section of the Garage, each player can find special Anniversary Missions, available until the end of the event on May 23rd. There are five missions in total, and they can be completed consecutively. Tankers will be rewarded with in-game resources and special anniversary tokens after completing these missions, and the token rewards can be used to purchase various anniversary rewards, such as: Garage Slots, Consumables, Credits, a Universal Manual for crews, the ‘Flora’ 2D Style and more. Additionally, players should also check out the in-game store as they will find a surprise package there waiting for them.