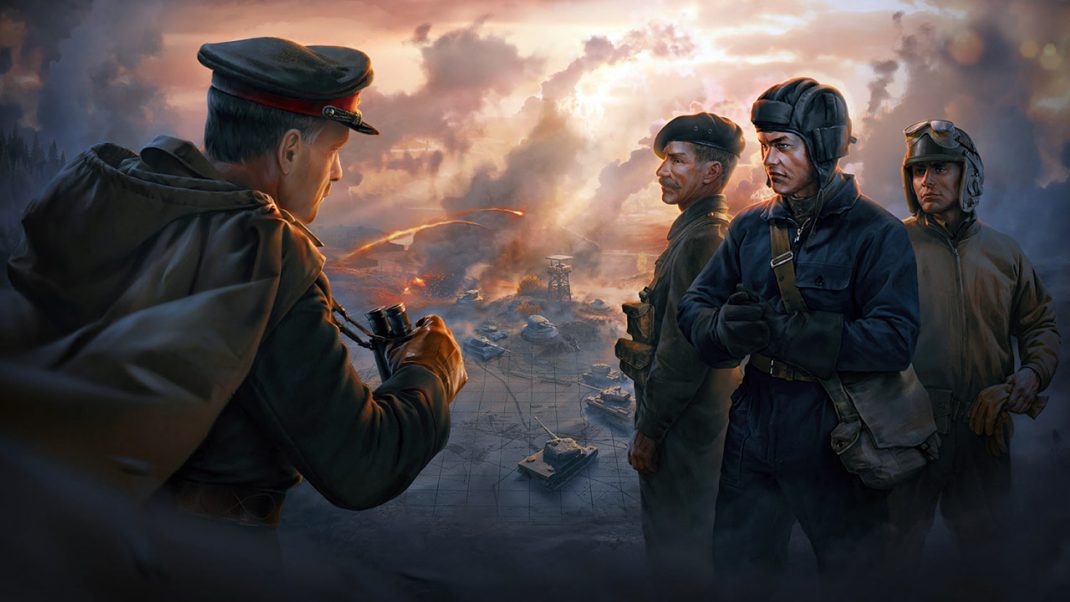 World of Tanks is more than just pure steel and firepower; it’s about tactics and strategy, and the latest event takes this up a gear! Players can master the Art of Strategy from today until early May.

The event consists of two formats which feature Tier X vehicles exclusively: 1v1 and 1v7. The 1v1 RTS-style format will see two Strategists engaged in a battle of wits for supremacy on the battlefield using the squads of 7 vehicles at their command. The 1v7 format pits 7 Tankers against a single Strategist and their 7 vehicles that await orders. The 1v1 mode is available from today, allowing players to familiarize themselves with it and its nuances before taking on the 1v7 one, which arrives on April 25th. And no matter which side a player lands on, Strategist or Tanker, the path to victory is the same: destroy all enemy vehicles or capture the base.

The two roles are different from each other: Those playing the Strategist role will command a squad of seven AI-controlled Tier X vehicles, that operate independently, as the Strategist sets stances and issues appropriate commands throughout the battle. They will also be able to set routes for their vehicles as they watch over the battlefield in a “bird’s-eye” view. Unlike the Tankers, the Strategist has auxiliary defenses in fixed positions that act as independent combat units. At any time during the course of battle, the Strategist can also take control of any one of the 7 vehicles in their squad and command them individually.

Both sides will only have a minute pre-battle to decide their tactics and set themselves up for victory. This 60-second period will play a massive part in the outcome of the battle. The Strategist can use this time to deploy their vehicles and set up their defenses, while the Tankers will assign roles that fit their vehicles and contemplate which avenues should be their key routes. Players who take part in the Art of Strategy event will have access to two daily missions for both roles (four in total). By completing daily missions, they’ll get closer to customization element rewards that include styles, inscriptions, decals, badges and 5 unique fully-trained crew members, all of which come with Brothers in Arms as a zero perk and enough crew XP to immediately learn another perk or skill of the player’s choice, as well as medals for winning battles.

For more information about the Art of Strategy event, visit worldoftanks.com.