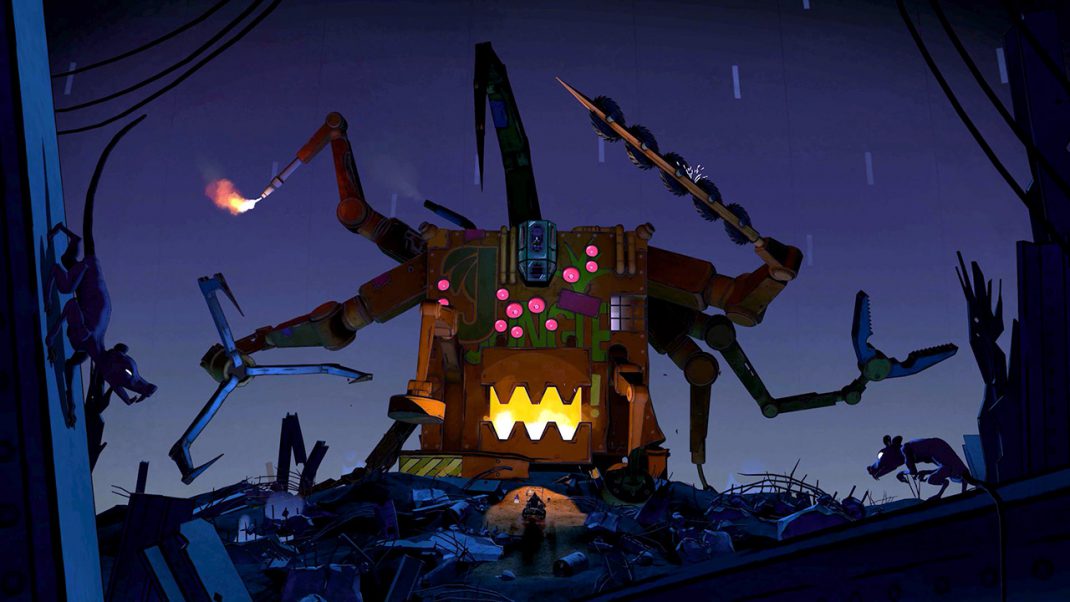 Visitors to PAX East, (Boston, MA) this weekend can get the world’s first hands-on with The Last Worker, by swinging by the Wired Productions booth at 14030, located at the heart of the show floor.

The Last Worker is a first person narrative adventure centred around our struggle in an increasingly automated world. Combining a hand crafted art style with uniquely immersive gameplay mechanics in an epic setting, The Last Worker delivers an emotional, thought provoking and comedic story packaged with rich characters performed by an all-star cast.

“Who would’ve thought a casual conversation on Twitter in the middle of a global pandemic would somehow lead us here?”, said Zelda Williams. “I’ll be forever grateful that Jörg saw fit to send another battle-weary warrior woman my way, and it was a joy to lend her my voice.”

“Working with such a stellar cast would be miraculous enough on a major feature film or series”, said Writer, Director Jörg Tittel, whose company, Oiffy, is producing the game. “But to have such world class actors lend their talent to an indie game must make me the luckiest man alive. But ultimately this game has been an equaliser, with every team member pouring heart and soul into every minute detail. No matter how dystopian they want to make the real world, ours at least will be full of colour and crafted with love.”

“The anticipation of seeing the first public demo of the game is really building in the studio” , said Ryan Bousfield, Creative Director of Wolf & Wood, “As a collective, we’ve all had a part in shaping the stylised world and unique characters of The Last Worker, but now, to have such beautiful performances from an amazing cast to top it all off, fills us with confidence for the public response!”

“The Last Worker continues to be a thrilling project to work on with the groundbreaking storytelling from Jörg, and the technical genius of Wolf & Wood,” said Neil Broadhead, Head of Marketing, Wired Productions. “With the addition of Zelda Williams and Tommie Earl Jenkins to the all-star cast, we are so excited for visitors at PAX to get their hands on The Last Worker for the very first time!”