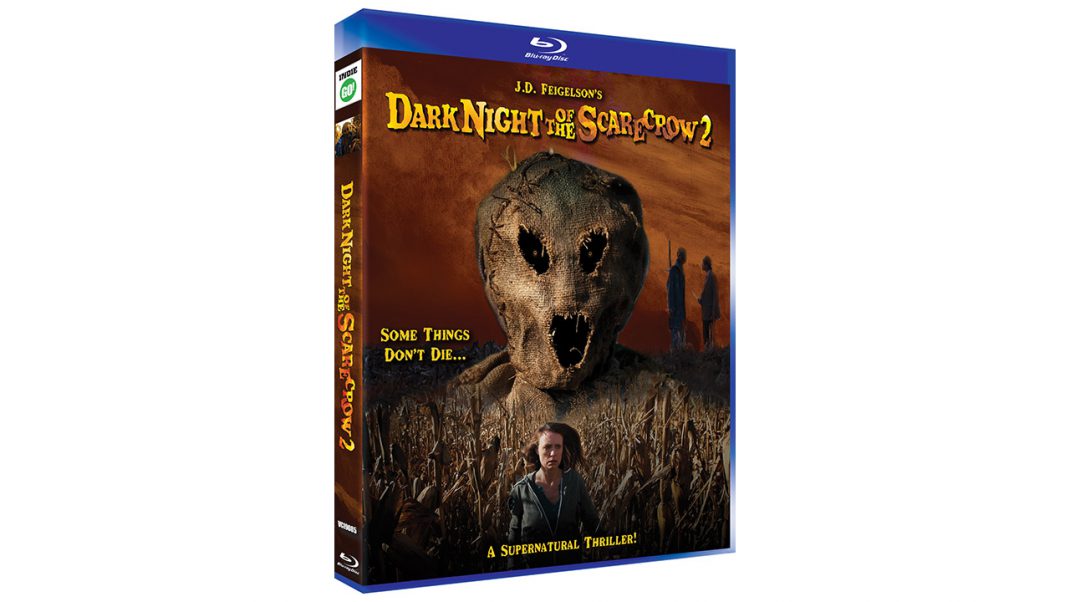 The wait…is over! The Scarecrow is back with a vengeance.

On October 24, 1981, television audiences were terrified when they tuned into CBS to catch the premiere of Dark Night of the Scarecrow. This little made-for-TV feature developed into a cult icon and sparked an entire scarecrow-centric subgenre of horror films. More than four decades later, the scarecrow returns in an all-new frightening film, Dark Night of the Scarecrow 2.

Single mother Chris (Amber Wedding) and her son Jeremy (Aiden Shurr) moved to a small country town in Stubblefield County. While Chris begins work at the local country store, Jeremy starts to bond with the older lady (Carol Dines) that watches him after school. On her way home from work one day, Chris happens upon an old, weather-beaten scarecrow. Chris places a flower in its lapel and whispers in its ear. Little does she know that this seemingly harmless gesture awakens an evil from the past.

Written and directed by J.D. Feigelson, the writer of the original film, Dark Night of the Scarecrow 2 will be released exclusively on DVD and Blu-ray on May 10, 2022, from VCI Entertainment.