I was approached by a PR associate I have worked with for a long time regarding a product which he claimed would allow me to use the Nintendo Switch drum controller for Taiko no Tatsujin on the Xbox One version of the game. Now, I had never played Taiko no Tatsujin but, because of his sending this product to me (and the fact that it is on Xbox Game Pass), I downloaded it. I also purchased a drum controller and hoped that my contact was correct in his claims. The product: The Brook Gaming Wingman XB adapter. The claims: All True. This: The review…

The Brook Gaming Wingman XB adapter comes packaged in a small green and black box. The “XB” in the title is for Xbox family of consoles (even the original although I don’t have one of those to test with). Before I set anything up, however, I attempted to play Taiko no Tatsujin with the Xbox One controller – the only way to do so up until now. The game, while somewhat fun, is simply lacking the physical action and feedback of hitting the taiko drum. Pressing controller buttons instead is lackluster. So, I was very excited to get the Wingman XB setup and the drums ready to go. The instructions for setting up the Brook Gaming Wingman XB adapter are outlined in the following video. In fact, I used this video to walk me through the setup of the device. Please note that part of this setup process does involve downloading some software and updating the adapter’s firmware – so there is a little bit of clumsiness in this process. Just follow along and you’ll be okay.

After the setup process, I was able to use the Nintendo Switch drum controller on my Xbox One with no issues. Playing Taiko no Tatsujin with the drum controller completely transformed my enjoyment of the game. It was so much fun! The physical feedback and activity added so much – I still cannot believe they have not brought a dedicated Xbox drum controller to the US.

So, the Wingman XB can allow you to use the PS4 or Nintendo Switch drum controller on the Xbox… That’s great! Does it do anything else? Yes! According to the website, it will allow you to use just about any other PS5, PS4, PS3, Switch Pro, Xbox Series X, Xbox One, Xbox 360, and SEGA Astro City, or MEDA Drive Mini controller on the Xbox platform. If the Drum Controller workflow is any indication, it should be a plug-and-play affair once the firmware is updated. The Wingman XB will also allow you to use various fight and flight sticks on the Xbox console. This is an astounding amount of adaptability for a $45 dollar product. However, what should I try to use? Unfortunately, the only other controller I had to test this out with was my old PlayStation 4 controller. So… I plugged it in! And… it worked! There is a default remapping of the buttons that you can find on the official website but once I got the hang of what button was being used as the corresponding Xbox One controller button, it was a breeze.

The Brook Gaming Wingman XB allows you to use a huge amount of non-Xbox peripherals on your Xbox console. Please see the official website for compatibility details. 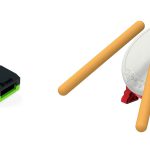