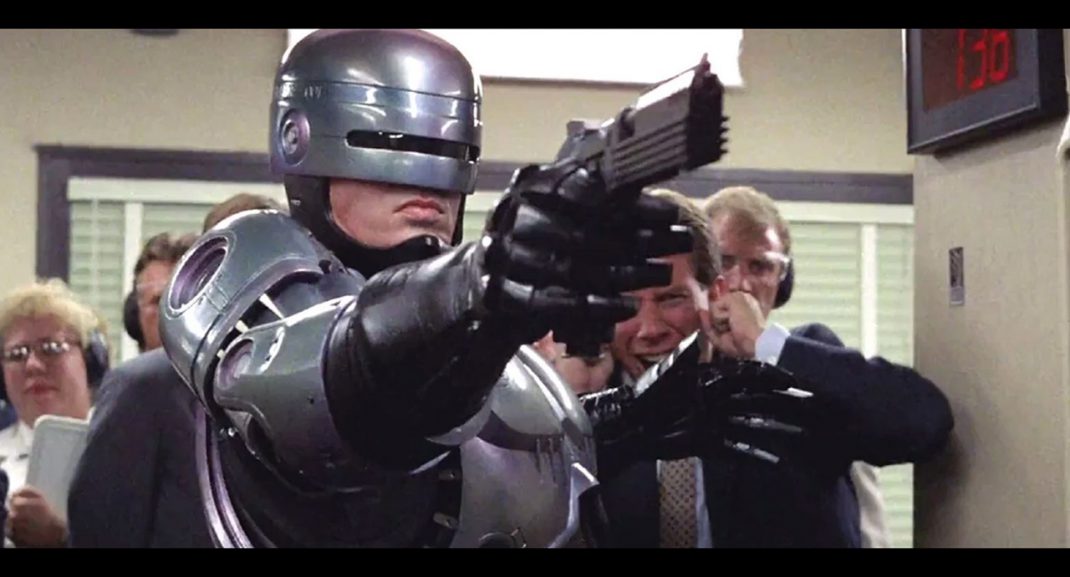 This April, Arrow keeps the hits coming for cinema enthusiasts. This month’s lineup includes six titles from all over the world, including two brand-new box sets and three 4K UHD upgrades.

The 8 Diagram Pole Fighter, from legendary Shaw Brothers’ director Lau Kar-leung, makes its American Blu-ray debut on April 5. General Yeung Yip and his sons are ambushed and brutally attacked Golden Beach. The attack leaves Yip and all but two of his sons killed or captured. One son, Yeung Chiu (Alexander Fu Sheng), returns home to his mother and sisters. The other son, Yeung Dak (Gordon Liu), goes to live in a monastery where he develops the eight diagram pole fighting technique. After one of their sisters is captured, Dak is driven with anger to return home and exact his revenge. The 8 Diagram Pole Fighter is widely recognized as Kar-leung’s masterpiece and was one of the last great martial arts epics to be released by the famous Shaw Brothers studio. However, the film is also remembered for the great tragedy that struck during filming. Star Fu Sheng tragically died in a car accident midway through production. As a result, Kar-leung reworked the final half of the script, turning it into the ultimate action spectacular as a tribute to his young star. This Arrow release features a brand-new 2K restoration from the original camera negative and comes loaded with bonus content.

Mary Shelley’s Frankenstein leaps on to 4K UHD on April 12. Kenneth Branagh directs and stars alongside an all-star cast that includes Robert De Niro, Helena Bonham Carter, and Ian Holm in this cinematic telling of the influential gothic tale. At the turn of the 19th century, scientist Victor Frankenstein (Branagh) is determined to conquer human morality. His attempt at playing God results in the creation of a hideous monster (De Niro). Praised by critics for being the most faithful adaptation of Shelley’s novel, Frankenstein earned an Oscar nod for Best Makeup and seven nominations at the Saturn Awards. Arrow brings the film to 4K for the first time with a brand new restoration from the original camera negatives. The release includes a slate of brand new features, including a documentary on the origins and evolution of the Frankenstein story.

April 12 also marks the release of RoboCop in a limited edition 4K UHD steelbook. This sci-fi classic about a terminally injured cop (Peter Weller) that returns to the line of duty as a cyborg advertised as the future of law enforcement introduced Hollywood to the wild world of director Paul Verhoeven, and it’s never been the same since. RoboCop was an instant hit with Roger Ebert dubbing the film “a thriller with a difference.” Time has only helped to enhance the film’s legend, with Verhoeven’s satire being more relevant than ever and RoboCop regularly topping “best of” lists. Making its global debut in 4K, with a restoration approved by Verhoeven, the film looks better than ever. Included in this limited edition release are both the theatrical and director’s cuts of the film.

On April 19, Arrow will release Rogue Cops & Racketeers: Two Crime Thrillers by Enzo G. Castellari. One of the most influential Italian genre directors of all time, Castellari made a name for himself helming titles such as Keoma and The Inglorious Bastards. In the ’70s, Castellari rose to the top of the poliziotteschi, the gritty Italian crime-thrillers that dominated the decade. Arrow presents two of Castellari’s most action-packed titles, in one exciting set. First up, is 1976’s The Big Racket. A gang of goons attempts to bring an Italian city to its knees by extorting money from local shops and bar owners. Unfortunately for them, Inspector Palmieri (Fabio Testi) is on the scene. The film is notable for a death-defying stunt that sees Testi trapped in a car that goes tumbling down a ditch.

Rounding out the set is Castellar’s The Heroin Busters. Testi returns, this time as an Italian police officer that goes undercover to bring down an international heroin smuggling ring. While on the job, he and a hot-tempered Interpol agent (David Hemmings) working the same case, butt heads. Can the two set aside their differences to bring down the bad guys? Featuring explosive stunts and a psychedelic soundtrack from rock legends Goblin, The Heroin Busters is one of Castellari’s absolute best entries. This limited-edition 2-disc set includes brand-new 2K restorations for both films, new audio commentary tracks, new interviews, and much more!

Arrow will release their second set of Claude Chabrol films on April 26 with Twisting The Knife: Four Films by Claude Chabrol. This 4-disc set brings together four films from the later part of Chabrol’s illustrious career starting with 1997’s The Swindle. Victor (Michel Serrault) and Betty (Isabelle Huppert) are a pair of small-time scam artists that travel in their camper van from business convention to business convention robbing unsuspecting businessmen. Betty sets her sights on something more ambitious and convinces Victor to take on a mark with a potential payday of 5 million Swiss francs. The pair soon realize they’re in over-their-head and must fight for their lives.

In The Color of Lies, a 10-year-old girl is found murdered in a small town. René (Jacques Gamblin), her art teacher, is the last one to see her alive and instantly becomes a prime suspect. Entered into the 49th annual Berlin Film Festival, The Color of Lies earned rave reviews with Michael Atkinson of The Village Voice calling it “a superb sociological mystery” and Variety dubbing it “a delicious sense of suspense.”

The final film on the set is 2003’s The Flower of Evil. A wealthy family living in Bordeaux sees their perfect life come crashing down when the wife of the family, Anne (Nathalie Baye), decides to run for mayor. A political smear campaign reveals secrets of an old murder scandal that threatens to bring the family down. The Flower of Evil was nominated for Best European Film at the 18th annual Goya Awards.

The month comes to a close on April 26 with the 4K UHD upgrade of Terry Gilliam’s sci-fi thriller, 12 Monkeys. Set in a future world that is ravaged by disease and death, Bruce Willis stars as a convict sent back in time to find the original virus and help develop a cure. The film was universally praised – currently boasting a score of 88% on Rotten Tomatoes – and Brad Pitt earned an Oscar nod for his turn as Jeffrey Goines, a mental patient with environmentalist and anti-corporatist views. This new release comes with archival bonus content and a limited-edition illustrated collector’s booklet featuring writing on the film by Nathan Rabin and Ian Christie.