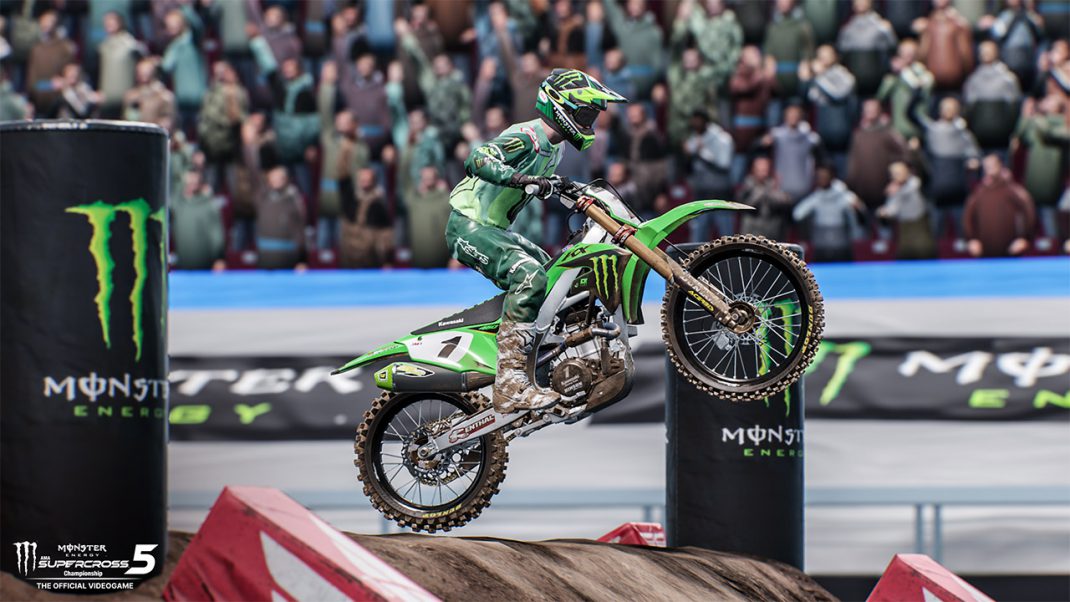 Milestone and Feld Entertainment, Inc. are pleased to announce the release of Monster Energy Supercross – The Official Videogame 5.

The latest chapter of the most beloved and realistic Supercross video game is now available on PlayStation®5, PlayStation®4, Xbox Series X|S, and Xbox One in Early Access for those who pre-ordered the Special Edition. The PC version will be available on March 17, along with the console versions for those who didn’t pre-order the Special Edition. The PlayStation version supports a free upgrade from PS4 to PS5 and the Xbox version features Smart Delivery.

The traditional Career Mode is more realistic and immersive than ever before. Players can start developing their path in the 250SX Futures Class while aiming to reach the heights of glory as a Pro in the 450SX Class. Monster Energy Supercross – The Official Videogame 5 also introduces the Rider Shape System, a new and exclusive feature for Career Mode that will affect riders’ performances in case of falls or injuries. Training and completing specific tasks are key to keeping your rider in top form.

Thanks to Monster Energy Supercross – The Official Videogame 5, players will enjoy a new gameplay experience perfect for both hardcore gamers and newcomers. The Future Academy, hosted by the greatest-of-all-time Ricky Carmichael, will provide riders all the information needed to take their first steps into the Supercross world. This friendly tutorial will teach the Supercross basics to help climb the ladder from Beginner to Pro. It also has many in-game options that will make races accessible for everyone – aiming to create a gameplay experience for every kind of player.

The classic Track Editor is also back along with a new feature: Rhythm Section Editor. Players will be able to mix and match pre-existing modules to design complex prefab track sections and then share them with the community.

And after the amazing success of the inaugural contest, the Track Editor Contest will be back, giving players the opportunity to create a track and see their creation replicated in real life as part of the Official Championship. This unique feature represents a once-in-a-lifetime opportunity in the video game industry: a digital track designed by a player will be raced on by real riders in the 2023 Monster Energy AMA Supercross Championship.

The Compound is the answer for those who want to race with friends or solo in a new, stunning open-world environment, featuring new tracks, several cross challenges, and collectibles to unlock additional gears.

Monster Energy Supercross – The Official Videogame 5 also features a split-screen mode to play with friends directly on the couch, and online multiplayer with cross-gen matchmaking.

Last but not least, after the incredible success of the last iteration, eSport is back in Monster Energy Supercross – The Official Videogame 5, pushing players to become a legend in the eSX Championship sponsored by Yamaha.