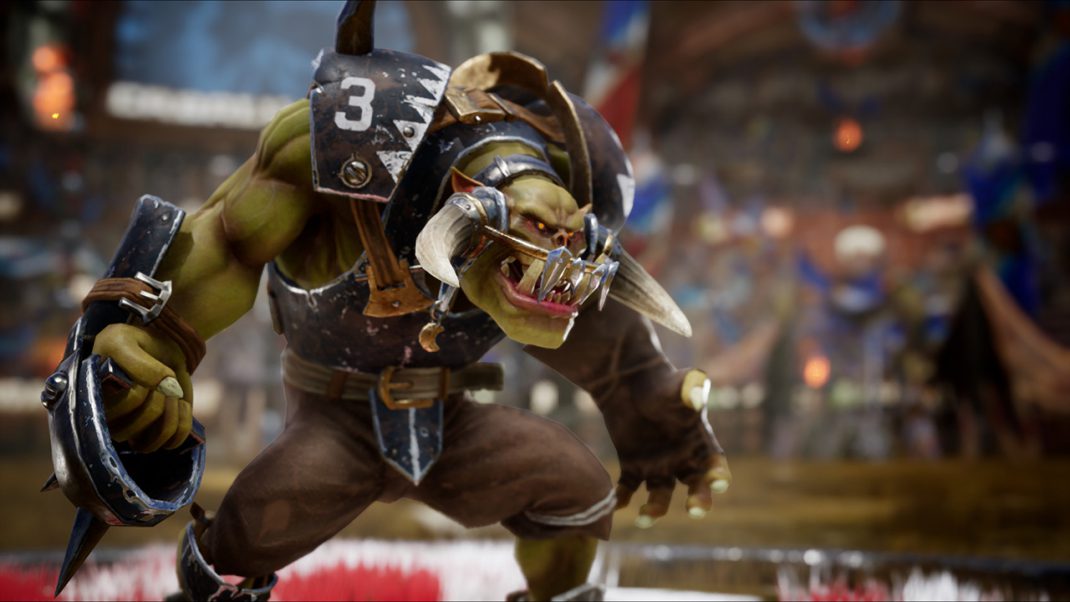 Blood Bowl 3 speaks to me. You see, I was a table top gaming nerd who carried around Dungeons and Dragons sourcebooks for both players and dungeon masters during a time when most people didn’t even know what a DM was. I played many different RPGs – even the old Star Wars RPG from West End Games. One of Mrs. Ripper and my favorite table top gaming moments involved a lunatic mercenary holding a thermal detonator underneath the nether region of a particular Imperial Commander who was not giving us the information we needed. Also being a big video gamer, whenever a popular pen and paper property got converted into a video game version I couldn’t wait to get my hands on it. A prime example of this would be Blood Bowl 3.

I never felt like I got enough time in the Warhammer world on the table top so when the first Blood Bowl game came out I was jazzed and loved it. All the slower aspects of football are pretty cut and trimmed so that it was most about team building then about enemy smashing. Between Blood Bowl and Arch Rivals it was all about unnecessary roughness and a good time. But then there was a lapse of time from the Blood Bowl franchise until 2009 when a new version of Blood Bowl came out with updated rules from the table top edition, a practice which has continued on through BB3. 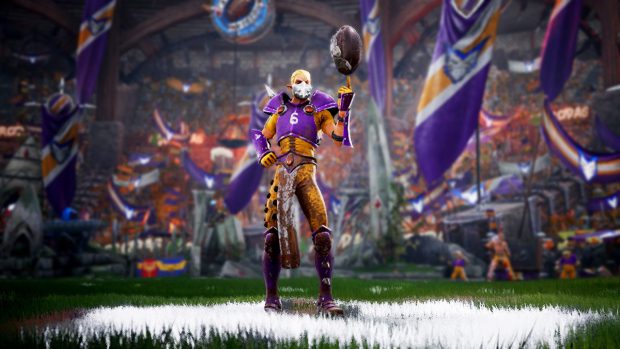 Blood Bowl 3 is particularly interesting since it is three types of games in one; fantasy football, turn based and real time strategy and table top style RP. The fantasy football is key because if you don’t build a good enough team then you will get destroyed both by the AI and the other players trying to perform on the pitch. Balance is important to the point that the game offers newbie players the option to get a pre-balanced team build and concentrating the tutorials on the field strategy play. At this point in the closed beta I expect a few more tutorials to appear to help figure out the complete gameplay while still allowing for play within the table top rules.

There are a lot of fantasy football elements for the players who are into that. If you are into Madden games, Blood Bowl likes to poke a finger or two at them so that the elemental play is serious but its all set in a tongue in cheek delivery. As team manager you have to build your team, get your coach and cheerleaders, heck you even design your own war banner and colors to fight under. One of the first things you do in team building is choose which race you want to play as. Right now there are only 4 to choose from but the plans are for a total of 12 races including four new ones: the Black Orcs, the Imperial Nobility, the Old World Alliance and the Chaos Renegades. Getting to play the Imperial Nobility in beta was a whole lot of fun and all four of the teams have advantages and counter-balancing disadvantages. The game is great about making sure the teams balance out pretty well especially in the beginning. I actually don’t enjoy playing fantasy football as a rule but wrap it in a Warhammer package with some levity and I can play it all day long. 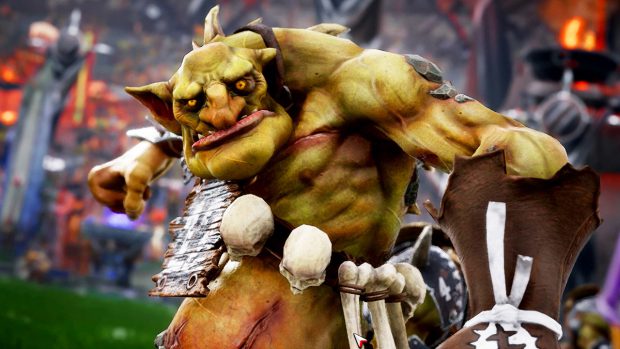 Once your team is somewhat ready to go you head onto the field and it is time for the square based strategy part of the game. You have to have an open square to move to it and if a competitor player’s characters are between you and the spot you had better be ready to roll because there’s gonna be some fighting. Each character has a name, race, position and attributes and abilities. These and some decent armor can make or break an engagement on the field. You can play solo in campaign mode (not available at time of preview) as well as tutorials which I recommend playing all of them first especially campaigns since they provide the best time to work on your strategies and get comfortable with what you team members can do and what are some of the best interactions to get you in the end zone. There are a few ways of playing the game against other people. There’s the standard Quick Match, Online match, Verses AI, and Hot Seat which is where one person takes a turn then another player takes the seat. figuratively or literally, passing it to a friend so you can each play on the same computer/controller/console. Whether or not a game is real-time or turn-based can be decided when making the match or playing a certain match that has it’s own rules. Being able to work between turn-based and real-time provides newbies a chance to get comfortable in the format and veterans of strategy games the choice to face the challenge of a real-time match.

The table top role playing element comes in the form of effects during the real-time/turn-based moves. If you go to attack your opponent or they go to attack you,  you roll for initiative on 6 sided dice that roll in front of you.  Then it will show your roll and whether or not the amount made for a successful action or did it fail and do damage back on you. These and more are all decided by a roll. Some rolls aren’t number rolls they are for actions. For example if you attack your opponent and fail to take them down then you might have a couple of choices such as falling to the square behind you or still into your opponent to hopefully knock them down taking you with him. Such sacrificing moves can get your team to the end zone but you have to be willing and think it through. Seeing the dice roll is a lot more fun than just being told you succeeded or failed too. One of my favorite parts of the game is the team player specific cut-scenes which show you slamming the other team into the ground or getting slammed and how much damage you do to them in the action. They remind me fondly of other Warhammer games and cut-scenes so to be able to trigger so many during a game is awesome. You even get to see your cheerleaders trying to get the fans excited at halftime. The cut-scenes are beautiful and detailed, with lots of colors, clean graphics and excellent sound quality. 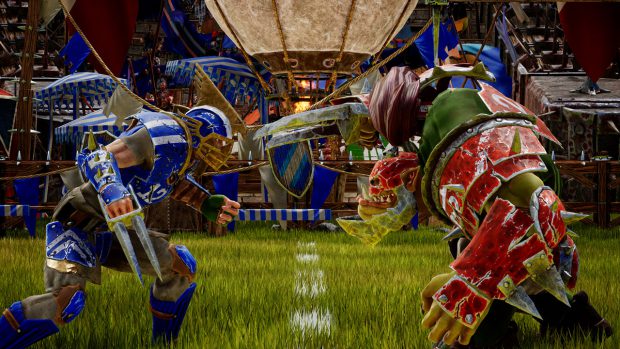 Blood Bowl 3 has so much potential and so many hopes by both the design team and fans who have gotten a taste of it in beta and want more. I look forward to the additional races a lot and seeing what community building goes into place working the game into a whole new experience while still (mostly) playing inside the current table top rules. Some elements of the game are ready to roll out, others look like they either need a lot more work or they just haven’t included it in the closed beta such as the other 8 races and the single player campaign. There is no current release date but I look forward to keeping an eye on Blood Bowl 3’s development and polishing.