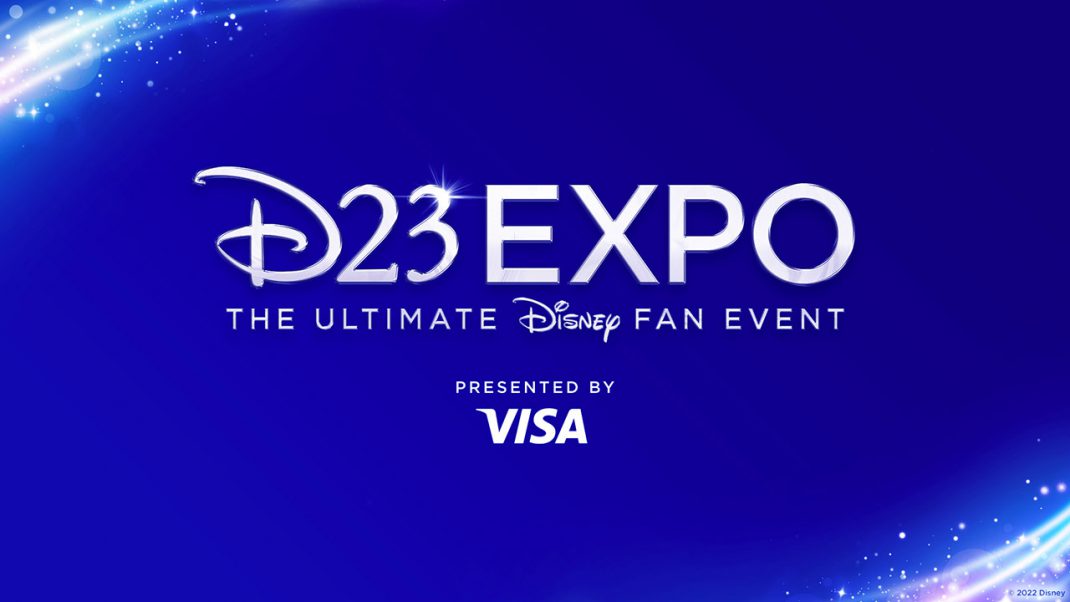 Tickets for D23 Expo 2022 presented by Visa go on sale at 12 p.m. PT, Thursday, January 20 with an exclusive presale for Visa cardholders who are also D23 Members starting on January 19, at 10 a.m. PT. “The Ultimate Disney Fan Event,” hosted by D23: The Official Disney Fan Club, will take place at the Anaheim Convention Center September 9th through the 11th, celebrating the magic and excitement of Disney entertainment past, present, and future and kicking off Disney100, the centennial celebration of The Walt Disney Company. All of Disney’s wonderful worlds—including Pixar, Marvel, and Star Wars—will unite under one roof to showcase what’s new and what’s on the horizon from Disney theme parks, streaming, television, music, products, and films. Complete details are available at D23Expo.com. 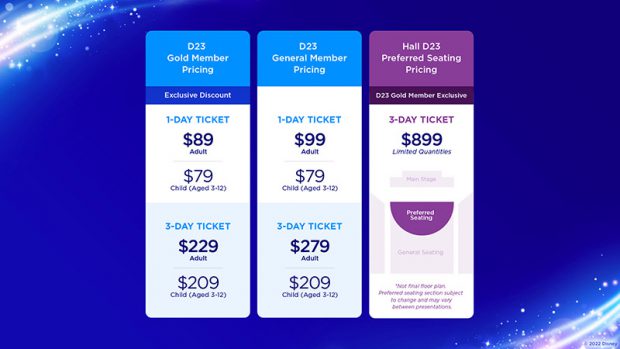 D23 Expo 2022 will feature more than 50 shows, presentations, and panels, including the Disney Legends Awards Ceremony, which honors the talented individuals who have made significant contributions to the Disney legacy, as well as an all-new exhibit curated by the Walt Disney Archives highlighting the 100th anniversary of Disney.

The popular Mousequerade costume contest will return, hosted by Nina West and featuring a star-studded panel of judges including Yvette Nicole Brown (Big Shot, Disenchanted), Ashley Eckstein (voice of Ahsoka Tano and creator of Her Universe), and Ally Maki (Toy Story 4, Home Sweet Home Alone). The contest will feature new categories including “Off the Screen,” “Imagine That!,” “Magical Mashups,” and “Cast of Characters,” as well as a fan-favorite award voted on by the audience and a “Best in Show” prize of $2,300. Complete rules for entry and details are available at D23Expo.com. 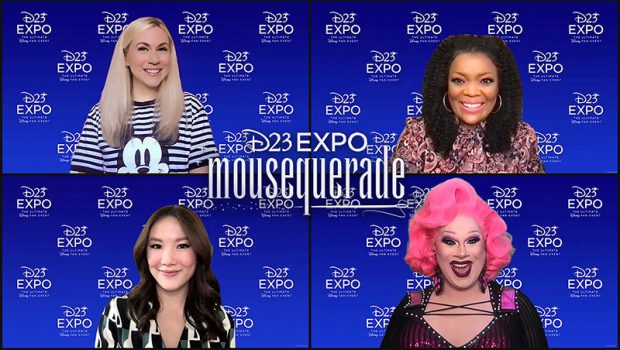 Presenting Sponsor Visa will be the “Official Way to Pay at D23 Expo,” and Visa cardholders will have access to additional benefits and one-of-a-kind Disney experiences.

Plus, D23 and the Walt Disney Archives, working with new D23 Expo Platinum sponsor Amazon, are restoring Walt Disney’s Grumman Gulfstream I company airplane, currently housed backstage at Walt Disney World Resort, and transporting it to Anaheim. The iconic aircraft was seen for years as part of the Studio Backlot Tour at Disney’s Hollywood Studios and will be on display at D23 Expo 2022 for guests to see in an exhibit called Mickey Mouse One: Walt’s Plane presented by Amazon.

Returning to D23 Expo 2022 will be the massive show floor full of immersive experiences and special opportunities for guests to see what’s next for Disney around the world—and they may even run into their favorite Disney stars, characters, Imagineers, animators, and filmmakers. Guests can also enjoy numerous shopping opportunities, many featuring D23 Expo-exclusive collectibles, at an assortment of Disney and partner pop-up shops including the D23 Expo Emporium, where the ultimate Disney fans can find their ultimate treasures. The 7,000-seat Hall D23 returns and will be joined this year by the 3,000-seat Premiere Stage, the 1,200-seat Backlot Stage, and the expanded, 700-seat Walt Disney Archives Stage for more presentations curated by the staff of the Archives. On the main show floor, the D23 Expo Live! Stage will feature performances, appearances, demonstrations, and more all weekend long, many of which will be livestreamed to guests at home. 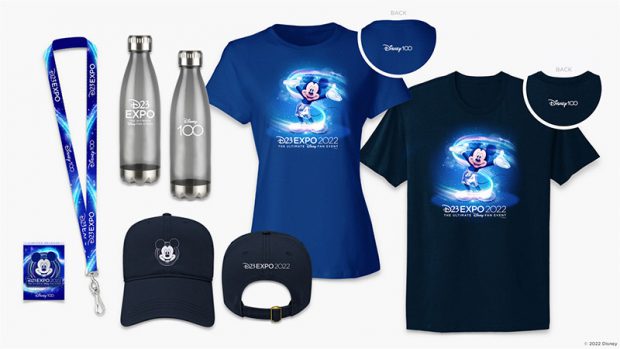 D23’s seventh Expo in Anaheim follows the success of D23 Expo 2019, which drew tens of thousands of Disney fans for three star-studded days and nights. Guests were treated to appearances by celebrities such as Robert Downey Jr., Christina Aguilera, Dwayne Johnson, Emily Blunt, Angelina Jolie, Robin Roberts, Salma Hayek, Tom Holland, Chris Pratt, and the casts of The Mandalorian and High School Musical: The Musical: The Series. Guests immersed themselves in the one-of-a-kind exhibit Inside the World of Avatar, saw models and artwork from the new experiences and attractions coming to EPCOT at Walt Disney World Resort, and admired iconic costumes on display from Star Wars and the Marvel Cinematic Universe. They also enjoyed a look back at Disney’s rich history through extraordinary panels, presentations, and exhibits and discovered the newest entertainment, technology, and products coming from Disney.

Tickets for D23 Expo 2022 presented by Visa will go on sale at D23Expo.com beginning January 20, 2022, at noon PT. Guests must be members of D23: The Official Disney Fan Club—either at the complimentary General Member level or at the Gold Member level—to purchase tickets. Discounted single-day ($89) and three-day tickets ($229) will be available exclusively to D23 Gold Members. Regularly priced single-day tickets are $99 for a one-day adult admission and $79 for children, and money-saving three-day tickets are also available. This year, a limited number of Hall D23 Preferred Seating tickets (which include admission for all three days and a reserved seating section for all Hall D23 presentations) will be available exclusively to D23 Gold Members. D23 Members who are also Visa cardholders, and who pay with their Visa, will have pre-sale access to a limited number of one-day and three-day tickets for 24 hours beginning January 19, 2022, at 10 a.m. PT, while supplies last. Discounted hotel and Disneyland Resort park tickets are available to all D23 Expo ticket purchasers.

In addition to an exclusive discount on tickets, D23 Gold Members will enjoy special benefits at the Expo, including on-site discounts from select retail locations and a complimentary gift. And guests will be able to visit the D23 Ultimate Fan Lounge presented by Amazon on the show floor. For more information on tickets, ticket prices, and D23 Expo, visit D23Expo.com.