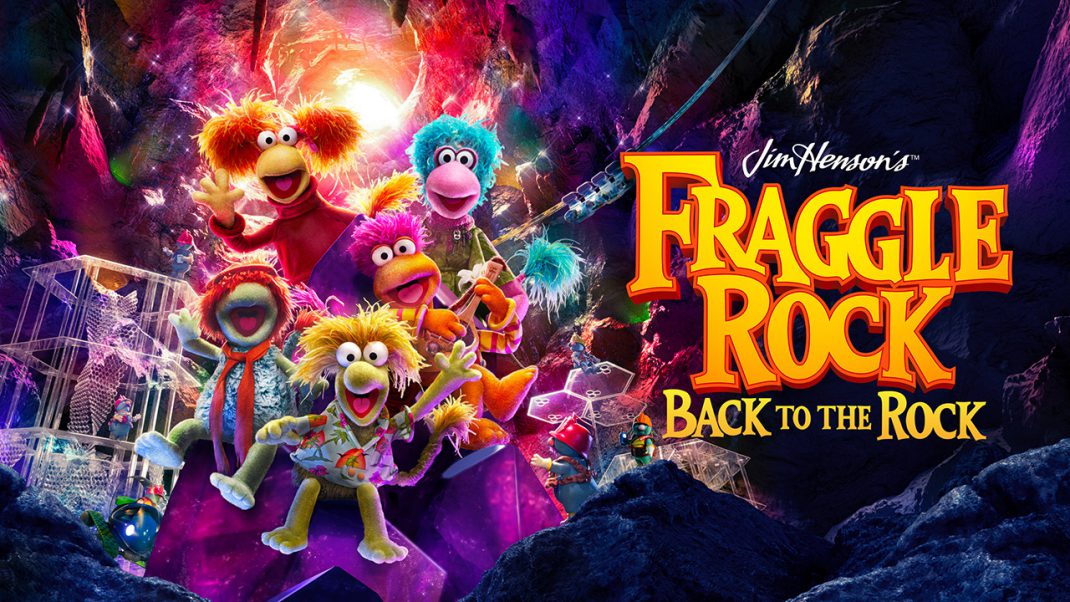 Fraggle Rock: Back to the Rock 13 Episode Series Announced for Apple TV+

Jim Henson’s fun-loving, musical Fraggles are back! Join Gobo, Red, Wembley, Mokey, Boober, and new Fraggle friends on hilarious, epic adventures about the magic that happens when we celebrate and care for our interconnected world.

“Fraggle Rock: Back to the Rock” is executive produced by The Jim Henson Company’s Lisa Henson and Halle Stanford, and longtime Henson collaborator John Tartaglia. Matt Fusfeld and Alex Cuthbertson, who serve as showrunners, also executive produce as well as New Regency’s Yariv Milchan and Michael Schaefer. Co-executive producers are Dave Goelz and Karen Prell, and executive music producer is Harvey Mason Jr. The series is produced by Ritamarie Peruggi.

In addition to “Fraggle Rock: Back to the Rock,” Apple’s growing partnership with The Jim Henson Company includes “Harriet The Spy,” the first animated adaptation of the iconic children’s novel premiering this Friday, November 19; the popular “Fraggle Rock: Rock On!” shorts; the 88 episodes of the original “Fraggle Rock” series and, recently added bonus specials, “Down at Fraggle Rock,” “Doozer Music” and “Fraggle Songs,” all of which are now available to stream on Apple TV+.

The expanding and award-winning lineup of original films and series for kids and families on Apple TV+ also includes the recently premiered “Hello, Jack! The Kindness Show” from Jack McBrayer and Angela C. Santomero; “Wolfboy and the Everything Factory” from Joseph Gordon-Levitt, HITRECORD and Bento Box Entertainment; the recently released “Get Rolling With Otis” and “Puppy Place”; Daytime Emmy Award-winning “Ghostwriter” and “Helpsters” from Sesame Workshop; Academy Award-nominated animated film “Wolfwalkers”; Peabody Award-winning series “Stillwater”; new series and specials from Peanuts and WildBrain including “Snoopy in Space” season two and “Snoopy Presents: For Auld Lang Syne”; “Here We Are: Notes for Living on Planet Earth,” the Daytime Emmy Award-winning television event based on the New York Times best-selling book and TIME Best Book of the Year by Oliver Jeffers.

Apple TV+ is available to watch across all your favorite screens. After its launch on November 1, 2019, Apple TV+ became the first all-original streaming service to launch around the world, and has premiered more original hits and received more award recognitions faster than any other streaming service in its debut. To date, Apple Original films, documentaries and series have been honored with 155 wins and 561 awards nominations.