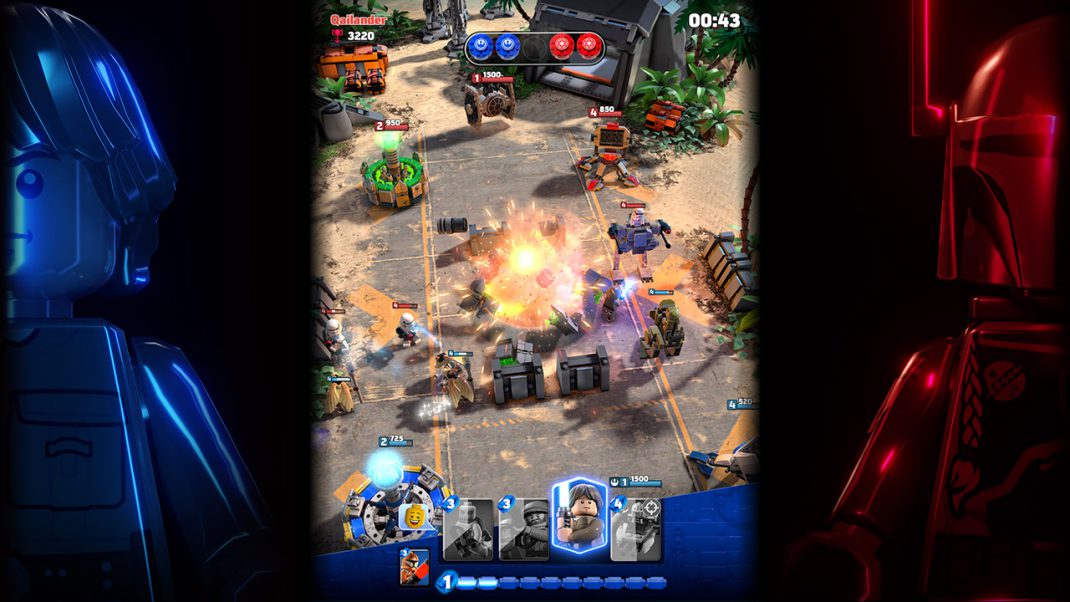 Warner Bros. Games, The LEGO Group and Lucasfilm Games announced season 2 of LEGO® Star Wars™ Battles today where a new planet has been revealed! Fight on the sun-drenched world of Scarif to earn scans and unlock up to 4 brand new units to use, including AT-RTs and Gungan Gangs!

LEGO® Star Wars™ Battles, the new action strategy game available exclusively on Apple Arcade, allows players to integrate characters and vehicles from across the Star Wars galaxy to create unstoppable squads. Strategically deploy troops and build LEGO towers on the battlefield as you try to destroy your opponent’s base. Players will master both sides of the Force with armies of light side or dark side units, each with their own play style.

Featuring characters and locales from all Star Wars eras, including Star Wars™: The Clone Wars™, and Rogue One™: A Star Wars™ Story, players can collect iconic heroes and villains such as Luke Skywalker™, Boba Fett™, and Darth Vader™, along with characters such as porgs, stormtroopers, battle droids, and a variety of vehicles from AT-ATs to TIE bombers, and even the Millennium Falcon. As players progress and level up, they will unlock different arenas based on familiar Star Wars locales.