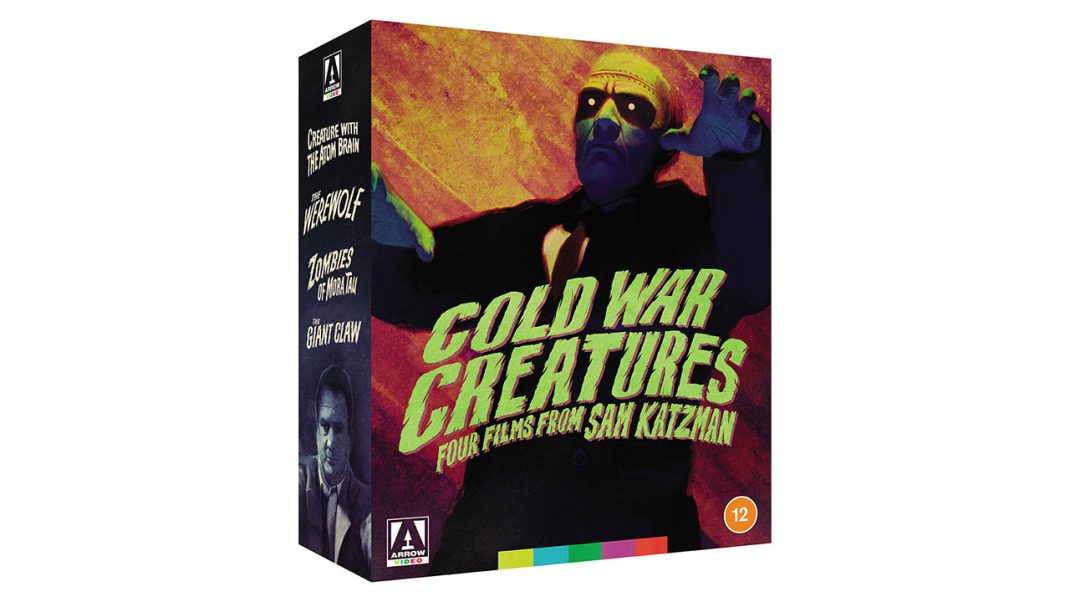 The 1950s were nothing if not an interesting time for horror. Coming out of WWII, America took its first steps into both the Atomic Age where everything held the promise of futuristic wonder and the Cold War where anyone could be the enemy and no one could be trusted. This shift in the zeitgeist dragged horror along from its roots in the gothic romance overtones of the Universal classics to a science fiction explosion of aliens, monsters and ray-guns of tomorrow.

No man was better positioned to ride this wave than producer Sam Katzman, a man who started in the film business at age 13 and had well over a hundred production credits by the time the 50s rolled around. Here, Arrow Video revisits four of Katzman’s works from the end of his sci-fi period in a set that is sure to be a treat for everyone from fans of schlock to students of film history. 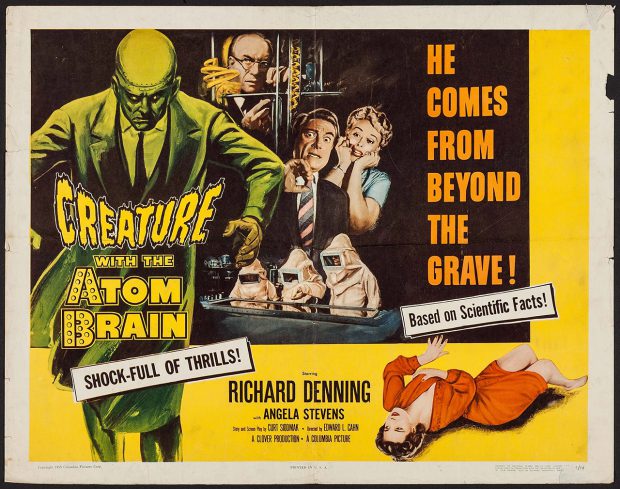 Overall these films present a wonderful look back at the kinds of films that dominated theaters in the 50s. Katzman worked in the studio system and these films were all Columbia productions, bringing with them the quality and budget that would afford. These movies were quick productions, designed to put people in seats and shock their audiences. That being said, none of these films are particularly long watches either- The longest is The Wolfman at 80 minutes. These are brisk, fun watches perfect for late night viewing.

The four films are each presented in their original aspect ratios and latest restorations by Sony Pictures. The images are crisp and clear with very few spots of dirt or scratches left. All four films are in black and white and with consistent tone throughout, natural grain structure and very little flicker. All in all a better set of restorations than one would expect from most seventy year old B-movies.

Each film is presented with its original mono sound.

Cold War Creatures is packaged across four discs, one for each film. Each disc is housed in its own slim case and everything fits into a sturdy cardboard sleeve similar to what Arrow’s previous limited edition box sets are packaged in. Each film has, as is standard these days for boutique releases, reversible sleeves featuring original poster art on one side and new art painted by – – – on the other.

Each film has an optional introduction by Arrow stalwart Kim Newman and each has their own commentary track by a range of academics and historians. Of them all, Emma Westwood and Cerise Howard’s commentary on The Giant Claw is a stand out as my personal favorite as they have a healthy sense of humor about the quality of the film and approach it from a sense of unconditional love. 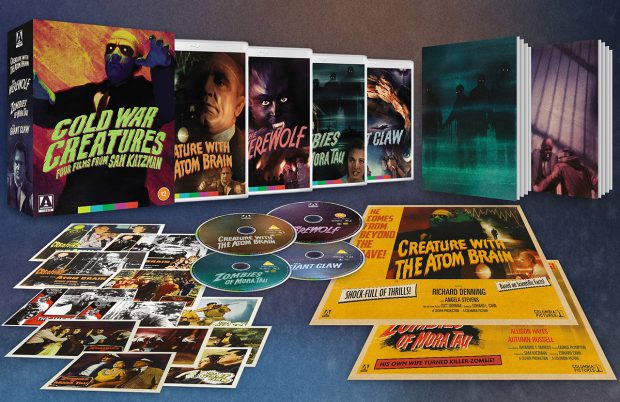 One standout set of extras are the Super 8mm versions of Creature With the Atom Brain, The Werewolf, and The Giant Claw. Long before the days of video, some studios would release condensed versions of their films on 8mm to play in the same projector one would use to play back home movies and here you get those shortened versions of Katzman’s films complete with narration and new scores to make the films make sense in an eight minute runtime.

Spread across the four discs are video essays starting with Before and Beyond the Cold War Creatures, a feature length documentary/lecture on the life and work of Sam Katzman by film critic Stephen Bissette. Following on the next three discs are shorter video essays that each take a look at a specific facet of Katzman’s films. Alexandra Heller-Nicholas brings us Beyond Window Dressing, a deconstruction of the role of women in Katzman’s films. Atomic Terror: Genre in Transformation finds Josh Hurtado discussing the blend of the mythic and science fiction. Finally we have Family Endangered!, which as it sounds finds critic Mike White taking a dive into family issues in Katzman’s work. These features together give a holistic look at the output of Katzman that is, thankfully, par for the course in these kinds of releases.

Rounding out the extras are trailers and image galleries for each film, two double-sided posters, both an art book and a book of essays on the legacies of each film, and the standard lobby card recreations Arrow packs in with many of its limited edition releases.

Once again, Arrow has knocked it out of the park with a filmmaker retrospective box set to rival previous releases like Weird Wisconsin or He Came From the Swamp. From the deep breadth of extras that place these films into perfect context to the fun of the movies themselves, Cold War Creatures is a lovingly produced set that deserves a home on the shelves of sci-fi geeks, horror nerds, and film history buffs everywhere. 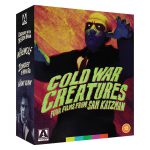