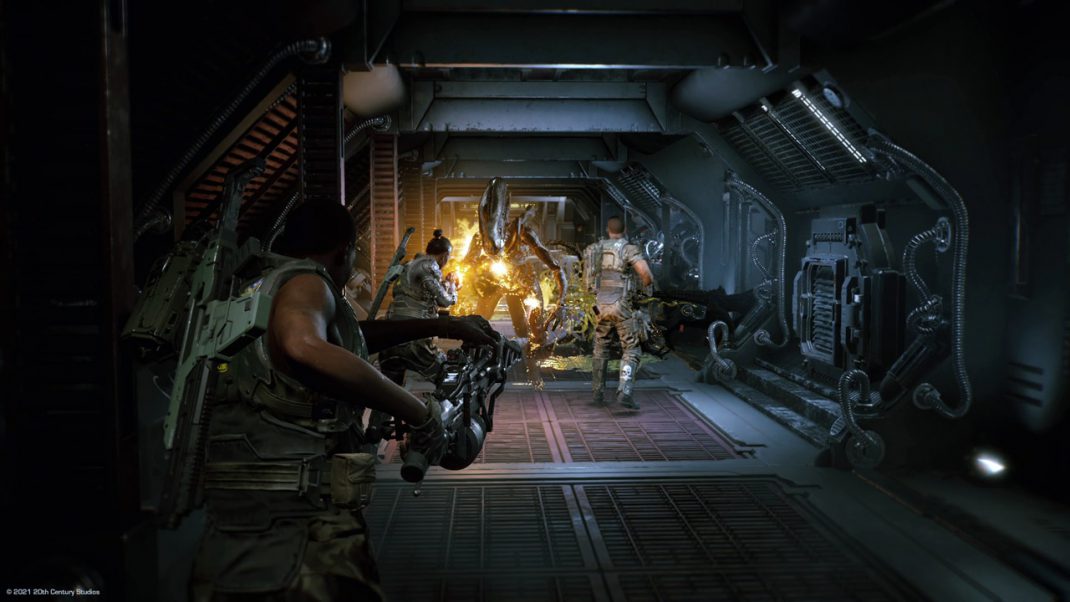 Aliens: Fireteam Elite drops your fireteam of hardened marines into a desperate fight to contain the evolving Xenomorph threat. With over 20 enemy types, players must face off against waves of terrifying Xenomorph and Weyland-Yutani Synthetic foes alongside two players or AI teammates, as they desperately fight through four unique campaigns that introduce new storylines to the Alien universe.

The game allows players to customize their own Colonial Marine, choosing from an extensive variety of classes, weapons, gear, and perks, battling overwhelming odds in this heart-pounding survival shooter experience.

“It’s been an unbelievable journey bringing the Alien universe to life, and we can’t wait for players to create a fireteam and experience the game,” said Craig Zinkievich, Head of Cold Iron Studios. “Whether you’re a fan of the universe, a veteran survival shooter, or a co-op gaming enthusiast, be prepared for a fight like no other.”

You can watch the launch trailer for Aliens: Fireteam Elite here.

The development team at Cold Iron Studios today also unleashed post-launch content, adding Horde Mode and graphics optimizations with the Day One patch. On September 8, the studio is launching Season One, with a new character class, “Phalanx,” along with new weapons and new rewards for players.