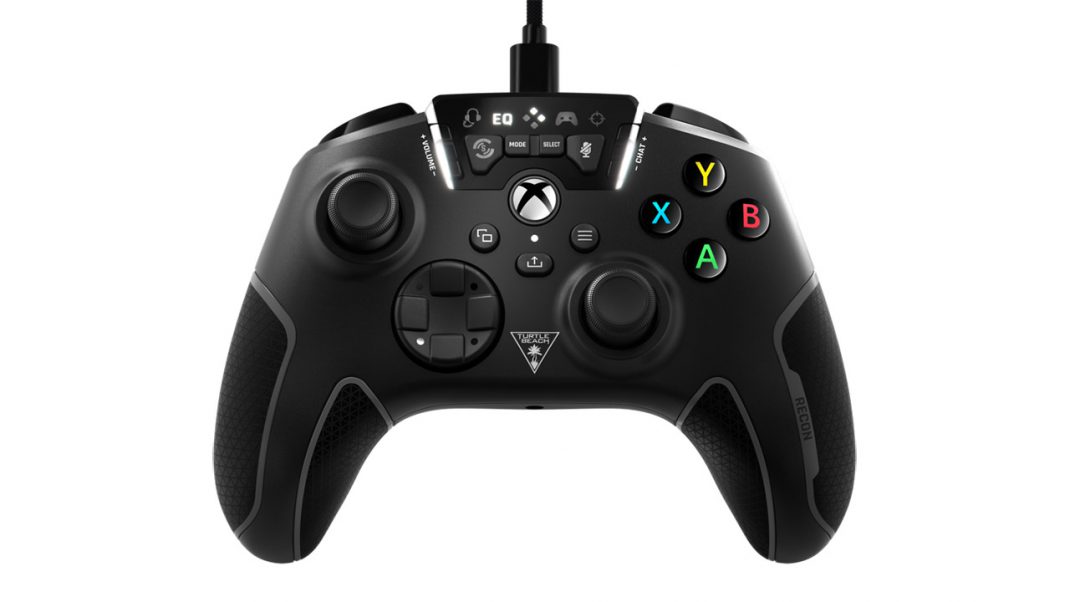 Turtle Beach has been a widely-known name in the gaming audio product category for a long time. Now, they’re stepping into the peripheral game with a new wired Xbox game controller called the RECON. From a design standpoint, the Turtle Beach Recon wired xbox game controller features a classy dark gray and black color scheme with white LED lights thrown in for extra cool factor. The body of the controller features a mainly plastic body structure with textured, rubber grips to make sure you can keep the controller in-hand during intense gameplay. The whole controller feels well-made, with the analog sticks’ action being nice and crisp. Turtle Beach even includes a 10 foot long braided cable to connect the Recon to your Xbox One, Xbox Series X|S, or Windows PC. 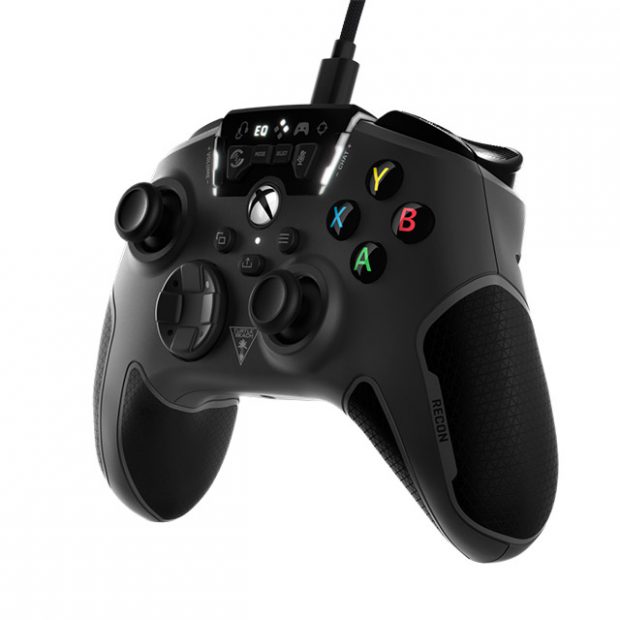 The real fun stuff about the Turtle Beach Recon wired controller is located in the area just above the Xbox button. This area has a ton of controls – mainly dedicated to tweaking audio. There are two separate rocker controls which allow the gamer to independently adjust chat and game audio. There is also a button which toggles on and off what Turtle Beach calls “Superhuman Hearing”. This is a feature which has been seen on some of their headsets but in this configuration it allows you to use the feature with any headset you plug into the controller. This audio mode allows you to more easily pick up quiet audio cues like the sound of footsteps or another player reloading. It’s pretty darn cool and I love that they are allowing it to be headset agnostic in the Recon. Rolling through the other features using the mode and select buttons in this area of the controller, the gamer can adjust their mic gain with in-controller mic monitoring, custom button mapping to the two underside buttons, as well as adjusting “Pro-Aim” focus mode. This mode allows you to adjust the sensitivity of the right analog stick for finer movement. It’s analogous to DPI adjustments on a PC gamer’s mouse and is a very nice feature to have on a game controller. 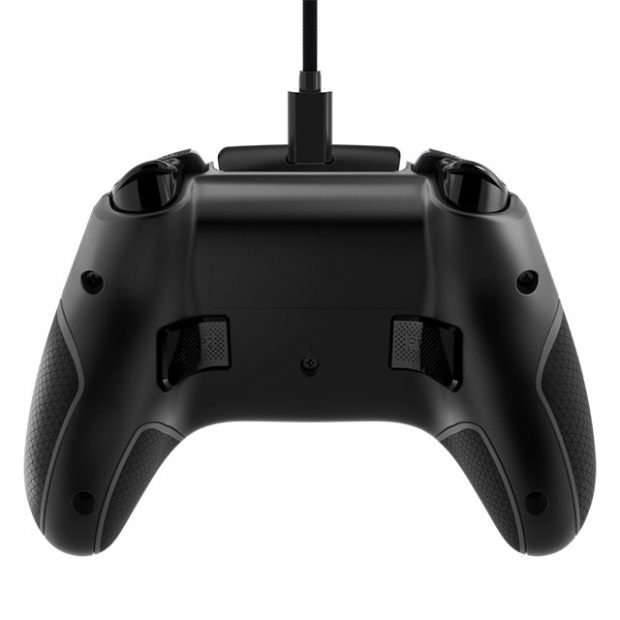 Using the features can take a little getting used to – although, once you do, you’ll love that you have them on your controller. In these facets, the Turtle Beach Recon wired controller actually outshines the Microsoft controller. Of course, the Recon doesn’t have wireless capabilities or quite the same build quality as the Microsoft model (but its VERY close), but that wired connection allows for a lot more capability than a wireless one would. The Turtle Beach Recon wired controller is compatible with Xbox One, Xbox Series X|S, and Windows 10 PCs – although the audio stuff doesn’t work on PCs. Most PC gamers probably have an favorite headset and sound card solution they already use and are happy with, so it’s not a big loss.

Overall, the Turtle Beach Recon wired Xbox game controller costs an economical $60 smackers while offering a premium level of options not seen on most controllers. If you are in the market for a wired controller for your Xbox One, Xbox Series X, or Windows PC you will love the Recon. 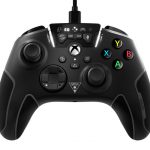