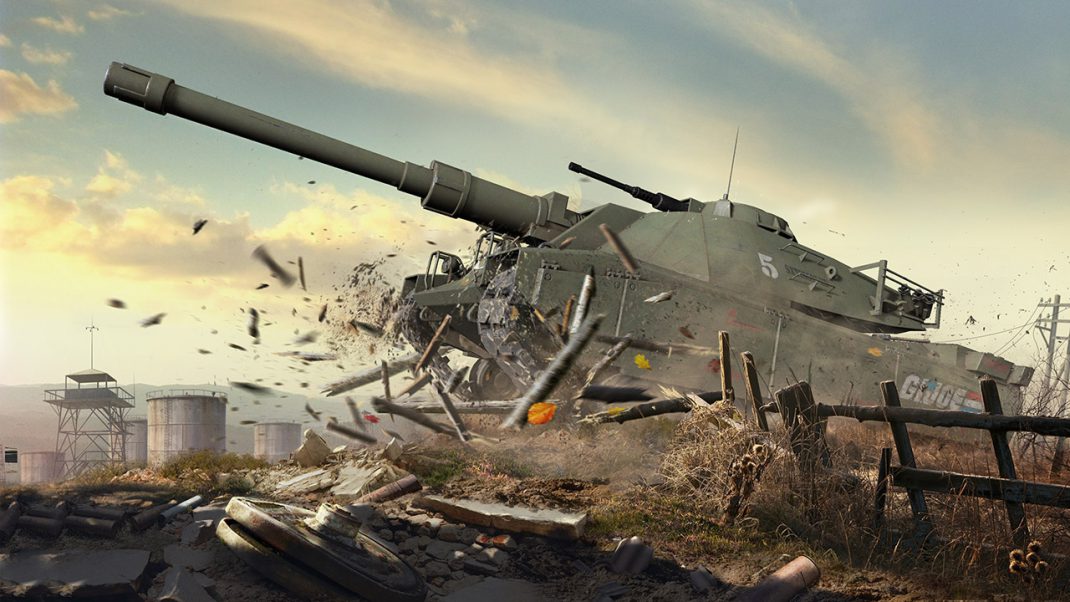 Today, players can jump into battle and play as the heroic G.I. JOE mission force or as the devious operatives of Cobra and play through 100 levels of explosive new content. This season is packed with challenges and an abundance of complimentary rewards such as Key Cards, Gold, Silver, Consumables, Boost Ops, Cobra 2D Premium Commander, the T-54 First Prototype tank and “Cobra B.O.A.” Skin.

Season Pass holders will be able to unlock even more weekly challenges and rewards such as 2D and 3D Duke Commanders and the classic G.I. JOE MOBAT tank. Players with an Ultimate Season Pass will access the standard rewards, Season Pass rewards, and instantly be granted the coveted Cobra H.I.S.S. tank and Cobra 2D and 3D Commanders upon purchase.

“Following the release of Modern Armor, we wanted to add on to the excitement this summer by launching content based on the classic G.I. JOE franchise. With such a fitting theme, our studio worked hard to integrate iconic tanks such as the MOBAT and H.I.S.S. and we look forward to releasing more G.I. JOE content as this season progresses!” said TJ Wagner, Creative Director for World of Tanks Modern Armor

The new G.I. JOE season is available now for cross-playable action on PlayStation®4 & 5 and on Xbox One, Xbox Series S & X, and runs through August 23rd. For more information on content, rewards, and Season Passes, visit console.worldoftanks.com