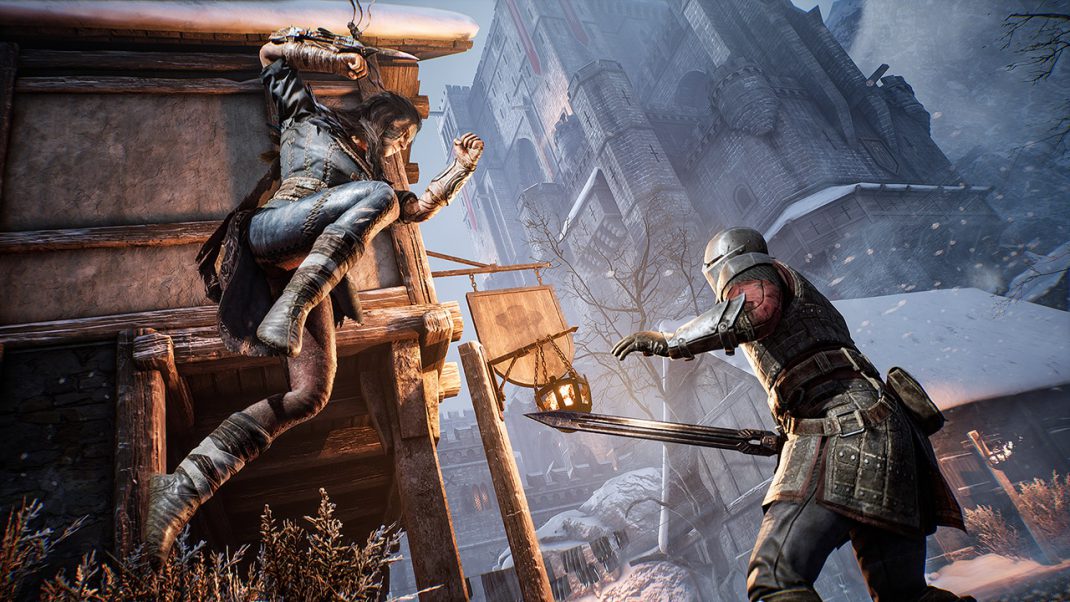 I’m going to get this out of the way up front- Hood: Outlaws and Legends is a decent premise wrapped up in a deeply unsatisfying game. It really pains me to type that. I try my best to look for redeeming qualities in just about everything I play but I struggled to even want to play this game after my first few matches. If you’re looking for an unbalanced cheese-fest, this game is for you. If you want a rewarding multiplayer experience, however…

Hood: Outlaws and Legends is a PvPvE heist-em-up published by Focus Home Interactive, AA peddlers of oddball titles ranging from original ideas to public domain idea grabs that all run the quality scale from mediocre at best to surprisingly great (I’m looking at you, Plague Tale.) Falling into the “public domain” category, Hood finds you playing as a member of Robin Hood’s band of merry men, stealing treasure in four on four matches where you compete against… an identical group of Robin Hood’s merry men? And that’s it. Over and over again. 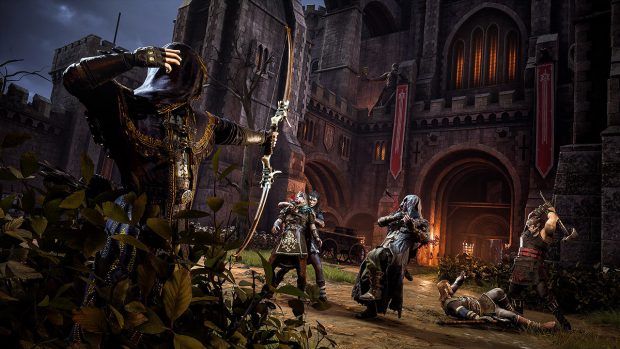 The basic pitch is this – You are tasked with infiltrating a castle in Sherwood Forest and pickpocketing a key from the Sheriff. Once you have the key you must stealthily find your way to the treasure hidden somewhere on the map, steal it, and make haste to an extraction point where you will use a rudimentary crane to hoist the treasure to freedom. Of course, as you do this you’ll be watching out for the other team who is out to accomplish the same goal and kill you in the process. Think of it as a treasure focused Hunt: Showdown without any of the things that make Hunt an interesting game.

In a game industry facing the waning days of character based shooters such as Overwatch and Rainbow Six: Siege, Hood enters the fray with approximately four characters to choose from. Robin, Marian, Tooke, and John. That’s it. This, I think, is emblematic of Hood’s problems writ-large. In Hood you’ll choose from four characters to play one game mode in one of four maps that all feel like pretty much the same castle over and over again. There’s no variety in this game and it’s painful. Each character does have a simple upgrade path but that doesn’t matter much if the game couldn’t keep me interested long enough to want to unlock the small handful of perks each had to choose from.

Here’s my typical experience with Hood- Boot up and get dropped into the game’s equivalent of a social space – a mostly empty campsite with generic looking tents to manage upgrades and a few unlockable extras – jump in to matchmaking, wait around and check Twitter while the game scrapes together enough players for a match, try and fail to follow basic strategy because nobody in this game is using headsets, lose miserably because the other team has four tanks and beat everyone’s head in while your team decided on basic squad composition, rinse and repeat. 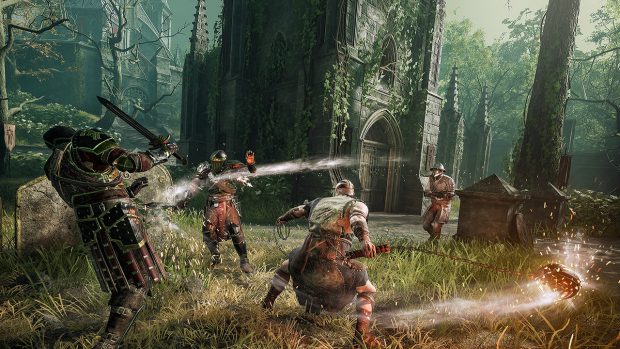 Hood isn’t a great game. The problem is that it isn’t even necessarily a bad one. It just… IS. The game is stable and everything works the way it was designed. There just isn’t enough of it. There are a number of things that could fix this experience, variety being the first. Give me more than four characters to play as. Give me more than one game mode. Just give me more.

As it stands, Hood feels like a late in development add-on multiplayer mode for a better single player experience. The exact kind of multiplayer mode that the review for a better game would completely ignore. What we have here is a lackluster title that I wouldn’t recommend anybody spend $30 on.

That being said, if it ever comes to Game Pass… 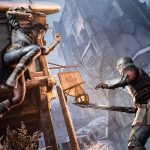