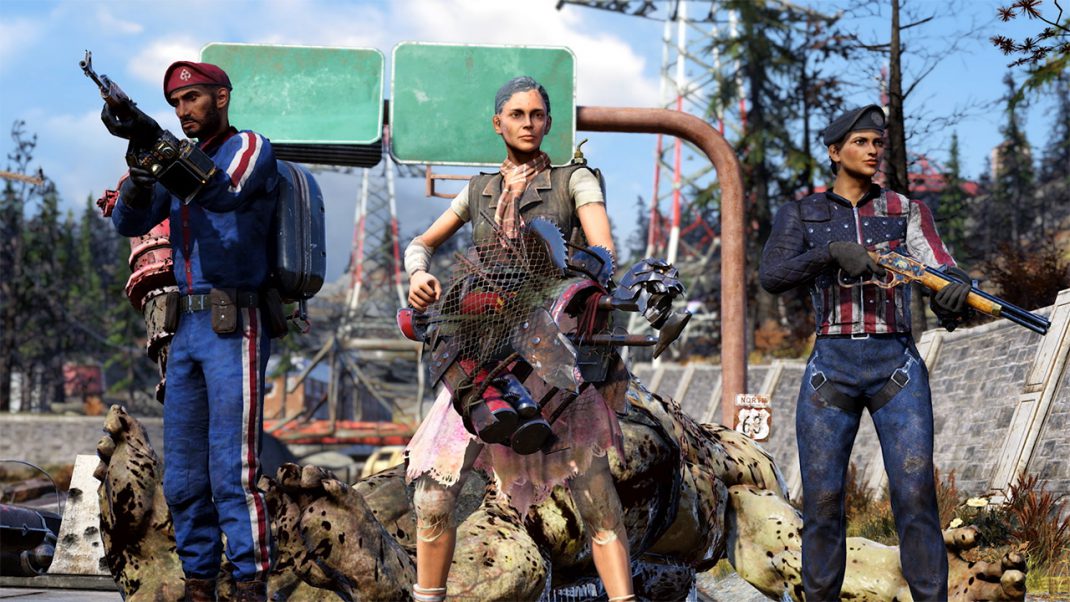 Locked & Loaded, the newest free update for Fallout 76, is live now for all players. The update kicks off Season 4 with a brand-new Armor Ace themed Scoreboard and introduces highly-anticipated community features including S.P.E.C.I.A.L. Loadouts and C.A.M.P. slots, as well as expanding Daily Ops and additional quality of life improvements.

One of the most common requests from the community is now a reality. S.P.E.C.I.A.L. Loadouts enable players to completely reset a character’s S.P.E.C.I.A.L. attributes allowing for quick build overhauls. Beginning at level 25 players can create and save custom S.P.E.C.I.A.L. point allocations and Perk Card assignments, and then switch between them.

Until now players were limited to 1 C.A.M.P. With C.A.M.P. Slots, players can build multiple different C.A.M.P.s, each with its own location, build budget, custom name, and even a unique map icon. Players can set 1 active C.A.M.P. at a time and easily switch among them using a new C.A.M.P. Builds widget or the C.A.M.P. icons on the map.

Managing inventory items for sale has also never been easier. Vending Machines now feature a large pool of item slots that are shared for every instance across all your C.A.M.P.s. Display Cases will be separate per C.A.M.P., allowing you to showcase different items at each one.

Season 4 kicks off today with a new Scoreboard and 100 ranks to achieve. As players complete quests, challenges, and events, they’ll advance along the Scoreboard and follow alongside Armor Ace as he embarks on a new seasonal adventure while claiming a ton of new rewards along the way. This season brings with it items that are making their debut as rewards, such as Mannequins, Tadpole Badges, Sugar-free Nukashine, and Rad Ant Weight Lager. Players can also expect new Power Armor and Weapon skins, new C.A.M.P. items, and new cosmetic outfits.

For more information on Season 4 rewards and all the details on what’s new with today’s Locked & Loaded update, please visit fallout.bethesda.net.