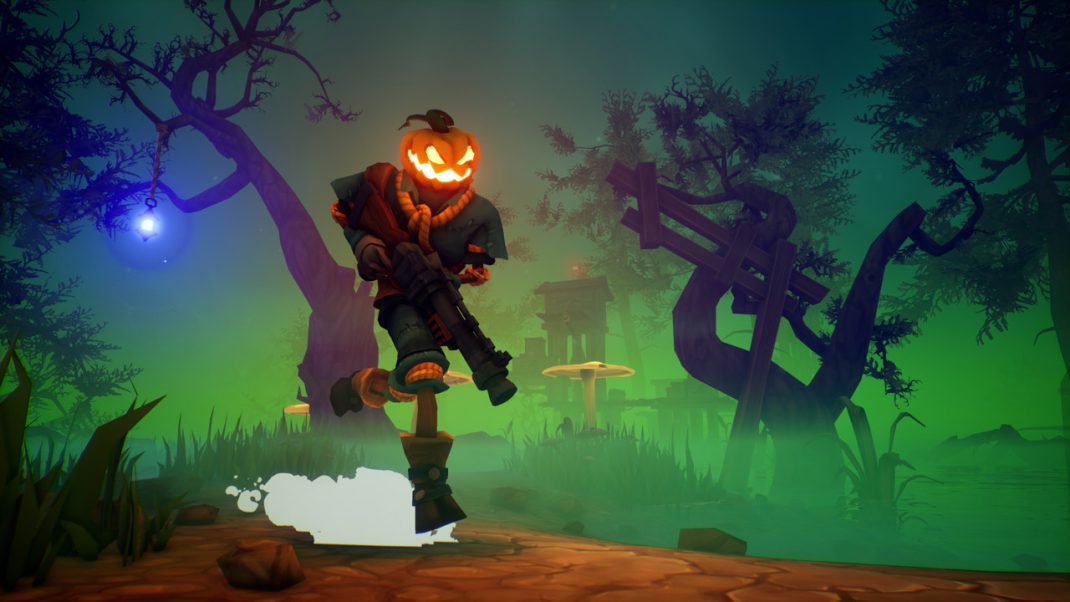 The dazzlingly spooky 3D platformer Pumpkin Jack is available now on the PlayStation®Store, playable on PS4 and PS5.

The price for the scratch to everyone’s 3D platformer itch is $29.99, €29.99 and £24.99. You can also get the soundtrack, it is available for several digital platforms, all listed here on ffm.to.

Pumpkin Jack is set in a dazzlingly eerie world – just imagine a mashup of Jak & Daxter and MediEvil made with Unreal Engine 4. Even though it was created by just one single developer, Nicolas Meyssonier, the 3D platformer features a hair-raising array of gameplay mechanics providing an entertaining playtime of 5-8 hours (one run).

Playing as Jack, you overcome tight platform sections, solve riddles (literally!) with your head, run for your life to escape giant burning barns, ride mine carts (in a classic roller coaster-ish manner of course…) and much more – and yes, using an varied arsenal of weapons you’ll fight lots and lots of foes, from small weak ones up to huge bosses all of which will test your skills.

For honoring him for this astonishing achievement feel free leave a “thumbs up” at the Release Trailer and join him on Discord or Twitter!