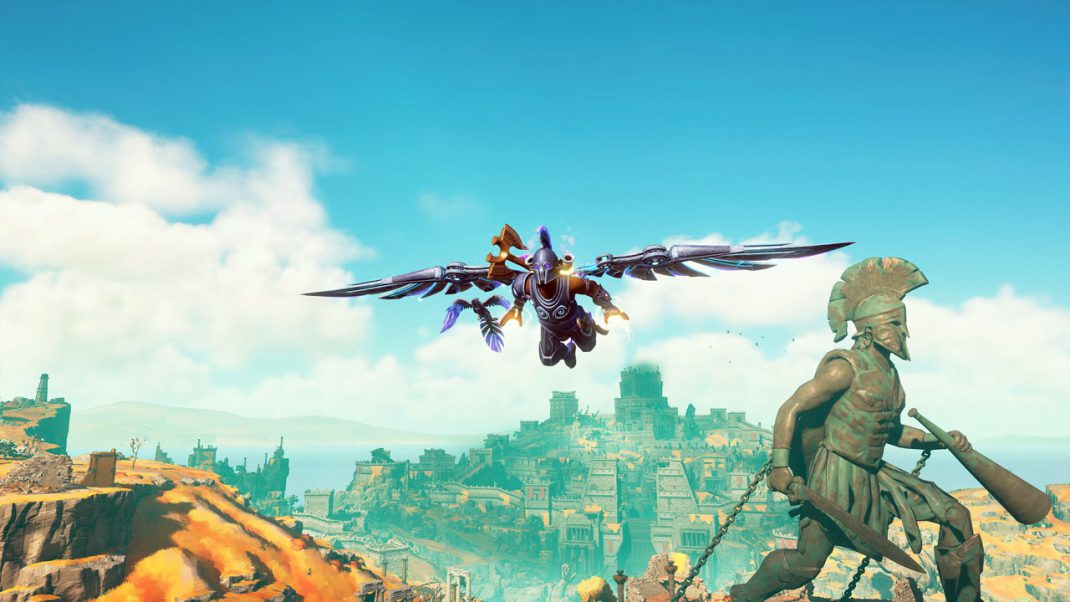 Immortals: Fenyx Rising is not the game I imagined myself wanting to show off my Xbox Series X with but dang, 2020 was wild, y’all!

That’s it. Review done. 8 out of 10. Let’s go home and play more Immortals: Fenyx Rising. (Editor’s note: You have to actually write a review.) Oh. Okay, then.

Originally announced at E3 2019 under the objectively better name “Gods and Monsters,” Immortals: Fenyx Rising struck many as a sort of “my first Assassin’s Creed,” an apt impression considering the Greek Mythology flavored adventure is the product of Ubisoft Quebec, developers of the Greek Mythology flavored Assassin’s Creed: Odyssey. Spend the opening hours playing the game and you’ll quickly find that you’re not playing an Assassin’s Creed game at all, rather something much closer to Nintendo’s Legend of Zelda: Breath of the Wild. Immortals: Fenyx Rising gives players an impressive open world adventure densely packed with things to do and locations to explore, a bold art style highlighted by eye popping colors, and a focused and straightforward story that almost bends under the weight of cringe-worthy jokes and stiff characters.

Immortals tells the story of Fenyx, a mortal soldier thrust into adventure when their ship wrecks on the shores of the mysterious Golden Isle. Fenyx discovers that their fellow soldiers, including their brother, have all been turned to stone as a result of the titan Typhon attacking the island in an attempt to overthrow the gods of the Greek Pantheon. Actually, let me take a step back. Immortals tells the story of Prometheus telling Zeus the story of Fenyx coming to the gods’ aid, a structure that becomes the source of most of the game’s humor. Prometheus and Zeus narrate almost the entirety of the game, frequently breaking in and making light of whatever Fenyx is doing at the moment. 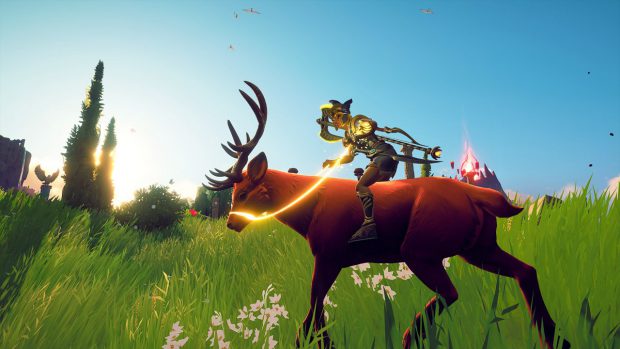 And what does Immortals: Fenyx Rising do?

I’d be lying if I said I wasn’t going into Immortals: Fenyx Rising expecting another Ubisoft open-world checklist simulator. Ubisoft has… a thing. They do side quests and collectibles and RPG-lite mechanics in just about every game they produce these days with the only real differences being what genre you’re doing it in. Immortals chooses to not do that. Yes, there are map markers to hit and towers to climb and skill trees to unlock but it’s all so much more focused than your typical Ubi product. Rather than climbing endless towers and liberating endless outposts to clear your map, there are four, maybe five things to climb and at any point, much like in Breath of the Wild, Fenyx can use the gift of far sight to zoom in on the environment and tag interesting things to go do.

The environment is where Immortals differs from the standard Ubisoft formula in a simple yet wonderful way. We’ve all gotten used to the normal Ubi-fare of liberating an area and instantly having our map break out into a chicken-pox like infection of side quest dots to check off. Immortals goes the opposite direction and makes you find things before they appear on your map. And finding things is the biggest draw that keeps me coming back to the game. This world is, in a word, dense. Where many modern open world games make travel between missions feel like a chore, Immortals never finds you going much more than a few moments between stumbling upon interesting environmental puzzles to solve or dungeons to fight your way into and solving the environment challenges you to open your eyes and look around as the solutions require a basic level of critical thinking rather than holding the right stick to ping the environment to show chests lurking on the other sides of walls **cough Assassin’s Creed cough**.

Ubisoft Montreal has created a stunningly gorgeous world to do this all in. Colors pop and the game runs at a buttery smooth 60fps. I played this on my aforementioned Xbox Series X and not once did I experience any frame dips or crashes. The expected Ubisoft open world bugs are nowhere to be found and instead I’ve been pleased to find that this is a game that just… works, which is more than can be said for some other marquee titles hitting consoles this holiday season. 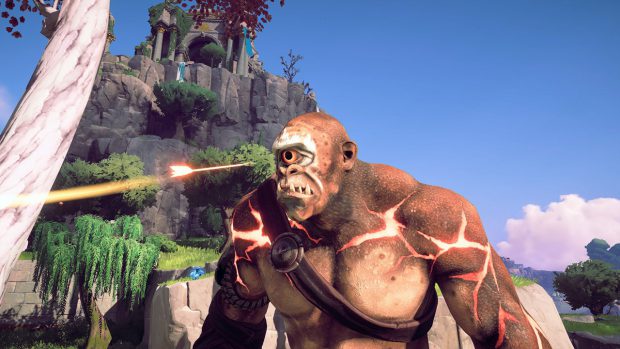 Now, what’s not to like? Thankfully, not much. Character models look a little rigid and animate a bit closer to Thunderbolts-era marionettes than the Pixar/Rare style cartoonish energy it’s clear Ubi is going for. Luckily you don’t have to see characters interact all that often if you don’t want to and the skip button is always ready to go when you find yourself in a cinematic. The skip button will also come in handy when the game tries to make you laugh. The writing goes for it but often feels trapped somewhere between the kid friendly PG vibe the game wears on its sleeve and more mature PG-13 humor found in much of Zeus’ dialogue, and rather than trying to find a family friendly subversive balance, the game more often feels like its failing to pick a lane. That all being said, though, it’s never worse than slightly eye rolling and it’s often easy enough to over look.

While it may have a silly name and is unlikely to spawn a franchise, Immortals: Fenyx Rising helps me make a damn good argument to my wife why I had to spend $500 on that new Xbox Series X console. Taking more than a few notes from one of the best open-world adventure games of the modern era, Ubisoft has created a Zelda clone that meets the challenge of being the next best thing for anybody who doesn’t own a Switch. To top it all off, Ubisoft has given next-gen owners a game that looks great in HDR and runs solid with none of the bugs to be found that are plaguing other titles hitting the holiday shelves. Immortals: Fenyx Rising is a game that feels like Ubisoft stepping out of its comfort zone and trying something, while maybe not new, refreshingly different enough from what they’ve become known for.