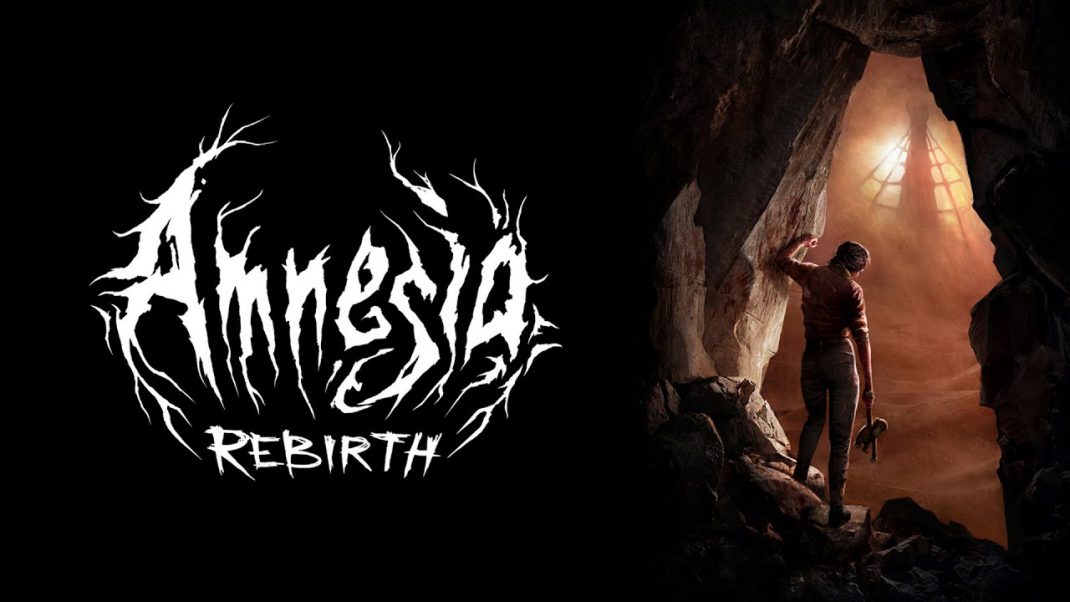 Set in the Nigerian Deserts in 1937, Amnesia: Rebirth begins with a plane crash and a character that doesn’t know anything more than you do about her past. French national “Tasi” Trianon wakes up alone in the wreckage of a plane in the middle of dunes with some mountains in the near distance promising shade and hopefully the protection of some nearby caves. She starts out with the titular amnesia and slowly, mostly through clues discovered throughout her travels, she begins to have flashbacks of better days. Without giving away too much of the plot her slowly lifting amnesia is a salve for her current fear-filled travels. 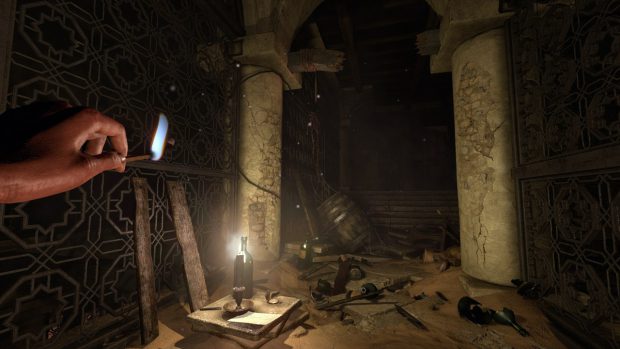 If you have enjoyed the Amnesia universe that is slowly scratched at throughout the games then you will really enjoy Rebirth since it digs even deeper into the mythos than the previous games. Each game of the current trilogy has shown a different but somewhat overlapping look at a world that is mostly suspenseful but not above a startle scare or two, or twelve for that manner. The game enjoys lulling you into a certain level of tension laced with repetition causing you to jump even harder when it gets you. I’m what’s known in some horror communities as a happy rock. I love to see a good scare even if usually they don’t work on me, and yet right now as I pen this, I am trying to shake off the last scare I got. I’m cherishing the startle right now since the other Big C shut down so much in the ways of scaring that you gotta appreciate what you get. That doesn’t mean that this game wouldn’t be considered as good in a non-2020 year but maybe it wouldn’t have gotten the appreciation it deserves.

A great story is nothing in a game if it doesn’t deliver in other ways such as graphics, audio and narration. The graphics in the game are really nicely done, not photo-realistic but close enough to identify everything and more importantly help pull you into the story. The audio is excellent and is used to the maximum during scares where you hear a sound but also have an audible sound sting that brings a scare home, and of course you gotta wear headsets while playing. In a game like this with a driving suspense behind it both the sound effects and any narration are critical in the delivery and actress Alix Wilton Regan, of such games as Mass Effect 3, Assassin’s Creed and Metal Of Honor: Above And Beyond just to mention a few of her really long pedigree, is very much up to the challenge. Her acting is so well done that it helps with pulling you deep into it and is not above lulling you into a tense calm perfect for a scare. More importantly, she brings home the heavy drama that part of the storyline requires. 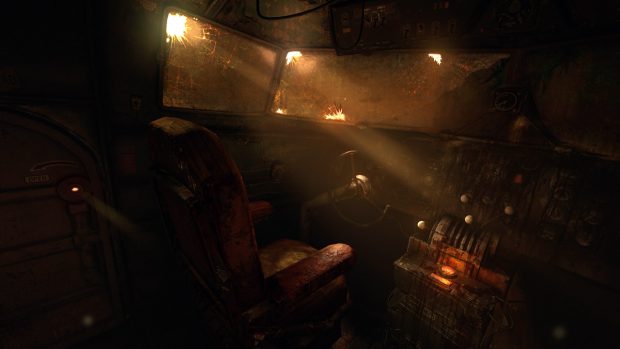 Most of the game consists of solving puzzles to advance onto the next part. Sometimes the game likes to give you a few hints to work with, other times it takes a bit of creativity that can be completed in different ways. It makes a suggestion but if you seem to figure out a puzzle can be completed using different items or earlier than necessary the game will let you, it’s not open sandbox at all, certain points require other completions, but it gives a little leeway that feels more realistic as a result. This little freedom definitely adds to the immersion.

If there is any real concerns the puzzle controls might be one of them. When it comes to operating a puzzle event the controls can be a little unwieldly and as a result a little frustrating. It’s one of the few things that actually can pull you a bit out of the game as you are having to exaggerate while using your mouse to turn a wheel or pick something up just right. There were also a couple of collision/ground solid issues here and there that can be a little distracting themselves. A good example was at one point I set a quest item down to adjust my hold on it and it disappeared under the dunes with a rolling sound so I had to move around the dune trying to find something I can grab without seeing it. Uncommon issue but can be distracting. Lastly the loading images can be a little spoiling, they are artistically done but the subject matter jumps ahead a bit in them. 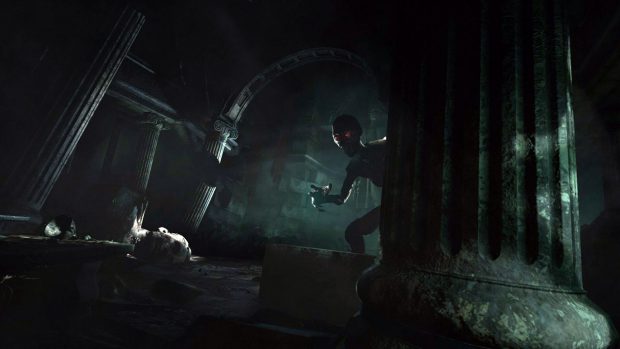 There are some themes that might be a little difficult for some people to handle due to life’s experiences, it’s hard to warn about without giving away any of the plot. It’s just a smart idea to go in expecting fear to not be the only emotion you go through during this game. There are plenty of players that the subject matter will just slide past, others will take some other deep feelings with them.

Amnesia:Rebirth is a beautifully made game of light and dark, love and fear, all of which are only a heartbeat from each other. The graphics are good, the audio terror-ific, the narration is immersive and the puzzles keep you interacting with this latest delve into the Amnesia universe. At times scary, others saddening and always full of tension Amnesia: Rebirth is a great game.