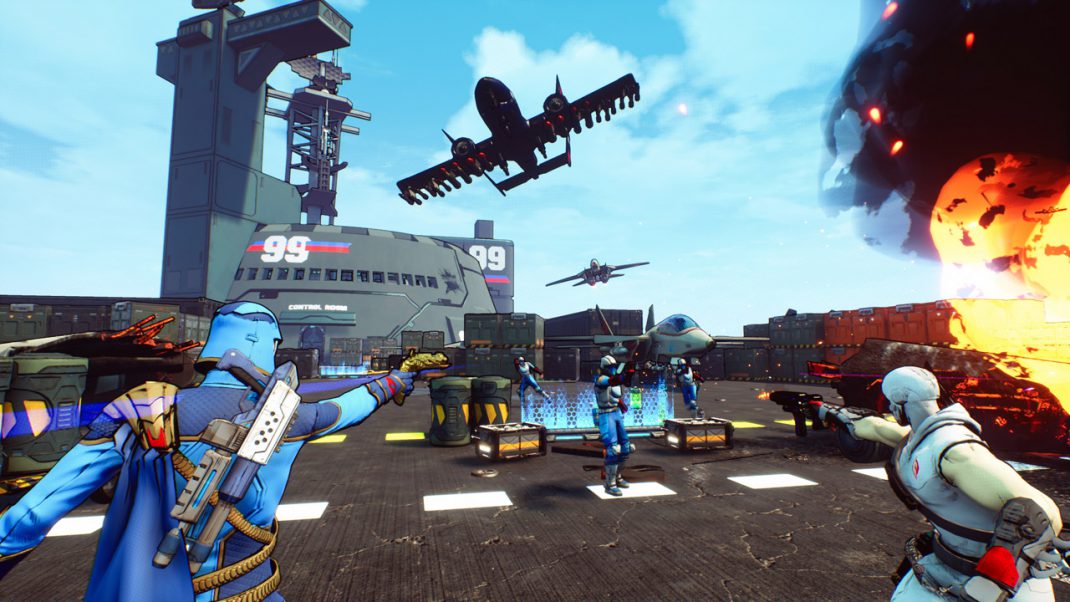 I grew up on G.I. Joe: the toy line, the shorts, the cartoon series. It was everywhere right up through my first college years. It even birthed the catchphrase “Knowing is half the battle!” which fame wise isn’t quite as cross generational as “The More You Know”, but it’s up there. The thing was I, like many of my friends, liked the bad guys better. My younger cousin got ALL of the G.I. Joe toys where I tended toward the darker half of the toy franchise. I loved Cobra back then and actually still have a really big Cobra magnet on my fridge so you can bet I was pretty jazzed when G.I. Joe: Operation Blackout came along.

A few years back they came out with a game for the Transformers called “The Fall Of Cybertron” which enabled you to play as many of your favorite Autobots but I found the missions as the Decepticons much more fun even if it was tearing down the Transformer home world and forcing the factions into space to find a new home. The bleaker side of the story fit the universe well and added some great depth to it with good not always winning out over evil.

That is one of the big draws of G.I. Joe: Operation Blackout. It also allows you the ability to play as characters from both sides of the story in campaign mode so that if you always wanted to play a particular Cobra character you will probably get your chance. Don’t worry, if you are Joe to the core you will still get to play plenty of them through one side of the campaign’s story but the real treat of the game is playing those action figures without having to hold a piece of plastic and say “pew pew”. Full disclosure: I do hold my Xbox One controller which is plastic and I always “pew pew” during action games so maybe the difference isn’t quite that much. 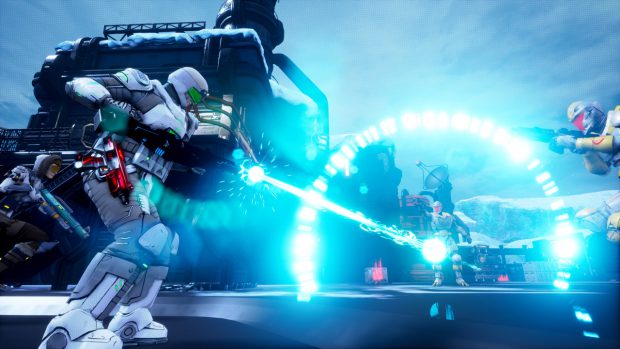 Without giving away too much of the plot Cobra has gotten the upper hand against G.I. Joe with a global attack that leads to Cobra taking over governments and scattering the Joes to the wind. You get a chance to do damage on both sides of the conflict with not all of it going great for the good guys, unlike the iconic cartoons it was based off of.

The gameplay is 3rd person shooter which is nice considering it’s one of the best ways to shoot and dodge during combat but also looking over the character’s shoulder definitely helps pull you down into the game and reminds you who you are playing. Some games would leave these visuals to help pull you into the character without any extra distinguishing characteristics.; Luckily the developers understood that not only does having unique abilities to each character help keep you engaged it helps prevent combat from becoming stale. Since the player has some freedom on how they complete objectives for whichever side of the battle they are fighting for, this also encourages replay.

Speaking of fighting one of the few concerns in the game is the difficulty of combat. When the game gets hard it just gets suddenly hard, you will be cruising along then find yourself stuck on one section of one aspect of the campaign just playing over and over until you have a little extra luck clearing that section. This can be frustrating enough to make people prone to rage quitting take a little timeout hopefully without spiking the controller into the TV. For this review I am playing on the Xbox One so I have no idea if the version for the PS4 or PC may have the same issue or not. Checkpoints can also be a little unpredictable so make sure to stay on top of saves.

A game based on action figures and cartoons needs to have a solid graphic design otherwise it just won’t work. In this case most of the 3rd person gameplay looks like you are traversing through one of the TV episodes running across cartoon battlefields. It really looks like it could have come right out of a Saturday Morning Action Hour. Cutscenes are done like motion comics, basically it shows a page from a comic book and the panels and characters are shifted through them slightly creating movement. This is becoming more and more common in the comic book industry (Watchmen is one of the best) and it’s great to see the technique bleeding over into games. The whole result is a nice over-the-top fighting game with lots of cartoon explosions and vibrant cartoon colors. The sounds all complement the visuals with lots of sound effects and cartoonish music to complete the action. 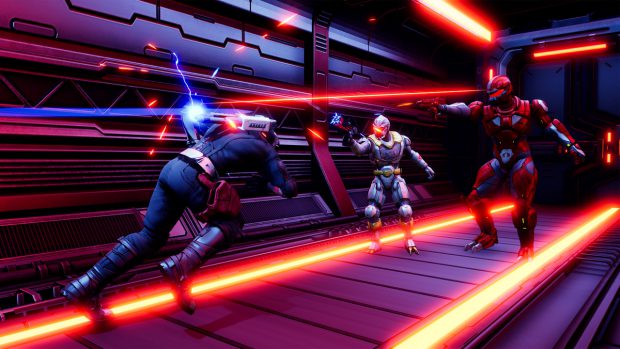 Besides the single player campaign you can also play with friends in split screen co-op/vs. mode which is great since it gives you a chance to play with your lock-in mates during COVID and beyond to help deal with the cabin fever. If you are running solo in your abode then it has online multiplayer as well. You get the usual multiplayer styles of Capture The Flag, Deathmatch and King Of The Hill which may seem a little uninspired but the fun is really in playing the iconic characters head-to-head and these modes really bring that home.

I got really excited at one point when I looked at the game menu and saw “Knowing Is Half The Battle” as one of the categories. It shows art and other unlockables but the one thing I hoped to see in there, all of the “Knowing Is Half The Battle” safety promos that still inspire memes to this day, were not. Maybe as part of an expansion one day. More stories set up like additional episodes would be great and allow for even more unlockables. The original campaign is a little short, luckily replayability is high with a game like this.

G.I. Joe: Operation Blackout is a fun game for the uninitiated into Joe lore but if you are a fan who grew up on it just getting to play the characters, particularly Cobra, is fun and worthy of the title. It has all the camp you remember from G.I. Joe with classic characters to play while at the same time using great cartoonish graphics and motion comic cutscenes bringing together a great play. Hopefully we can get more episodes in the future. 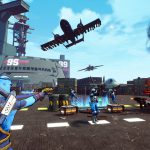