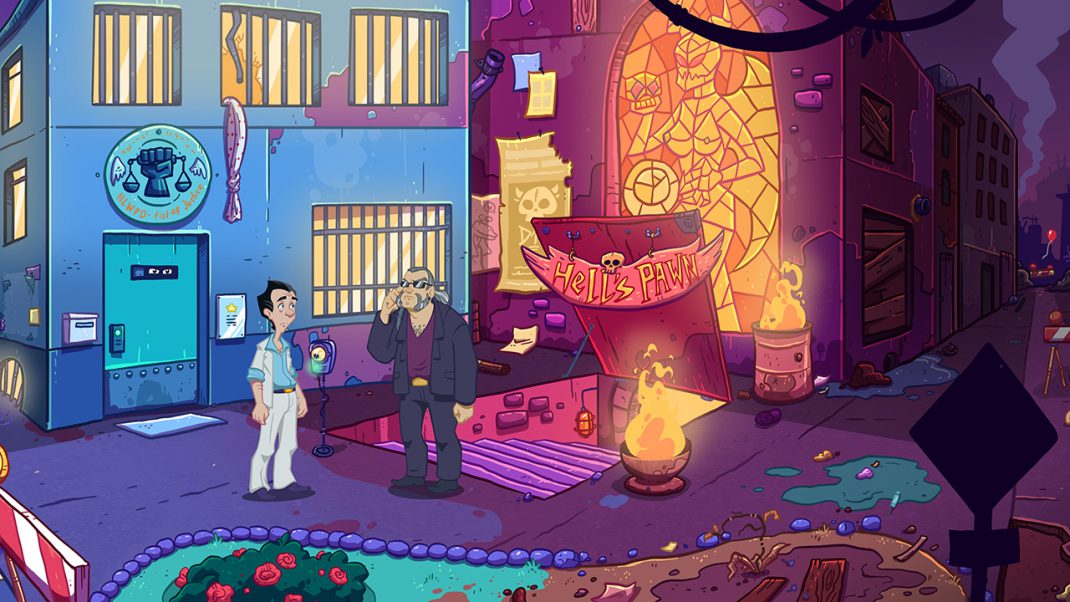 It’s hard to believe Leisure Suit Larry is still alive and well in 2020. When I was asked to review this title for GamingShogun, my first thought was “They still make those games!?”. I remember back when I was still in junior high and visiting and friend’s house, playing one of the original Leisure Suit Larry games and laughing at all the insanely raunchy content (especially for a PC game back in the early 90s). Rest assured, if you’re a fan of Larry Laffer and his continuing schemes to get laid, things have only gotten better with Leisure Suit Larry: Wet Dreams Dry Twice. 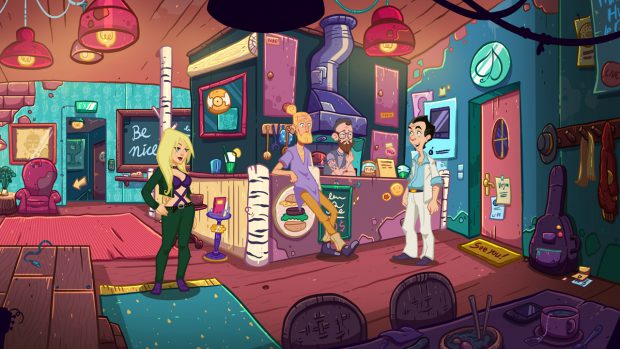 Wet Dreams Dry Twice, begins where the previous Leisure Suit Larry title “Wet Dreams Don’t Dry” left off, Larry stranded on the conspicuously named island of Cancum, his lost love Faith missing and feared dead, and Larry being forced into an arranged marriage with the daughter of the island’s leader, El Rey. El Rey is there right at the start of the game to give you a full backstory on what occurrences left Larry to be stuck on Cancum (seriously, there’s no way to avoid how often that’s said at the beginning of the game so if you’re already over it by this point in the review, this game probably isn’t for you). El Rey’s dialogue is entirely optional and comes with a variety of choices if you’re already up to speed with Leisure Suit Larry’s backstory up to that point, which definitely helped for someone like myself who hasn’t played an Leisure Suit Larry title in over twenty years. It also gives you an example of how the dialogue options work. From there, you set off on your first tasks on the island to prepare for your wedding, guided by a smartphone Larry has access to at any point in time. The smartphone menu gives you an easy way to keep track of your inventory, your current tasks, as well as a running tutorial to assist you at whatever point you may be at. While it is an absolute essential part of the game with not only inventory control and quests, it’s easy to utilize quickly without having to switch to a different screen entirely to manage these different options, especially when it comes to following through and completing tasks that require items in your inventory to be used on parts of the in-game environment. While completing your first initial quests, you learn that Larry’s missing Faith is indeed alive, setting off the actual story line of Wet Dreams Dry Twice.

Point & Click games are one of the original types of games before graphics were good enough to follow sprites around and make them more interactive and if you’re looking for a callback to that era, Wet Dreams Dry Twice is absolutely what you’re looking for. It’s got wonderfully colorful graphics and characters and the environments Larry interacts in are easy to maneuver through and be able to tell quest items and various things explained out in a quest that you need to keep an eye out for apart from just static items that make up the rest of the areas. Early on when I was looking for a matchbook, it was easy to tell what and where the matchbook was in a room full of old junk, once I found it. Like previous point and click games, Maniac Mansion is always one that comes to mind first, you want to grab anything and everything you see that can be tossed into an inventory. A used tube of lube? Grab it. A brick oven pizza peel? Grab it! You never know when you might need some of this random stuff so pretty much if the game says you can take it, click on it and at least take a look. And unlike more challenging games in the same vein like Resident Evil where you dont know where an item might come in handy and you only have such a big inventory, Larry’s smartphone holds all the inventory you pick up along the way so dont stress about overloading or having to worry about future inventory management, especially when you’ll be utilizing and leaving behind these items once you’ve completed their usefulness. 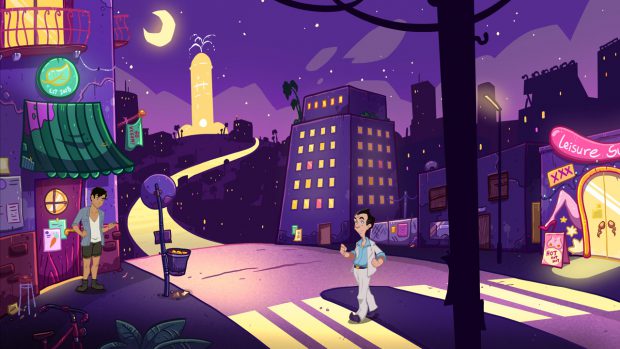 With the genre of the game in mind, and as I said previous, this game’s content is definitely not for everyone. If you’ve never heard of our pal Larry, him and his games define sexually crude. It’s a game filled (quite literally) with overly sexist and sexually related humor. It’s quite literally a search for Hidden Mickey’s, but instead it’s human reproductive organs. And they are in every scene, most likely multiple times. Along with that, the dialogue is FULL of sexual innuendos. Like loaded and engorged ready to explode puns that are in almost every single line of dialogue. While some of the jokes can be a bit dated here and there, or just overall so dumb that they’re really not funny at all, this is the type of game you’d expect when you’re gearing up Larry for an adventure. If you’re already thinking that this game might not be one for you, this game is most definitely not for you! Wet Dreams Dry Twice definitely isn’t a game that you’re going to want to play with your mother in the room. It’s incredibly sexually crude every step of the way. However, this is a classic Point & Click adventure from a classic Point & Click hall of famer named Leisure Suit Larry. Aside from some slightly dated graphics (even for a point and click), and dialogue that at times gets to be a bit cringe when you hear the same joke over and over, Wet Dreams Dry Twice is down-tempo and is something you can take your time playing without having to worry about a clock of any sort.

If Leisure Suit Larry is your go-to Point & Click sex-filled bag, pick him up and take him and his new adventure home with you tonight!