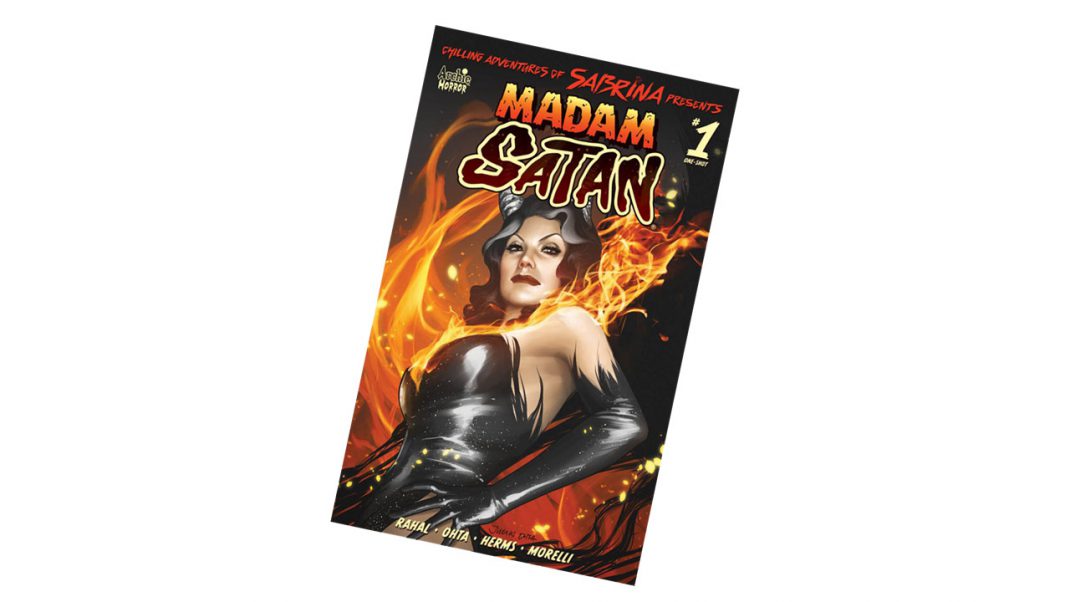 I have been reading comics since I was a child back in the 1970s and, though my friends were into kid ones like Richie Rich or Casper, I always preferred the darker ones like The House Of Mystery, The Vault Of Horror, and Tales From The Crypt. Any and all of those spooky tales that thrilled me to no end when I read them before bed with a flashlight. They were pretty tame by comparison to most modern day comics, but comics were given a chance to get darker for everything from titles such as Swamp Thing to the most surprising locations such as Riverdale, the fictional home of Archie and his gang. One of the best examples of this is the new was the Chilling Adventures Of Sabrina Presents Madam Satan. 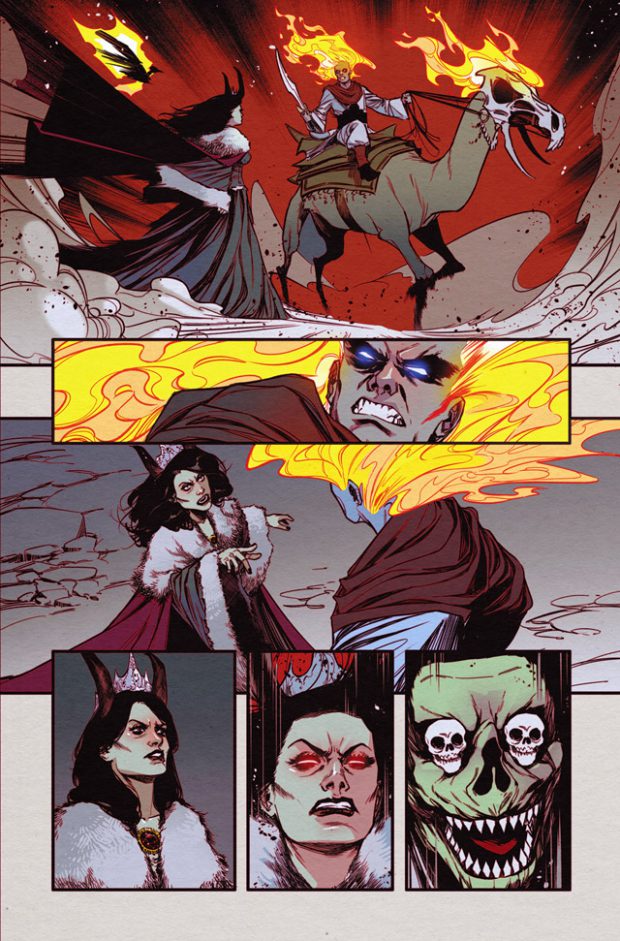 Archie Comics was founded in 1939 primarily printing superhero comics with the Archie characters appearing in a comic two years later in Pep Comics trying to appeal to fans of Mickey Rooney’s Andy Hardy movies. Jump way ahead through a lot of history and in 2013 Afterlife with Archie was released with Archie and the gang dealing with a zombie apocalypse in Riverdale complete with the occult, demons and Cthulhu. Following its success we got the Chilling Adventures of Sabrina where we follow the witch through all the trials and terrors of working with witchcraft and occult academy. The darker Archie universe was popular enough to spawn a Netflix series sticking with the title The Chilling Adventures Of Sabrina which provides and interesting balance of what a normal teen in school has to deal with and a practitioner of the dark arts would have to deal with.

Sadly the series has been cancelled (thanks again 2020) but luckily the comics are still here and Madam Satan is the latest one-shot for it. Without spoiling too much, the comic covers some happenings in Hell – particularly with one of the comics oldest foes in the Sabrinaverse, the titular Madam Satan. The Madam Satan character has been around since 1941 and these days finds herself bored and unfulfilled. The storyline is dark but not gore-filled, and it definitely fits in the Archie Horror label and manages to tell a complete story while being a teaser for the other Archie Horror titles. Spin-off one shots like this are great for telling the background of a character you don’t normally follow without having to dedicate an entire storyline to it which can be distracting and sometimes feel just squeezed in.

The story is well told but the art is what really brings this comic home. They did a great job creating Madam Satan in her different forms and by bringing up the concept of different looks. New readers going into the Archie Horror universe not only get a primer on the character but see that it is told in greatly artistic pages.

The only real drawback is its about the length of a normal issue of a comic and one shots tend to be longer to make it feel like a larger adventure. The comic is about the right size it could have been used for the Halloween ComicFest 2020 as a freebie but at a cover price of $3.99 it is at least reasonable. Plus possibly due to COVID-19 the ComicFest is shifting towards online ordering of collectables rather than free comics to get new and old readers into the medium. Hopefully it will draw some eyes to the last few episodes of the Netflix series, maybe enough that once the pandemic is under control some consideration to renewing the show can happen.

The Chilling Adventures Of Sabrina Presents Madam Satan is a good teaser in the sense it makes you want to read and watch more from the Archie Horror universe and it arrives at a great time of year to help as a salve for the lack of spooky things happening this year (thanks again 2020). I know I plan to go binge watch old episodes of the Chilling Adventures of Sabrina and reread Madam Satan a bit more while trying to put together some Archie Horror storylines to dive into. Apparently the one shot cast a spell on me.

The Chilling Adventures Of Sabrina Presents Madam Satan one-shot is due out on October 21st, just in time for Halloween.