The World Rally Championship, or, “WRC” racing game series has been around since 2001 and it has come a long way since then – positioning itself as one of the top rally games on the market. WRC 9 is the series’ latest installment – will it move the series to the top of the pack or does it fall behind? Read on to find out!

The game puts players in the real-life FIA World Rally Championship racing series throughout a variety of rallies around the globe – including new rallies in Kenya, New Zealand, and Japan! Graphically, the rally locations look great. While WRC 9 still lacks HDR and features some jagged foliage, it boasts enhanced lighting and that makes a difference. One thing to note is that NACON plans to release an upgraded version of WRC 9 for both the PlayStation 5 and Xbox Series X platforms. I can’t wait to see how that version looks in comparison. 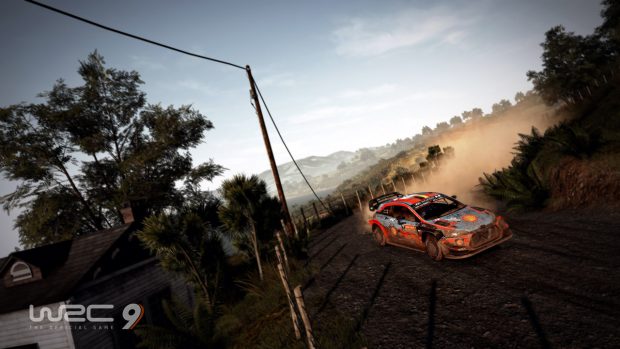 In-game audio is also good, with tons of vehicular noises to absorb as you scream around corners and over rough terrain. We did find some audio issues which hopefully can be patched at some point. Hearing our co-driver was very difficult despite adjusting audio settings. At other times the sound of my vehicle’s engine would lose all bass and become muted – very odd. But, again, these might be patchable – I hope.

WRC 9 features a variety of race modes – including local split-screen for when your friend comes over for a quick race. That feature alone is worth the price of admission as so few games allow that option anymore – but, I digress… WRC 9 features a career mode very similar to the one found in WRC 8 and the model still works great. In career mode, you’ll be in charge of managing everything from your crew to your finances and a lot more. You can even put money into researching new tech/parts for your vehicles. 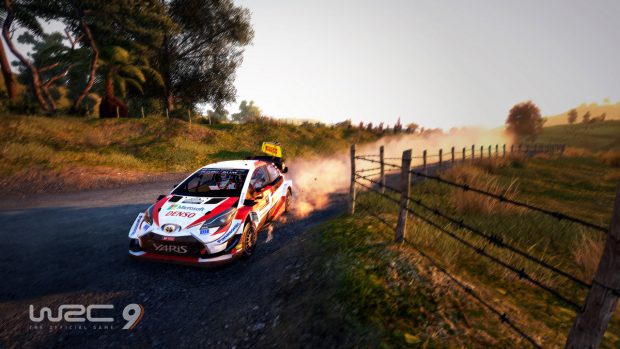 One of the biggest upgrades to be found in WRC 9 is the vehicle handling mode. Vehicle suspension seems so much more realistic and, which driving never felt bad in WRC 8, something just feels more “right” about it this time around. I have always been at a disadvantage in racing games like this – I need more situational awareness and realism to drive effectively. I cannot begin to tell you how many times I jumped into a Gran Turismo race only to find myself lodged against a wall after spinning out. WRC 9 cars drive so much more like a real car does – and that made me such a better player as the muscle memory of the real-world activity of driving has a place in the game. Of course, WRC 9 is compatible with most USB racing controllers, and I got the chance to play my copy of the game with a setup from Fanatec. The added immersion factor provided by pedals and a wheel are incredible and I highly recommend at least using some sort of wheel with the game – you’ll thank me! 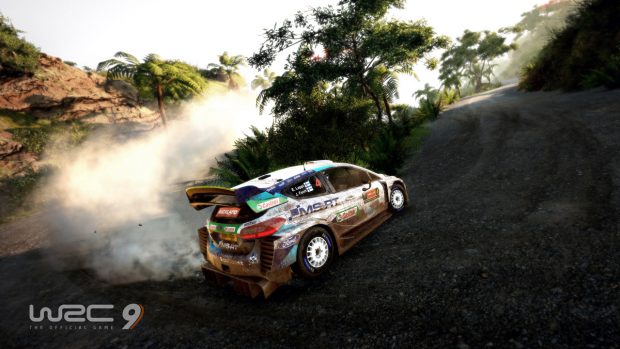 Overall, WRC 9 keeps the venerable racing series a serious contender for the racing game crown with incredible gameplay, vehicle handling, rallies, and a lot more. WRC 9 is out now on the PC, Xbox One, PlayStation 4, and Nintendo Switch platforms. It retails for $49.99 for the standard game and $59.99 for the deluxe edition, which includes the Toyota Corolla 1999, the Barcelona Super Special Stage (SSS) and a career development boost. 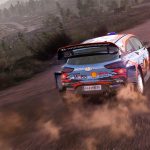