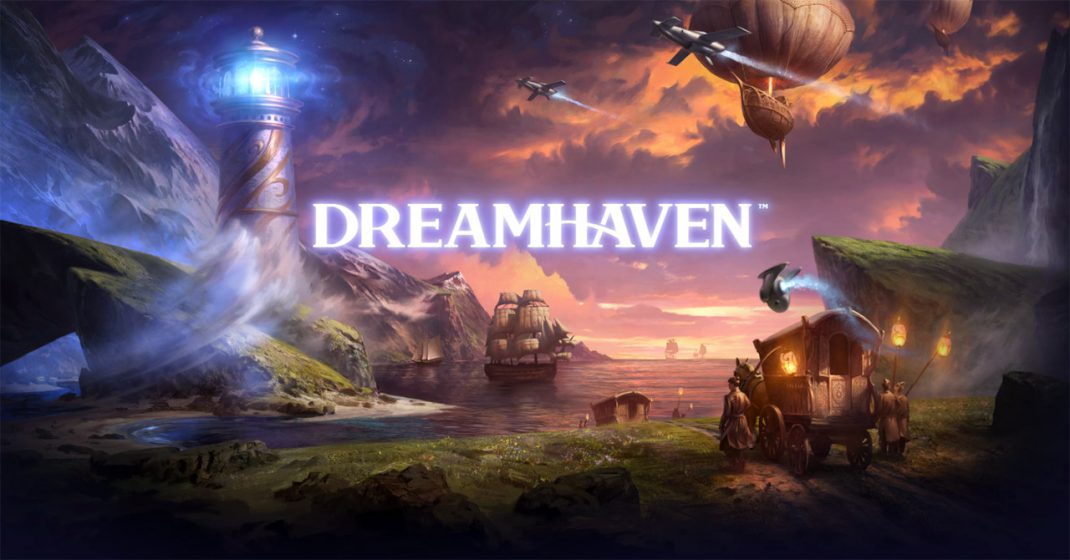 Mike Morhaime, former CEO and cofounder of Blizzard Entertainment, and a host of industry veterans today announced Dreamhaven, their new game company based in Irvine, CA. Dreamhaven will create and publish original games for players around the world, and it has established its first two studios: Moonshot and Secret Door.

“I’m excited to team up with such talented people who care deeply about games and their communities,” said Dreamhaven CEO Mike Morhaime. “I’ve always believed in the power of games to bring people together regardless of backgrounds or boundaries. With Dreamhaven, we look forward to creating and sharing new experiences with players everywhere.”

The team at Dreamhaven came together around a common goal to empower creators, help bring their ideas to life, and create original gaming experiences that foster meaningful connections between players.

Moonshot is led by Jason Chayes, Dustin Browder, and Ben Thompson. Chayes was previously an Executive Producer at Blizzard Entertainment where he led the Hearthstone team, a Senior Director at Electronic Arts, and before that, led art teams for the Walt Disney Company’s game division. Browder’s twenty-five year career includes roles as Game Director on StarCraft II, Heroes of the Storm, Command and Conquer, and The Lord of the Rings. Thompson’s credits include Creative Director on Hearthstone, Art Director for the World of Warcraft trading card game, with additional credits on Dungeons & Dragons and Magic: The Gathering. Moonshot is also home to a team of seasoned developers who’ve collectively worked on some of gaming’s most popular franchises.

“Dreamhaven has assembled some amazing people, folks who truly share our values, and we’re really excited to begin this next adventure together,” said Moonshot studio head Jason Chayes. “Though it’s very early days, when we think about Moonshot, we imagine a studio that celebrates curiosity and courage. We aspire to be bold in our approach, and we think the best way to do that is to create a culture centered around trust. That’s at the heart of how we’d like to work together and also how we’d like to connect with players once we’re a bit further down the road.”

Secret Door is led by Chris Sigaty, Alan Dabiri, and Eric Dodds, who’ve worked on multiple genre-defining games. Sigaty’s roles have included Executive Producer on Hearthstone, StarCraft II, and Heroes of the Storm, as well as Lead Producer on the original Warcraft III. Dodds was the original Game Director of Hearthstone and veteran game designer on World of Warcraft and StarCraft. Dabiri has filled both Technical Director and Game Director roles and has worked on Warcraft III, StarCraft II, and Heroes of the Storm. They are joined by a team of highly talented developers with extensive industry experience and are beginning to explore new game experiences together.

“The amount of game development and publishing experience at Dreamhaven combined with the camaraderie between our studios is already providing an unparalleled environment for creative collaboration,” said Secret Door studio head Chris Sigaty. “At Secret Door, we are passionate about bringing players together in positive ways while building a sustainable home for creators. Dreamhaven is providing everything we need to head into uncharted territory. We cannot wait for others to join us on our journey!”