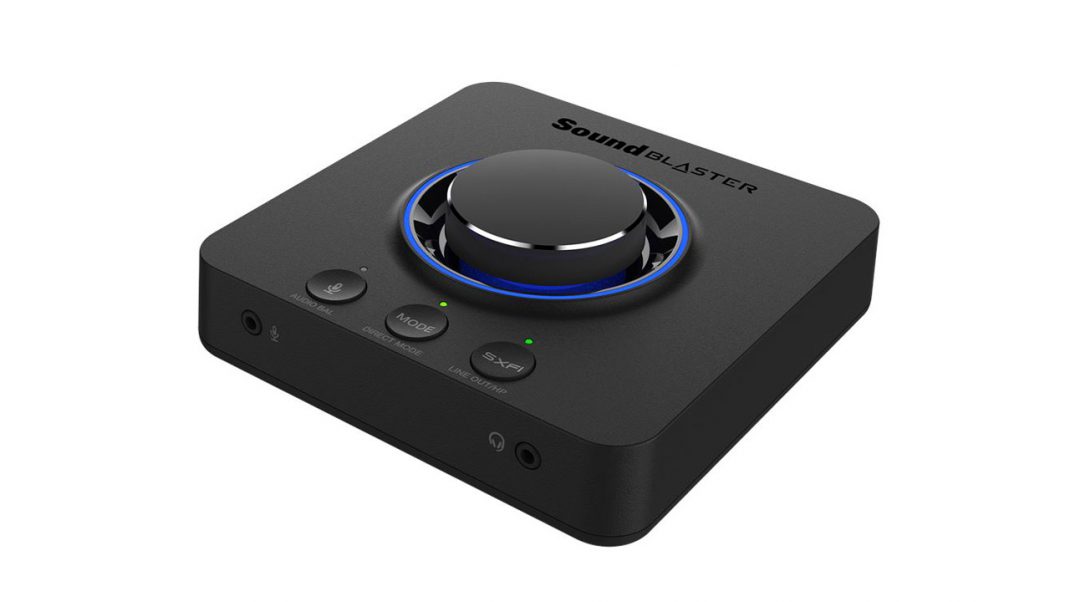 The Sound Blaster X3 is a small dark gray/black plastic box with a really cool blue halo light around the large control knob on the top of the unit. It’s not the most eye-catching product Sound Blaster has ever released but its aim is to be a bit more classy than just a product blinking with more RGB LEDs than a Las Vegas casino. What the X3 does is plug into your PC via a USB cable and act as an external Sound Blaster sound card for your gaming rig. Along the top of the Sound Blaster X3, you’ll find the big control knob, audio balance mode button, direct mode button, and SXFI button. On one side of the X3, you’ll find a microphone input and headphone output while on the opposite side of the unit, you’ll find the many speaker output ports, fiber optic output, a line-in port, and its USB input port (for power and connection from your computer). The reason for so many buttons and button combinations to access various audio modes, is that the X3 was designed to be portable. 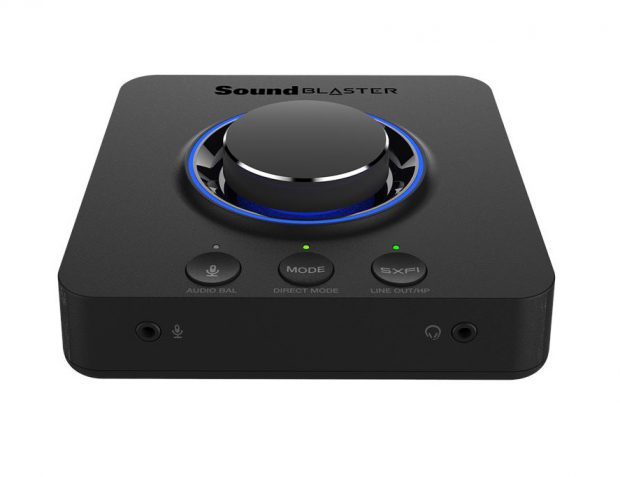 So, if you already have an internal Sound Blaster sound card like the Sound BlasterX AE-5 or AE-5 Plus, you don’t need an X3. However, if your computer doesn’t already have a sound card or is due for a sound card upgrade, you might consider the X3 for its portability and feature set. Not only does it act as a 7.1 multi-channel USB DAC with up to 32-bit / 192 kHz playback, but it can also drive studio-grade headphones thanks to its headphone amplifier capability. And that’s not just virtual 7.1 surround sound or anything like that. You can actually plug in a discrete 7.1 speaker system into this small box!

Also of note is that the Sound Blaster X3 is built with Super X-Fi Gen 2 audio holography technology. I can’t even begin to understand how they accomplish the audio clarity and realism heard with this technology. I have been lucky to experience it several times in both its Gen 1 and 2 configurations and am consistently blown away by its effects. This little box can put out some very realistic audio whether its playing your favorite movie or video game. Most recently, I put on Independence Day to celebrate the holiday weekend (gotta love Goldblum, Smith, and Pullman) and, again, just couldn’t get enough of the audio quality provided by the X3. Of course, it is worth mentioning that if you plug in a very cheap pair of headphones or speakers into the unit, you’re not going to magically get amazing sound. I guarantee you, though, it will sound better than just plugging them into a generic onboard motherboard audio port. 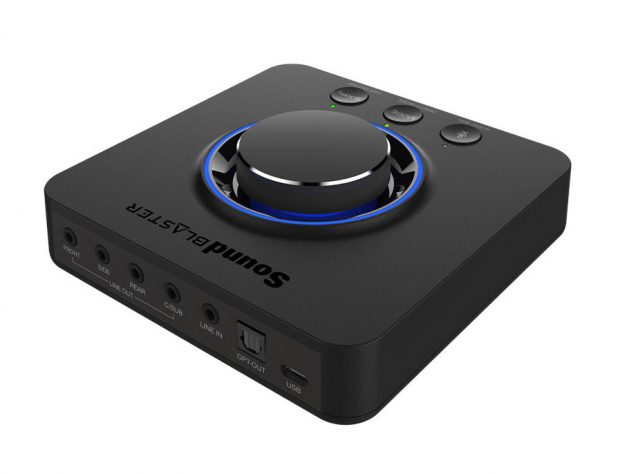 The Sound Blaster X3 allows you to take full advantage of your headphones and speakers, so your amazing headphones will sound all the better once plugged in and setup with a Super X-Fi audio profile. To setup your sound profiles, you will need to use the desktop Creative Labs program or the Super X-Fi mobile app. For my purposes, I used the Sound Blaster X3 for a few weeks in both work and play environments – I listened to music while working on papers and other documents. I also plugged in my favorite headphones to the unit while doing some late night gaming sessions. Whether its your favorite music app or first-person shooter, you’ll be glad you have the X3. You can even use Dolby Digital Live encoding on the PC platform. I mention that platform specifically as, while you can use the X3 on the PS4 and Nintendo Switch as an external USB headset, you won’t get the Dolby Digital Live on it (although you can still get Super X-Fi modes to work for better console audio).

Overall, I have found the Sound Blaster X3 to be as discernibly good as any internal sound card I have had the chance to test out. It’s portable, it’s capable, and it’s a very economical purchase given its features. Creative Labs is even running a 15% off special on the unit if you already own a Sound Blaster card (see the website for details). The Sound Blaster X3 retails for $119.99 and is available now. 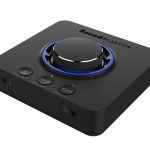