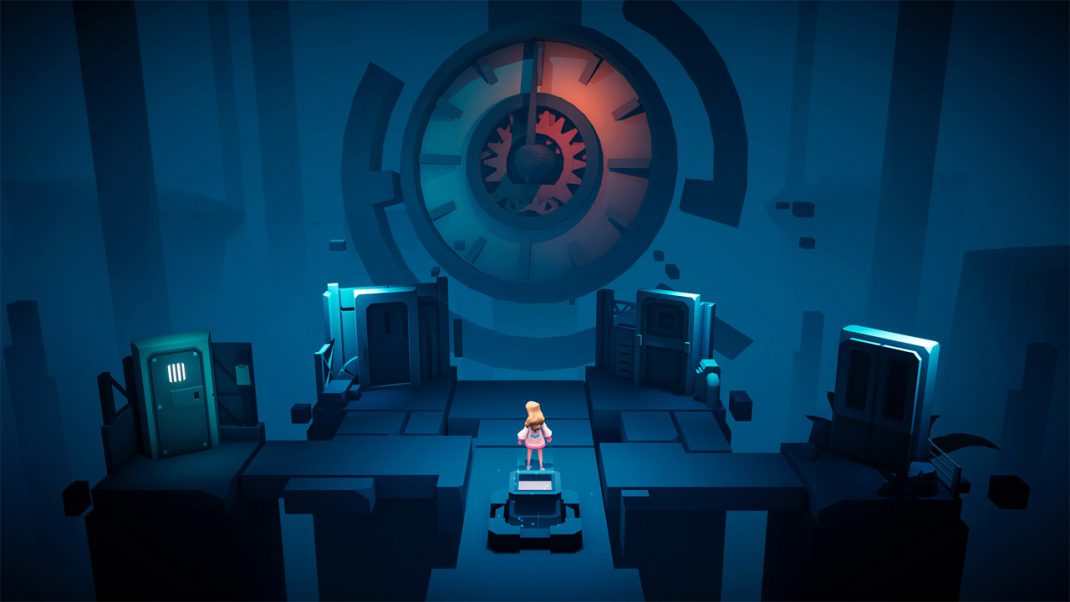 Urnique Studio and Milk Bottle Studio have released their new time-manipulating puzzle/strategy title Timelie and we recently finished up our playthrough via Steam on the PC platform. Timelie puts you in control of a young blonde girl and a tabby cat as they try to escape from a surreal lab-like environment populated by hunter robots. At the beginning of the game, the young heroine wakes up in a strange room all by herself. As the first several levels of the game go by, you will learn that she has several time-altering abilities. She can not only reverse time on objects that are destroyed (such as walkways) but she can also reverse time overall, allowing you to plan your movement through each map to avoid being seen by those aforementioned hunter robots. 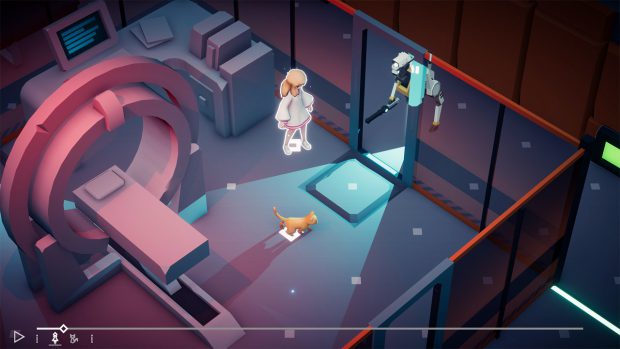 Once her little kitty friend arrives, things go into high gear, with players having to manage the safety and actions of both of them! Making things more challenging is that the player needs to use both of the characters to complete some levels as certain openings are only large enough for the cat to navigate. Thankfully, the hunter robots each have a field of view cone that will dictate where they are scanning. As long as your characters stay out of that cone, they will not attack them.

As far as its story goes, Timelie is rather cryptic, leaving much for the player to decipher and put together. I have several theories about the game – but there is definitely an influence from Carroll’s Alice’s Adventures in Wonderland. Physically, she is quiet the depiction of the character and there is a lot of influence from Carroll’s epic – from larger-than-life chess pieces to a little tabby cat who shares in the adventure in time-bending strategy. 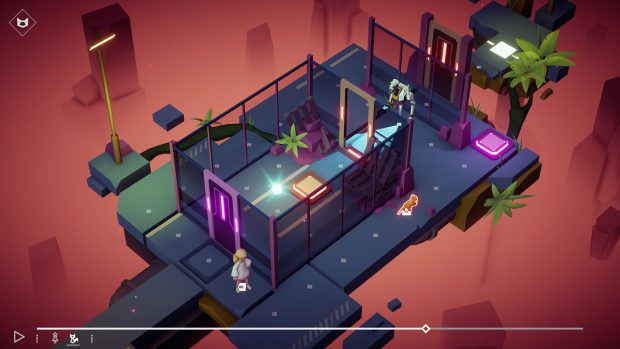 Visually, Timelie is a passable game that features a very atmospheric, if not somewhat generic level design. It will not be winning any next-gen graphics awards but that is not necessary for this type of game. Levels and objects are very polyhedral but that’s just part of the game’s art style. Timelie doesn’t feature any voice actors to speak of, but does feature a moody score that fits the game nicely.

Overall, Timelie is a challenging and rewarding puzzle game with intriguing gameplay and story. The game is available now on Steam on for the very reasonable price of $18.99 – or – $24.28 with a downloadable soundtrack. At around four hours of length, the game keeps things interesting while not wearing out its welcome. 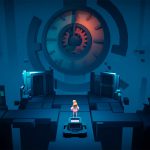