June 18, 2020 – Embark on a tale of dark terror in the forlorn civilization of Ten-Towers and the bone-chilling areas surrounding these frontier settlements in Icewind Dale: Rime of the Frostmaiden. Icewind Dale: Rime of the Frostmaiden contains fantastic secrets and treasures are entombed in the sunless heart of the glacier – what will their discovery mean for the denizens of Icewind Dale? You can even pre-order on D&D Beyond to immediately receive a few bonuses – icy character sheet backdrops and a set of glacial digital dice! 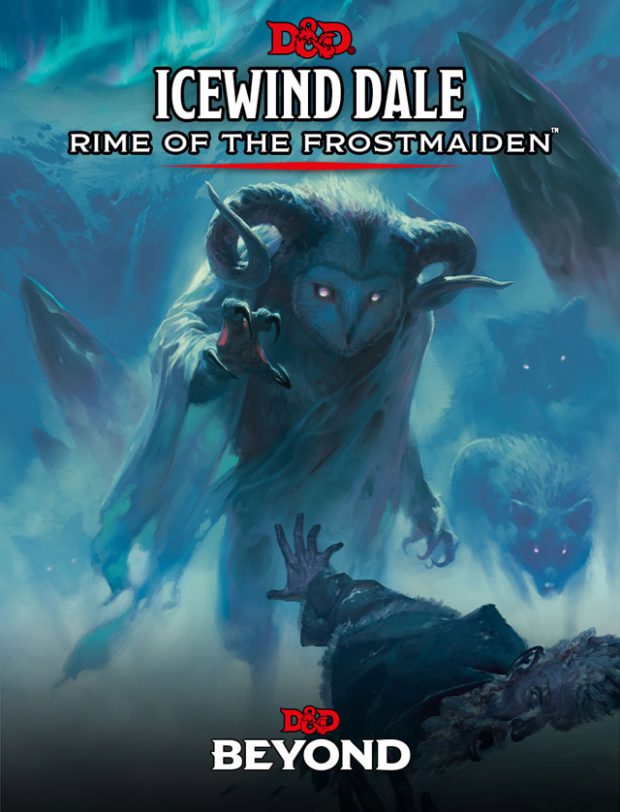 The sourcebook is also one of horror… In fact, one of the influences for the game was John Carpenter’s The Thing (ed. note. One of the greatest horror films in the history of film).

In addition to Rime of the Frostmaiden, several new D&D products were announced to come out in 2020: