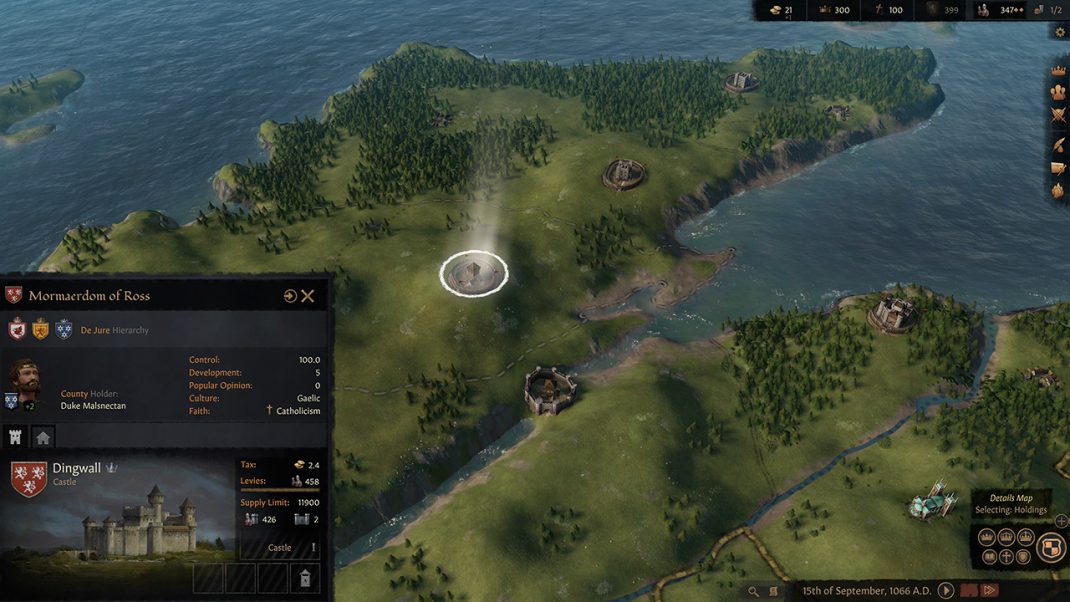 STOCKHOLM – 14 May 2020 – The herald rides forth to make the announcement all have awaited. Court and commoners hold their breath in anticipation. Jealous rivals, thwarted in their plots, sulk in the shadows, for the glorious day is coming. Crusader Kings III, the heir to the crown of grand strategy gaming, will take its throne on September 1, 2020.

Now available for pre-order, Crusader Kings III is a medieval grand strategy role-playing game from Paradox Development Studio. Guide a royal dynasty through the centuries. Claim new lands through diplomacy and marriage, or use your armies to conquer your neighbors or unite a divided realm. When swords and seduction fail, however, spies and poison may still be effective.

Crusader Kings III is the sequel to one of the world’s most beloved strategy games. Rich with new historical content and character options, it has never been easier to wrap yourself in the ermine cloaks of power, writing your own story of castles, knights, crusades, and murder.

Features of Crusader Kings III include:

Crusader Kings III is available for pre-order at major online retailers and the Paradox store for a suggested retail price of $49.99/ £41.99/ €49.99 and will be available to desktop monarchs on September 1, 2020.