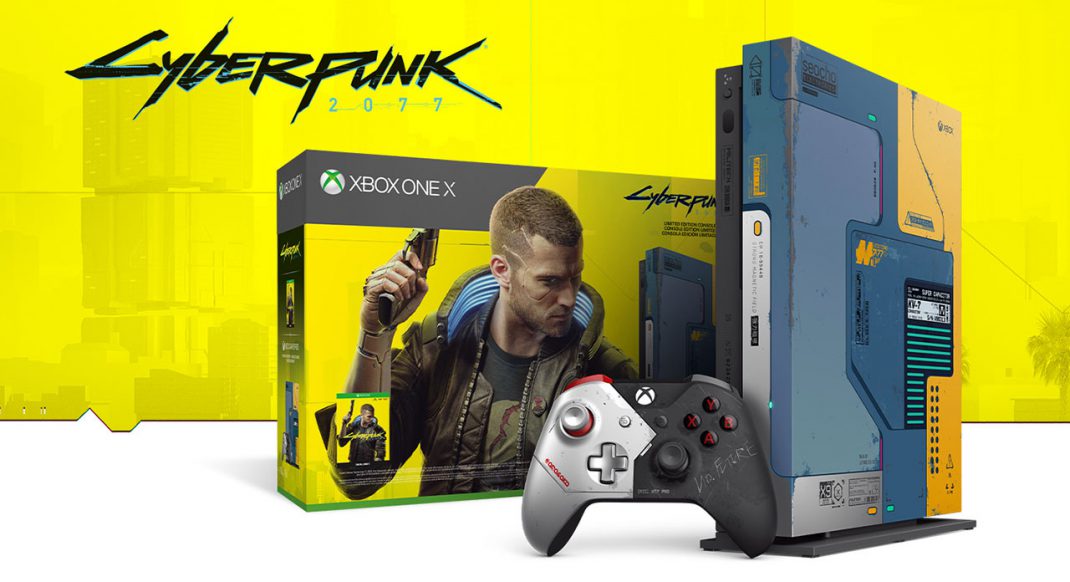 April 20, 2020 – Created in collaboration between designers from CD PROJEKT RED and Microsoft, the limited-edition, 1TB console encapsulates the urban decay and vibrant tech of Night City. Its design features glow-in-the-dark elements, custom decorative panels, LEDs, color-shift effects, and textures — all evoking numerous facets of Cyberpunk 2077’s dark future setting. The console comes with an Xbox wireless controller uniquely inspired by the character of Johnny Silverhand, featuring a half natural, half cyber-enhancement chrome design. Available as part of the bundle later this year, the controller can also be purchased separately right now at select retailers, including the Microsoft Store.

Bundled alongside the console and controller will be an Xbox One digital download code for Cyberpunk 2077 and other surprises that will be announced soon. Additional details regarding the bundle and controller are available on the dedicated website.

Cyberpunk 2077 will release September 17th, 2020, for PC, Xbox One and PlayStation 4, with the version for Google Stadia set to launch the same year. For more information regarding the game, follow Facebook, Twitter, and visit cyberpunk.net.