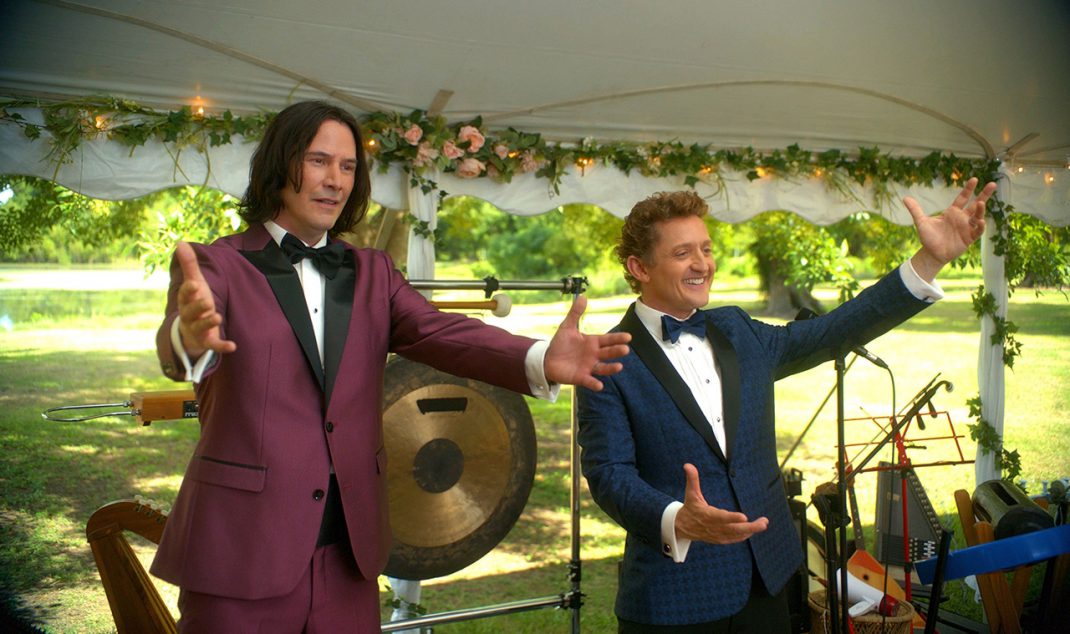 Orion Pictures has released a new image from BILL & TED FACE THE MUSIC, which shows William “Bill” S. Preston Esq. (Alex Winter) and Theodore “Ted” Logan (Keanu Reeves) looking sharp in colorful suits. The stakes are higher than ever for the time-traveling exploits of the now middle aged best friends as they set out on a new adventure to seek the song that will set their world right and bring harmony in the universe, helped by their daughters (played by Samara Weaving and Brigette Lundy-Paine), a new batch of historical figures, and a few music legends.