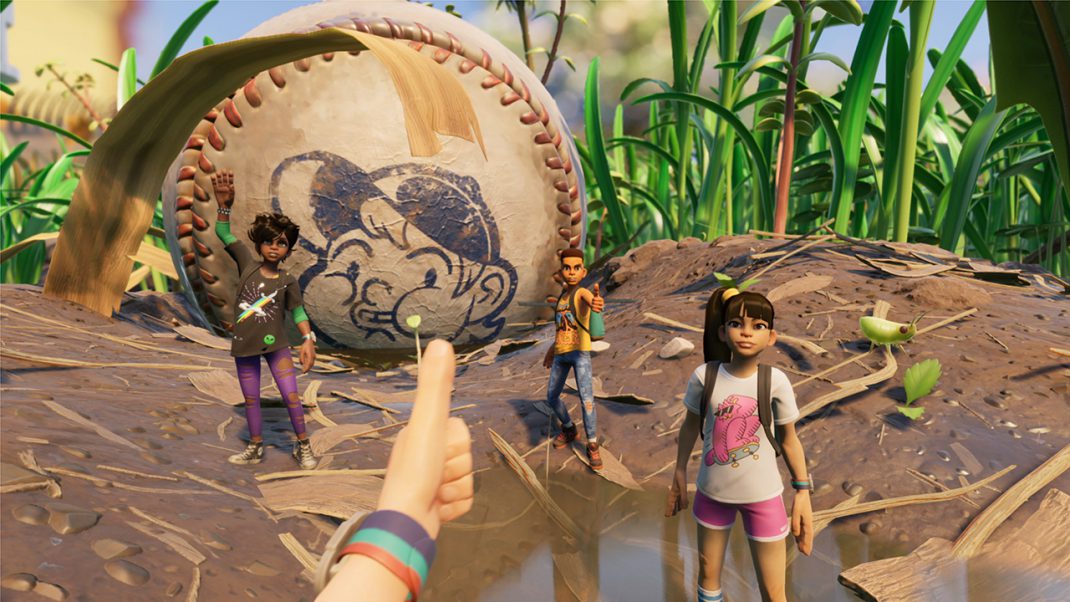 Irvine, CA – November 14, 2019 – During X019 in London, the annual global celebration of all things Xbox, Obsidian Entertainment and Xbox Game Studios today announced Grounded, a new first-person, co-op survival game from the renowned studio that created Fallout: New Vegas, Star Wars: Knights of the Old Republic II, the Pillars of Eternity franchise and the recently released sci-fi epic, The Outer Worlds. Grounded will be available Spring 2020 for Xbox One digitally through Xbox Game Preview and with Xbox Game Pass, the Microsoft Store, and on Steam. Grounded will be the first Xbox Game Preview title available with Xbox Game Pass.

In Grounded, you are shrunk to the size of an ant and must survive in the beautiful yet perilous micro-world of a suburban backyard. This harsh and dangerous landscape can be navigated solo or with up to three additional players in co-operative multiplayer, as you work together to progress through thrilling story-based missions or explore the farthest reaches of the intricately detailed game world.

You must gather, craft and build bases with everyday objects, searching for life-saving resources such as the dew off grass to quench your thirst or transforming an acorn shell into body armor to defend against a host of unpredictable creatures. Can you thrive against the hordes of giant insects, fighting to survive the perils of the backyard?

“Grounded is a true passion project for the team,” said Feargus Urquhart, CEO at Obsidian Entertainment. “We pride ourselves as being a creative studio and can’t wait to bring our expertise to the survival genre.”

“Grounded offers our unique take on survival games, creating an unforgettable experience,” said Adam Brennecke, Game Director at Obsidian Entertainment. “It’s a perfect setting to flex our creative muscles. We want to create a versatile sandbox where players can create their own memorable experiences.”

“We first saw Grounded in development last year when Obsidian Entertainment joined our team. The game exemplifies the innovation we’re excited to see from them in the years ahead,” said Matt Booty, CVP of Xbox Game Studios.

Grounded will be available in Spring 2020 on Xbox One digitally through Xbox Game Preview and with Xbox Game Pass, and for PC through Xbox Game Pass for PC, the Microsoft Store, and on Steam. Grounded has not yet been rated by the ESRB. For more information, subscribe on YouTube, follow on Twitter, become a fan on Facebook, or visit Obsidian.net and www.xbox.com/games/grounded.