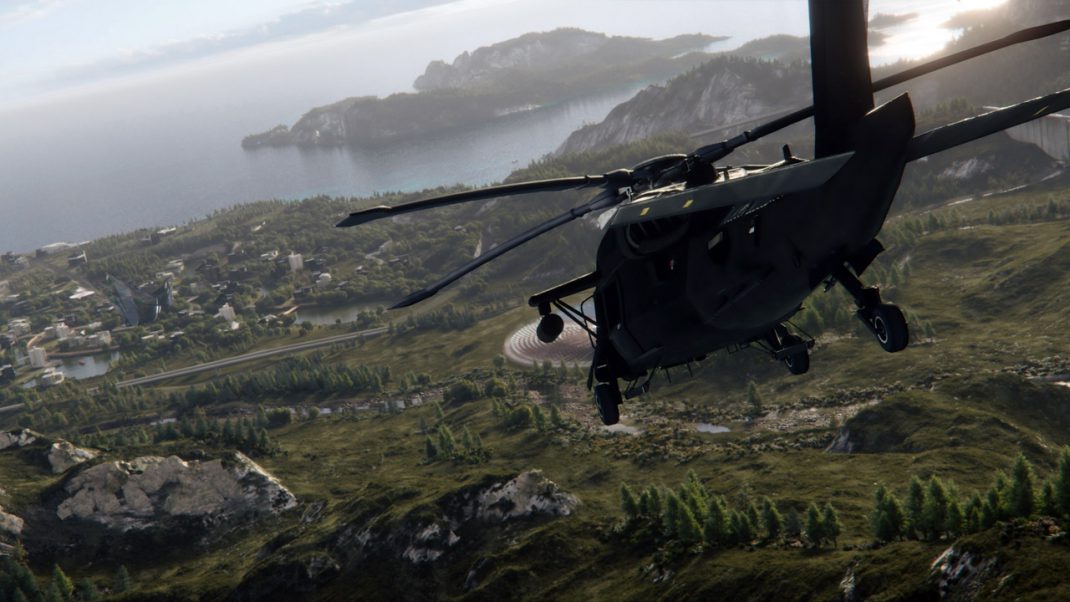 One of the first things that has to be said is that Tom Clancy’s Ghost Recon: Breakpoint is beautiful to look at: the environment is complete eye candy while also serving a purpose. Every vehicle is very detailed and destructable, it doesn’t just go from fine to exploded you see damage from bullet holes to blown radiators or crumpled quarter panels. It’s really the subtle things throughout the forest that show the dedication to the world. Different surfaces make different noises when you traverse them. If a cliff has any holds that might be climbed then you can do so. If an enemy patrol is passing you can lay prone and cover yourself with dirt, mud, or plants to better camouflage yourself. If you are running across snow or down a ridge and you get going too fast, you trip and start tumbling. If something would make bad cover to stand behind in real life then it isn’t going to do much better in the game. You go into complexes and industrial structures, there are a lot of Cold War Era buildings suggesting that this island may have been mostly a series of secret military installations that were abandoned, and all of it is rendered beautifully.

It’s not just eye candy it is also ear candy where it sounds like they got sample from the weapons themselves bringing a great realism to them as well, you can hear the difference between a slightly silenced weapon and a better silenced one and you can tell a difference in the sound of each weapon to the point you could tell which one it is with your eyes closed. This is pretty much expected of games these days but it should still be appreciated. And the voice acting of Jon Bernthal of The Walking Dead and “Marvel’s The Punisher” Netflix series is outstanding – even if underutilized. 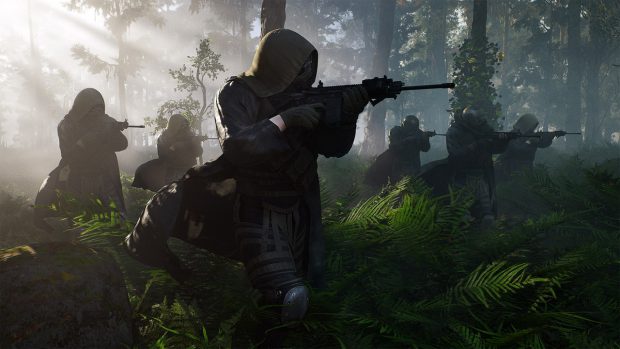 The weapon system keeps you constantly upgrading which is good but only has so many different guns to choose from. It’s nice because you don’t spend the whole game trying to find some obscure weapon instead the weapons have an almost RPG style of upgrading, you find common ones up to epic class but it is the same weapon at its core. The best parts of the weapon system is you can open the gunsmithing window on the go which allows you to dismantle old weapons for parts to use as upgrades to your weapons such as better silencers, scopes and rail attachments. So when you find a new weapon you like better you can apply the attachments you want for that particular gun and the game saves it to the gun not the slot. So for example if you have a sniper rifle with long scope and muzzle flash guard if you load a machine gun in that slot it will have whatever you saved on the machine gun like a red dot scope and extended magazine. If you take a couple minutes and go through and set up all your guns in your inventory to how you want them you will be able to use them on the fly. It would have been fun to have a few obscure weapons to find but since these games try for more realism that just wouldn’t make sense for this franchise.

Another aspect that the game borrowed from RPGs is the skill system where you select a class then add skill points to the sub talents. The skill classes are Field Medic, Sharpshooter, Assault, and Panther and some sub-classes such as Gas Grenade, Cloak And Run and Healing Drone. Though you commit to a class you can then choose from overlapping subclass choices so you don’t find yourself in a strict adherence to the classes’ overall themes. This means just because you like to sniper a lot doesn’t mean you don’t need some armor busting skills when you find yourself fighting up close and personal. One of the best things in this game is bivouac locations that allow you to basically rest up, make changes to your builds, buy and sell weapons and a few other handy dandy things so you don’t have to run across the map to the starting base every time you want to make a change. The game even has fast travel to located bivouacs so if you have some friends come on and want to play with them but everyone seems to be set up as snipers you can change your class setup to what works best for the group. Breakpoint is strongly about having options on how you play which actually makes sense, real world counter-terrorist operators know the plan from everybody’s position so if a teammate goes down the rest of the team can pick up the slack. 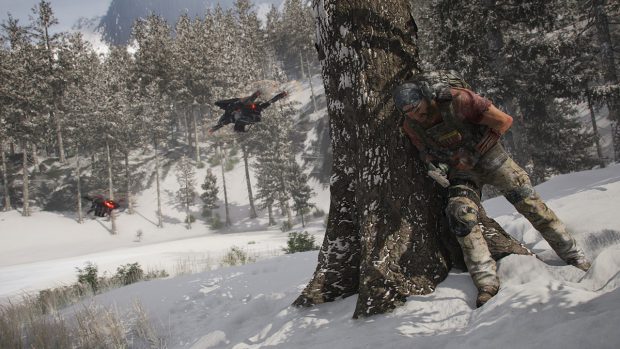 This brings me to one point of contention that will be fairly universal and that is this game has a definite pay-to-win aspect to it. You can buy the higher additions of the game but there are still tons of micro-transactions that can do more than just add to the aesthetics of the game. If you are willing to spend lots of money you can get any weapon, attachment or vehicle by purchasing it with real world money. Some of the things such as special patches, camo patterns, emotes or tattoos are just for looks and fun which I am all for, I have done that many times myself. I once had a Santa Claus costume in a FPS and I kept yelling “The naughty no longer get coal for Christmas now they get lead!” then some other player gets wasted by Santa but I didn’t shoot him with “The Naughty Gun” or something with huge bonuses. It was just for fun and there are several things in the store like that. If you want to spend money on more useful things you can buy attack helicopters that you can spawn and tear havoc death from above across a map. You can buy all the guns and all the attachments so if you want you can start the game with everything so that players who have been struggling to get something to attach to their gun’s rails through lots of game play are at a disadvantage. The argument can be made that if you are patient and dedicate enough time to the game you can get access to all these items but that is severely limited in comparison to those who open their wallets to Ubisoft. Apparently the Ultimate Edition of the game doesn’t even have most of the items. It is very smart that the Gold Edition and up come with a year season pass to keep new content dropping for over a year keeping players coming back for more content but one is left to wonder how much will also be added to the store over that period.

The game also has PvP which is 4v4 on small maps which feels like a little bit of a disappointment since you get used to having so much room to move around and so many enemies everywhere then you have a smaller map with only 4 enemies. I have to truly applaud Ubisoft for scaling the players’ weapons and gear to a common point in PvP so that pay-to-win players don’t come in and pulverize those who are working for their items like some games I have played over recent years, though one might argue that some players want to upgrade for PvP instead of just PvE. Thankfully this is pretty evenly grounded.

Tom Clancy’s Ghost Recon: Breakpoint is a terrific edition to the Ghost Recon series and Tom Clancy’s games in general. It has a few drawbacks and is still a little glitchy but none of the cons outweigh whether or not to play it, it is a great open world mixed with solid FPS mechanics and RPG style talents and upgrading while still allowing for customization and changing emphasis. Personally I fell for the single player aspects but once more of my friends get one and play I’m sure we will squad up and give Lil’ Wayne a run for his money.

Editor’s Note: Readers should also know that, as of now, there are no AI teammates in Breakpoint. So you’ll have to make do solo, with your limited drone, or with multiplayer modes until that time. Ubisoft has claimed they are working on this addition, so let’s cross our fingers.