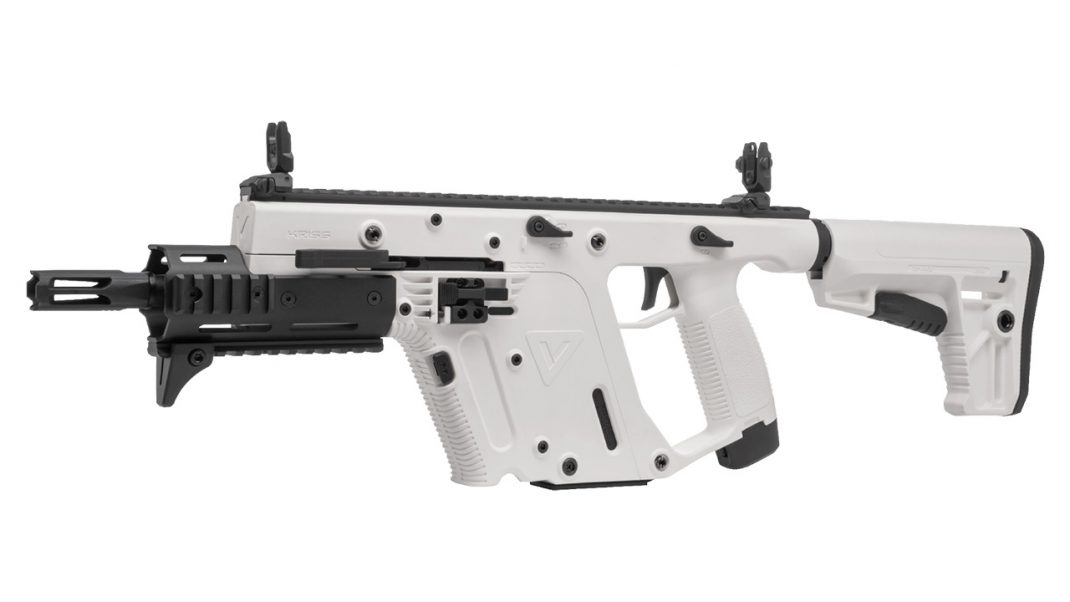 October 17, 2019 – Brea, California, USA – Today, KRYTAC® announce plans to release a new limited edition KRISS® Vector, an M-lok version of the Trident M4 PDW, and a 150 rounds capacity M4 magazine. All three new products will be on public display for the first time at Airsoftcon 2019, October 19th, at the Evike.com Super Store in Alhambra, California. 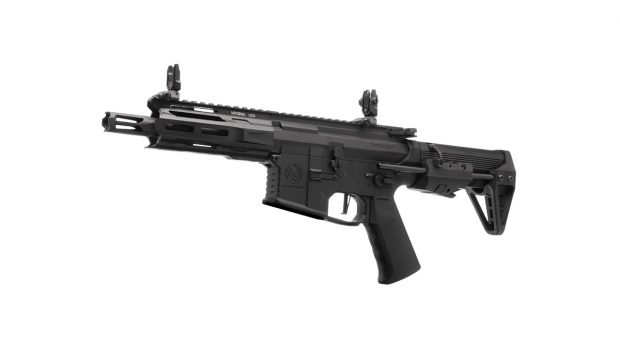 The second new AEG that KRYTAC® announce is the Trident MKII-M PDW, an ultra-compact M4 style CQB AEG. In addition to the new 5” free floating M-lok rail, this PDW features the newest version Compact Carbine Stock. When compared to the previous model, the new CCS offers several improvements, such as a larger battery compartment with tool-less access. The CCS now offers pull-to-extend deployment, allowing the user to extend the stock one handed, without pushing any buttons or levers. Finally, a sling attachment point has been added that is reversible to accommodate left and right handed players.

Internally, both the Limited Edition Vector Alpine and the Trident MKII-M PDW feature the new Airsoft T-Plug battery connector, with Tamiya adaptor. The Airsoft T-Plug is smaller, provides a more secure connection, and functions with substantially less resistance, versus the traditional Tamiya plug. The Limited Edition Vector Alpine and the Trident MKII-M PDW are the first KRYTAC® AEGs to supercede the the T-Plug over the Tamiya. Regarding the transition to the Airsoft T-Plug, KRYTAC Product Manager, Allen Lau states, “The Airsoft T-Plug, commonly referred to as Deans Plugs, has been the connector of choice among top level technicians for decades, due to the performance gains and space savings for high performance AEG builds. We are very excited to offer this superior battery connector as an OEM configuration, and continue to exceed user expectations for out-of-box performance.” 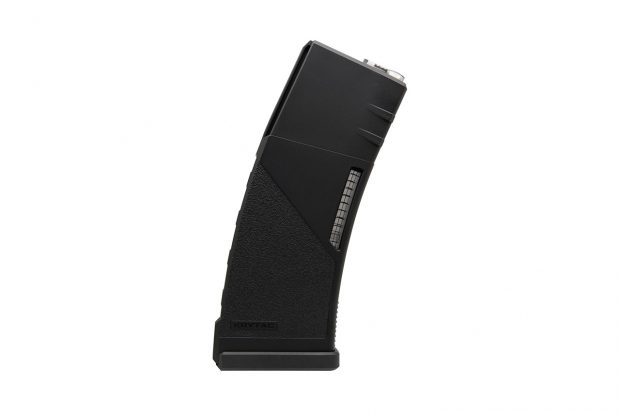 Finally, the KRYTAC® M4 Magazine, a 150 rounds capacity magazine designed to resolve common gameplay perplexities. The M4 Midcap features dual translucent windows along the BB track and a high visibility orange follower. The bottom of the windows indicated 30 rounds between it and the feed lip, to quickly identify remaining capacity. The triangular button securing the baseplate is also made of high visibility orange, and acts as a forward indicator for orientation identification. In order to ease maintenance and cleaning, the KRYTAC M4 Mag features a multi-piece construction with a clear core, disassembly of the mag body, spring, and follower can be performed without any tools.