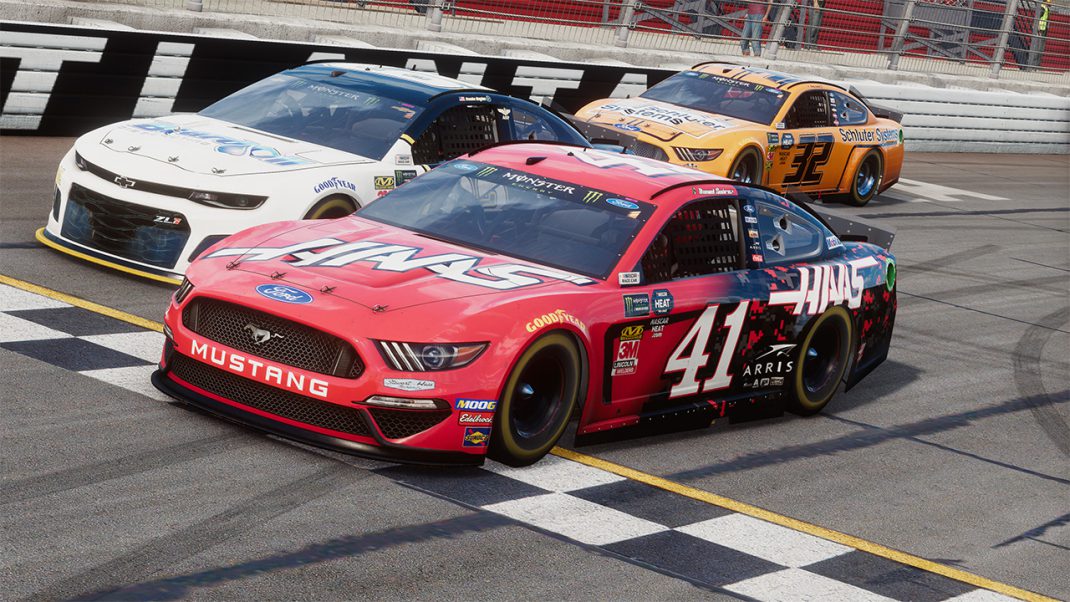 Everyone has certain game types that they are drawn to.  A game that they can work with for hours on end to develop their skills on and become better and better at.  Racing games is not that type of game for me, never has been.  I like a good racing game, but I don’t stress over every little detail of tuning on my car before each race.  I like to jump in, hit the gas, and maybe throw a red shell or two.  But there are those of you that are out there that have oil running in your veins, that stress over how fast your tires are wearing out, and love finding that perfect entry into a tight corner.  704Games has released  NASCAR Heat 4 for that latter group.  NASCAR Heat 4 is a vast improvement over last year’s NASCAR Heat 3 in many ways, while still having some imperfections that keep it from being the perfect NASCAR racing game.  Let’s take a deeper look with our review of NASCAR Heat 4. 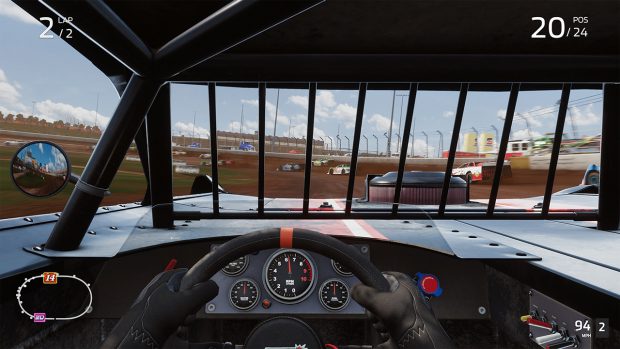 NASCAR Heat 4’s story mode is simply their Career Mode.  You will create a driver and a car and begin racing through the ranks, starting off as a dirt track racer.  The customization options for NASCAR Heat 4 are pretty robust.  You are still limited to how you can customize your car or truck, but NASCAR Heat 4 has definetly expanded it’s options over last year’s version of the game.  Once you have your driver and car ready, you will hit the track with the first set of races.  Racing is broken down into three stages:  Practice, Qualifying, and the Race.  In practice, you will drive around the track to get a feel for how your car will handle and how the track will affect your driving.  You will have a target time you are aiming to hit during these practice runs.  You will then need to qualify to determine your pole position, then finally race against the rest of the A.I. drivers.  During these stages, you will be able to fine tune your vehicle based on what you learned during practice and qualifications.

After each race, you will be awarded your race money.  This money will go towards improving your car, buying a new car, or hiring more employees.  Between races you will also have to manage your pit crew and staff’s skills.  Also, depending on how you raced, this will affect your relationship with the other racers in the series.  You will get a feeling for how the other racers feel about you through little Tweets that you can respond to by either complementing or insulting the racer, further changing your relationship with them.  As you get better, you will earn more money and get different sponsors, and this will allow you to continue to improve your car. 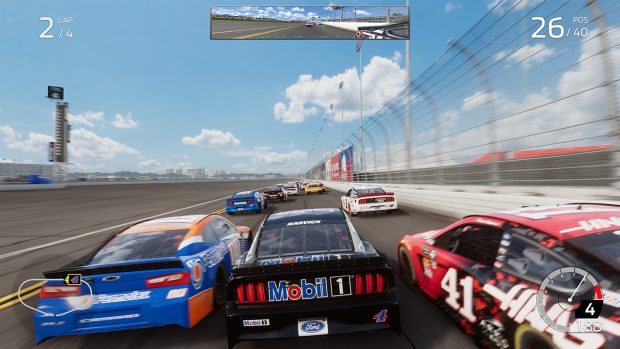 NASCAR Heat 4’s career mode plays like a typical sports game career mode would.  It really focuses on the actual racing rather than developing any type of story around your character.  The segments in between the races aren’t even animated or voiced over, you just get text boxes from your agent as he explains the next steps in your career.  This is nothing like FIFA 17, there isn’t any drama or character development here.  The only narrative here is what you what to get out of it. This is not to say that NASCAR Heat 4’s career mode isn’t deep, but it is really made for the hardcore racers out there.

To start things off, there are many ways to play NASCAR Heat 4.  Besides the Career mode, you have Challenges, Quick Race, Championship, Online Multiplayer, and Split Screen.  It was great seeing NASCAR Heat 4 with a Split Screen option, literally being the second game I’ve played this week that allows this option still (the other being Borderlands 3).  Each game type being exactly what you would think it would be.  The bread and butter of NASCAR Heat 4, in my opinion, is really the Career Mode.  The rest of the game types are fun, but have issues all their own.  For instance, multiplayer will be able to host 40 players online, but there is absolutely no guarantee that they won’t be complete jerks and just try to ruin a good race.

The biggest change in this year’s NASCAR Heat 4 is the tuning.  If you had your cars on lock down last year, you will need to redo all of your tuning for this year’s version.  In preparing to write this review, I listened and watched some other verteren players go through some of the races and how they were talking about how hard it is to control the cars NASCAR Heat 4’s A.I.  Some were talking about the rubber banding issue, where cars would catch up with the player to pass them, but they would also notice that these cars would then seem to slow down so the player wouldn’t fall that far behind either.  It seems that 704Games is trying to fine tune the A.I. to make it challenging without being frustrating, which I appreciate.  But I had a hard enough time trying to get around a dirt track in the time that the pit crew set.  I could never find the right line that would get me around fast enough but still in control.  This did eventually get better with better tuning and staff, but it was hard in the beginning.  You won’t win your first game, or your second, or even your tenth, but keep at it and you will get better. 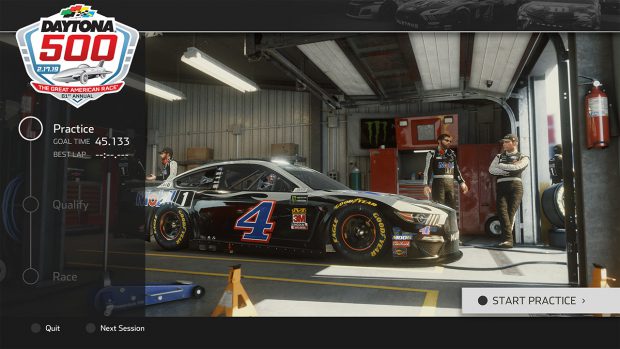 When it comes to aesthetics of NASCAR Heat 4, functional is the best word I can use to describe them.  The visuals are good, not great.  The people, the cars, the tracks, and the weather all look decent enough to do the job without wowing the player.  The same goes with the sound design.  The roar of the engines is exactly as it should be, while your spotter will constantly give you directions through your radio.  The music is pretty generic, mostly generic rock or generic country.  I didn’t recognize any of the tunes that played during game play or the intros.  The aesthetics does the job that it needs to, nothing more and nothing less.

NASCAR Heat 4 is, hands down, the best NASCAR game I have ever played, but it also is one of the unfriendliest when it comes to people that don’t know what they really are doing.  If you are a NASCAR fan and are looking for the best video game representation of NASCAR, then NASCAR Heat 4 is for you.  If you are like me, more of a casual racing fan, then you might be better off sticking with something else, but you can still appreciate the finesse and complexity that NASCAR Heat 4 can bring.  NASCAR Heat 4 is available now for the Xbox One for $49.99. 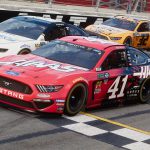