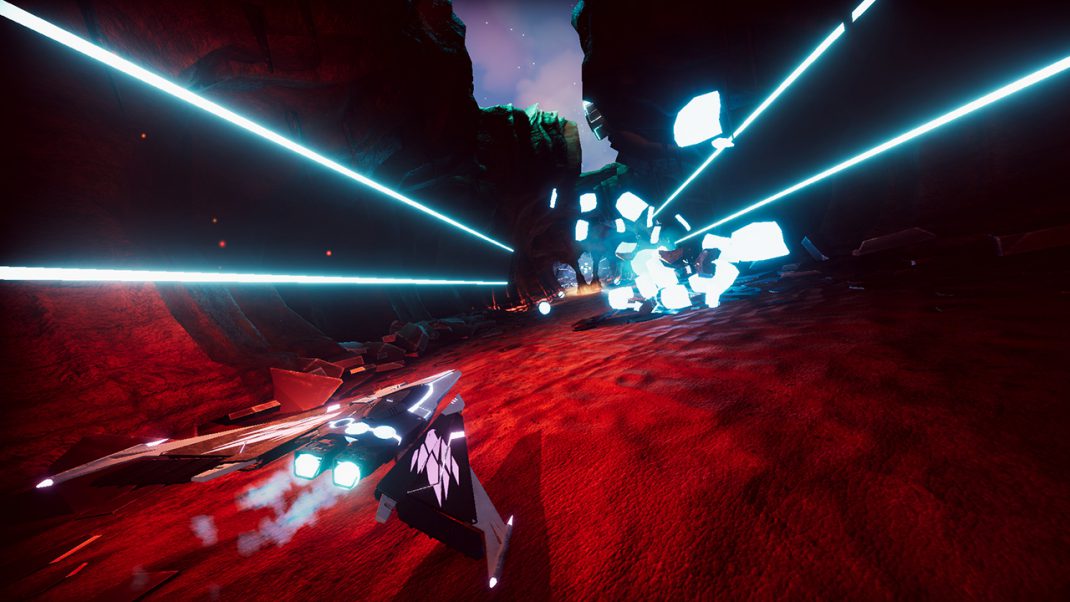 Spain / The Netherlands – October 4th 2019 – 2Awesome Studio in partnership with BoxFrog Games is proud announce the launch of Lost Wing Closed Beta on Steam today! Lost Wing will come soon after to Steam, Nintendo Switch™, PlayStation®4 and Xbox One!

Lost Wing is all about speed, guns, and points. Storm your way through brutally-challenging environments and destroy the mega bosses for a chance to top the leaderboards! Featuring a deep electronic soundtrack and stunning neon sci-fi visuals. “Ever wondered what would happen if you mixed Wipeout and Thumper and added online leaderboard competition? That’s what we set out to do with Lost Wing”, said Tim Ash, Director of BoxFrog Games.

Interested players can join now our Discord server or register at lostwinggame.com to get a Steam key for the Closed Beta.