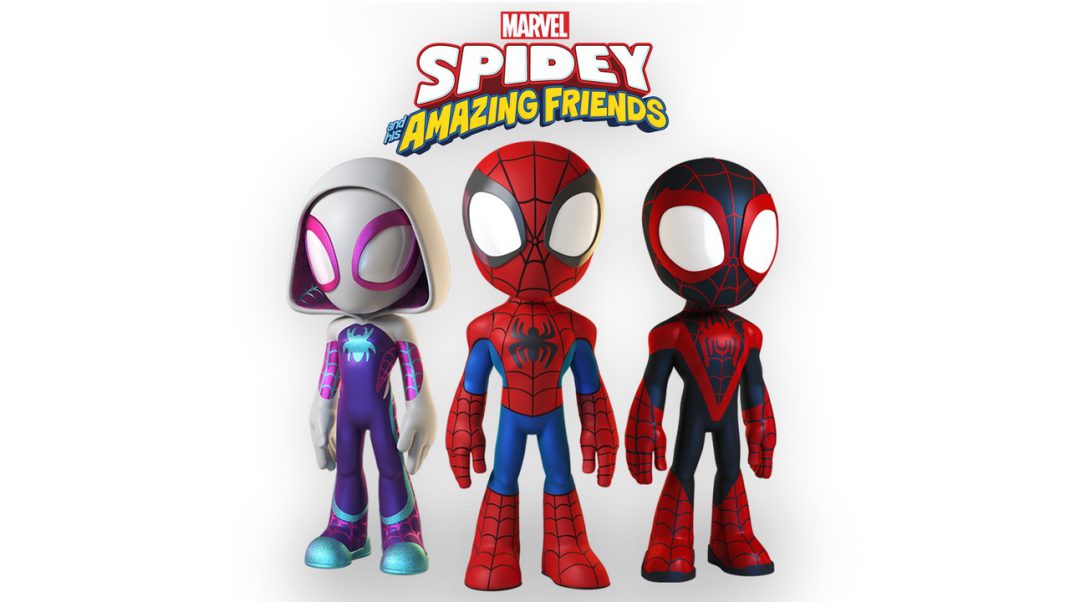 Marvel’s Spidey and His Amazing Friends Announced for Disney Junior

ANAHEIM, CA (August 23, 2019) – Marvel Animation & Family Entertainment announced today during their panel at Disney’s D23 Expo, a new original animated series for Disney Junior, “Marvel’s Spidey and His Amazing Friends.” Geared toward preschoolers and their families, the series is set to debut in 2021 and will be the first full-length Marvel series for the Disney Junior audience

Our favorite neighborhood web-slinger is used to working solo, but now Peter Parker must discover what it takes to become a truly amazing super hero: being a spider friend who works well with others. Together with his friends Miles Morales and Gwen AKA Ghost-Spider, they will team up with heroes such as Hulk, Black Panther and Ms. Marvel, to defeat evil foes and learn that teamwork is the best way to save the day.

“Preschool kids already love Spidey, so they’ll be delighted to have Peter Parker thwipping across their screens in this new series” said Cort Lane, senior vice president, Marvel Animation & Family Entertainment. He added, “Everyone at Marvel is thrilled to launch our first preschool series on Disney Junior, the gold standard platform for the audience. We believe parents and kids will be excited about these stories filled with themes of friendship, cooperation, solving problems and using your abilities to help others.”

Joe D’Ambrosia, senior vice president, Original Programming and General Manager, Disney Junior said “We’re thrilled to be working with Marvel on this new series showcasing the exciting adventures of Spidey and his friends as they model the importance of teamwork and helping others in their community. This is the perfect series to introduce preschoolers to the super hero powers of friendship and working together to help others in need.”