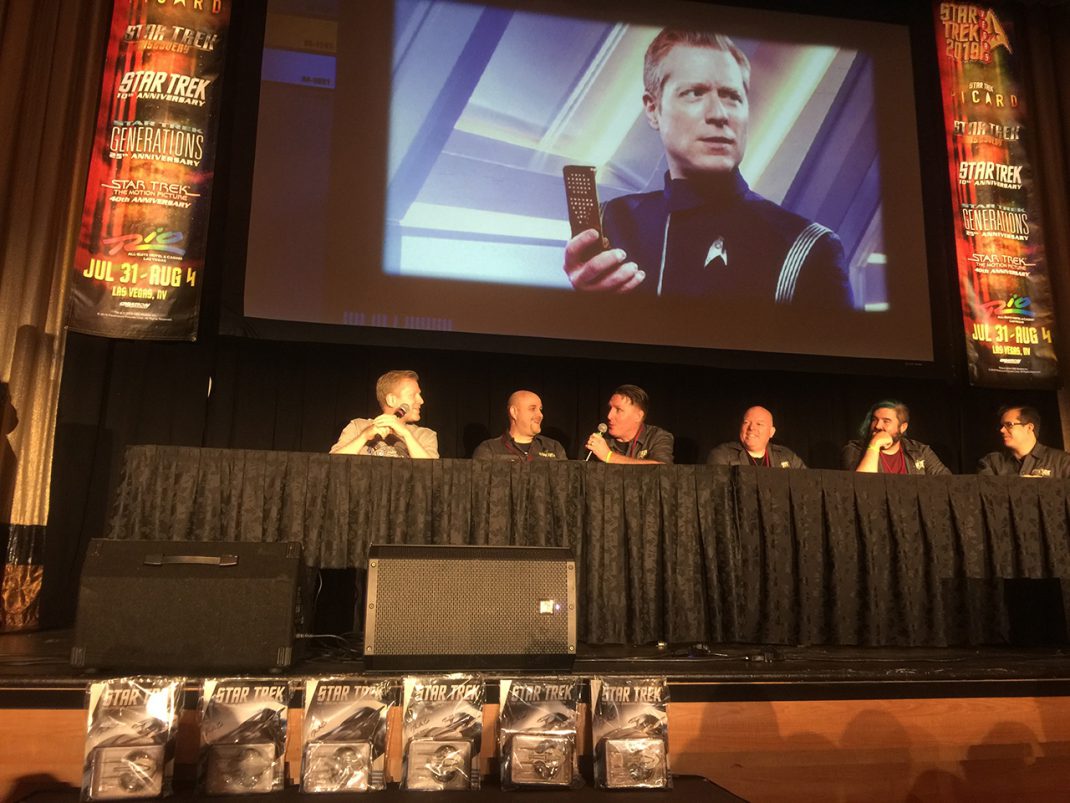 When it comes to conventions most follow a very tight track of what is going to happen to make a minimum amount of appearances play out through a whole weekend. you almost always know who will be there ahead of time as well.  Then you find yourself at a Creation Entertainment event and your realize at isn’t the only way you can do a con, for some conventions the source content is so robust that you literally can’t have every possible guest attend because of the mammoth amount of material to folks to work with. This is nowhere more self evident than Star Trek Las Vegas.

Some people might think that because of how much source material there is that Creation might just pick a little from many parts but they don’t, they start the con with Klingons and and the cast from the show Enterprise and it never slows down with casts from Discovery, Deep Space Nine, TNG and a panel of the different wines and spirits with Trekkie names such as Chateau Picard from the Bordeaux region of France and that was just the Wednesday opening celebration, the con continued on through Sunday.

The convention was basically set up with different meetings in different rooms with a main marketplace type room where you can buy art or collectibles with a SciFi or Horror flair, the Rodenberry podcast people were right in the middle live broadcasting and the whole room is ringed and filled with lots of tables where you can find your favorite celebrity from the obscure ones to ones that are considered national treasures.

There are a few really neat exhibit halls which have a VR tour of the bridge in one, a museum for Picard in another and the granddaddy of amazing exhibits has to be the recreated TOS Enterprise bridge (for the right money you can get your pic taken on it with members of the original cast like Shatner and George Takei, though never those two at the same time).

The meeting rooms were mostly divided by the big hall which is gigantic and has the most celebrities, the medium room where you get the latest information on games  and more intimate meeting with plenty of people but not necessarily the draw of the first room’s audience. Then the last one is a small meeting room on the side of Quark’s Bar which is mostly academic discussions some of which can run really deep into scientific theories on what in the Star Trek Universe has a stronger basis in real life facts even going as far as saying many of them are on the near horizon for man instead of many more lifetimes to go.

I made sure to check out my favorite niche which is, of course, video games. From the Dave and Buster’s VR game to a couple mobile games I play I wanted to talk to the developers a bit to the group putting out an interactive battle gaming machine which will hopefully hit a casino floor near you soon! They are even holding a contest to get people’s likeness added to the game’s cast (I would make my mom proud if I won!). Definitely have to mention Star Trek Fleet Command when on the subject, it’s a really full mobile game with special ships, famous crew great graphics, though it is a bit glitchy, I’ll keep you updated on that.

The game I really wanted to see more of and luckily got to was Star Trek Online, a MMORPG that takes players on both space and away missions doing. They follow a future timeline that allows it to interact with all the characters from all the different Star Trek properties. The big news right now is having Anthony Rapp reprise his Star Trek Discovery role just as Mary Wiseman, Jason Isaacs, and Rekha Sharma have already done. This helps make the game feel as close to playing through an episode as possible. You build your character from scratch and collect ships like people in other MMORPGs collect mounts, which when you consider customization of each one (different bridges, hull designs and gear builds) is a pretty staggeringly high number. You also collect shipmates and pets and though you technically can’t play special duty officers you can collect them and use them in different parts of your voyages. The next season is called Star Trek Online: The Awakening which stars Anthony Rapp and the Mycelial Network glowing… growing? We will all have to wait and see.

This year one of the fun standouts in the marketplace was the Dave and Buster’s VR game that starts with you on a new science ship taking readings of an imploding star when it implodes early, right as The Klingons show up and tell you they plan to make you past tense. Oops! it’s up to you to protect your ship and the disabled Kelvin timeline Enterprise while she tries to recover her shields. The game is a hydraulic arm motion VR ride with multiple endings and multiple subjects such as Jurassic Park. I went through it multiple times and the time I went alone Spock wasn’t so happy with my performance and called me out on it throughout the game and ending so it’s not just a different ending you have you might take shade from a cast member or two. The ride is located in multiple Dave And Busters’s and though it was free to play on the floor it costs $6 a round at D&B’s.

A couple of my favorite interactions this weekend was getting a couple of tribbles courtesy of Star Trek Online and Tribbletoys.com. I always said I would pick up a couple some day (you can’t only get one tribble). I got to meet one of my favorite actors who is in everything it seems while not getting top billing, the amazing Clint Howard who started working as a baby and is still doing work which currently adds up to 249 roles  and that’s if you don’t count 46 times appearing as himself! He’s rich with stories and amazing good about sharing his time with his line, it’s not a quick sign and move you along dance, people semicircled in front of his booth so they could all hear him chat while waiting for their signing. He didn’t strike a person as just some quick money, you wanted to go to dinner with him!

Just as nice and talkative had to be Chase Masterson who was absolutely sweet to chat with while giving autographs for donations to her personal cause Pop Culture Hero Coalition, an anti-bullying organization, a subject so dear to her that she wrote the book “Bullied: What Every Parent, Teacher and Kid Needs To Know About Ending the Cycle of Fear”. She is truly an amazing person.

I could go on for days about how much fun this convention is, it was action packed with all the meeting rooms and marketplace constantly full of things going on and celebrities all around. I walked past Steven Weber a few times (he’s in our household’s favorite version of The Shining as well as Wings as so very very much more). Sweet Nichelle Nichols was a trooper manning her table for huge crowds and I missed my chance to say high again to Doug Jones because everybody else in the con wanted a bit of his time too it seemed.  Besides autographs there were also photography available professionally through Creation Ent. or getting a selfie or add-on to an autograph at the table. Generally the table are cheaper than the pictures but you pay for quality or location: some of the cast were available for pictures on the TOS bridge.

If you really want to do the convention right and get the absolute most out of it you would want to go with Gold VIP level ($1099) so you have your own reserved seat in the front row of the convention as well as priority picture taking and such. The bottom would be a one day pass sometime during the five days with the price being different each day. The best minimum would be an one day pass ($60-75) which just gets you in no additional goodies. The second highest is The Captain’s Table ($659) which gets about half the goodies. The cost seems somewhat prohibitive but the convention has lots of people from opening on Wednesday to last panel on Sunday, the price is high enough to keep it from getting zooed but low enough for the place to keep busy.

Creation Entertainment’s Star Trek Las Vegas Convention is probably the best Sci-Fi convention in the world which is a bold statement but a person needs only to look at the program or make it once to know just how special of an event that it is. Hopefully I can hit one of Creation’s other conventions that head through town to give it a comparison. Until them I will just remain gobsmacked by the amazing voyage. 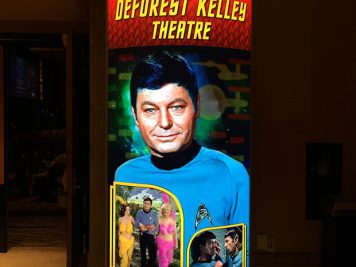 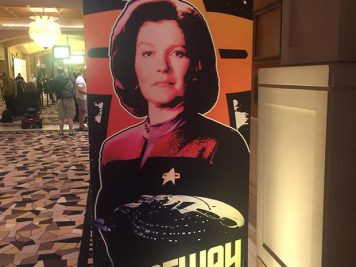 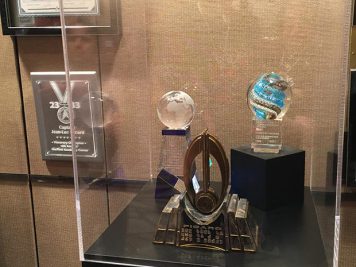 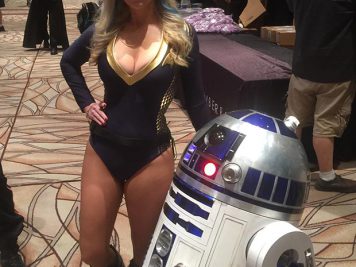 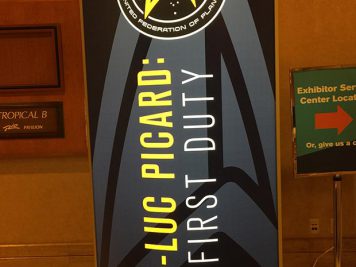 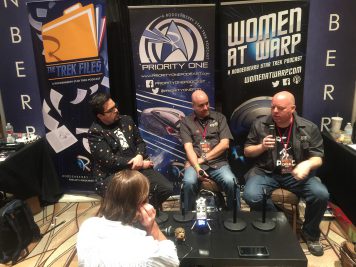 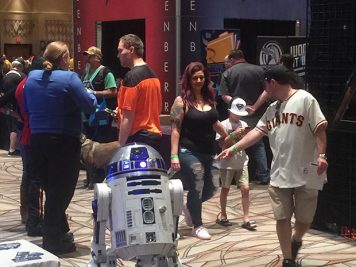 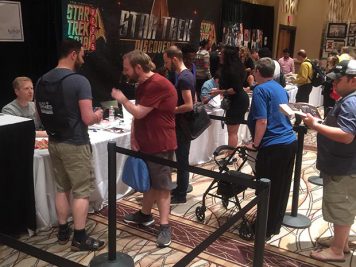 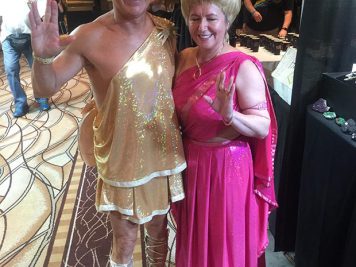 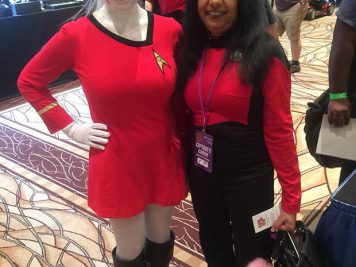 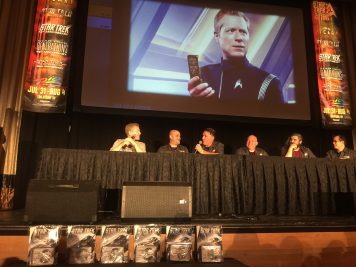 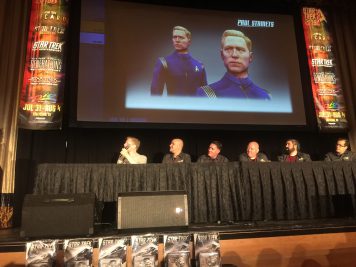 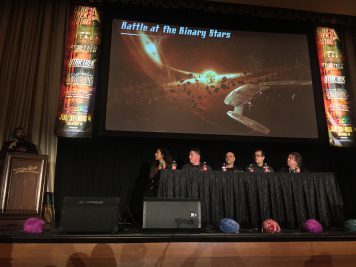